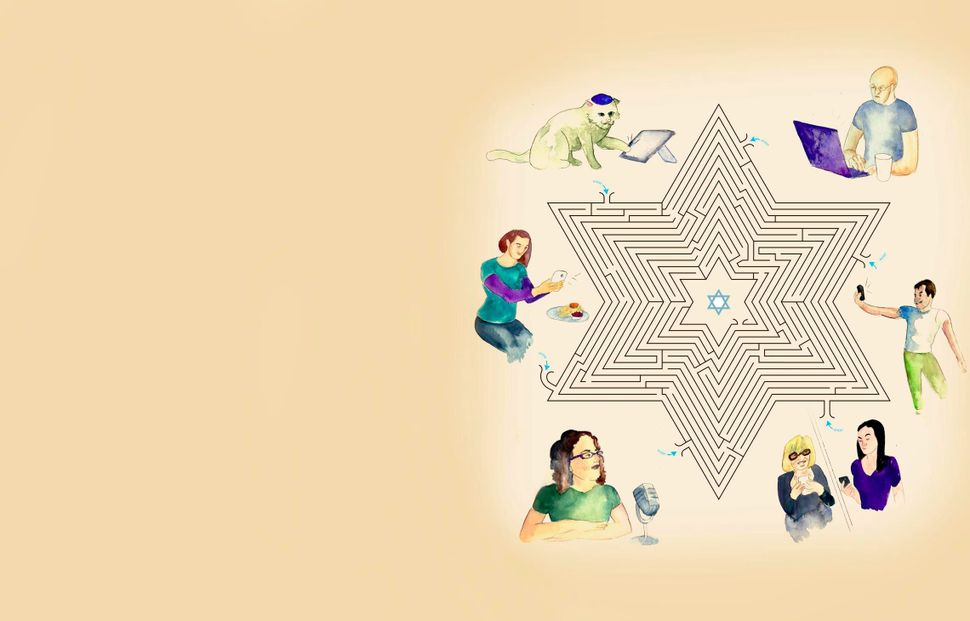 So it’s only natural, then, that the Internet would have a flock of talented, resourceful, sometimes-controversial Jews who have found ways to harness its “series of tubes” (in the immortal words of former U.S. Senator Ted Stevens) to achieve fame, acclaim and financial success. And while Internet Week may have ended a while ago (May 24) and we’re still a couple of months away from Internet Day (October 29), there’s never a bad time to meet these Members of the Tribe driving today’s digital conversation.

But a couple brief disclaimers before we dive in. First, this list is meant to start, not finish, the conversation. Given how vast and varied the Internet is, we can never capture it all with a few thousand words. Mark Zuckerberg, Sheryl Sandberg, Nate Silver, and any number of other digital Jewish luminaries don’t appear on the following list. And we invite you to contact us at [email protected] to tell us who else we left out, and why they matter.

Second, while the people we profiled are easy to find online, they’re considerably tougher to get on the phone. Try as we did to email, tweet at, and Facebook message them, most declined to comment or respond to our requests. In one case, a prospective interviewee got arrested during the week we were scheduled to speak. More on that later. 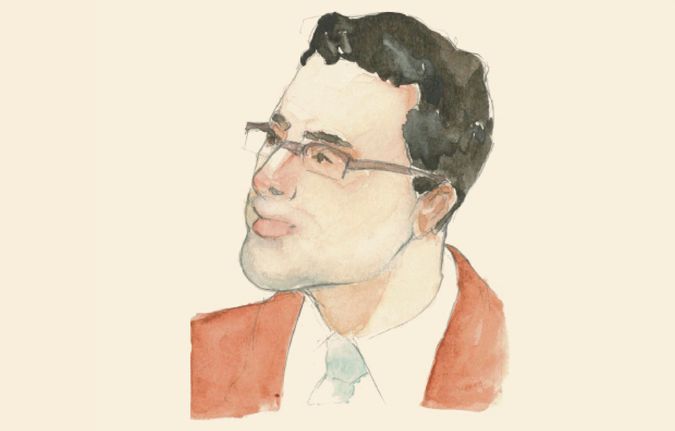 THE STORY: It’s hardly unusual for a 29-year-old to switch jobs in today’s economy. Yet, when Klein left his position as editor of the Washington Post’s “Wonkblog” last year, it triggered a national media frenzy.

Journalists love few things more than talking about the future of the industry, and at some point in recent years, Klein — whom the Columbia Journalism Review called “impossibly young, infuriatingly accomplished, and impressively wonky” and credited with “master[ing] journalism’s technological revolution and the northeastern media corridor well shy of his 30th birthday” — became the walking, talking embodiment of that future.

Within days of leaving his position at the Post (and before he had named his new venture) Klein had received hundreds of resumes. And when he announced that he would co-launch a new web publication called Vox — a site dedicated to being “as good at explaining the world as it is at reporting on it” — the buzz only intensified. “Any success they have in their niches will quickly be imitated,” media columnist Jack Shafer wrote. “In other words, any Ezra that Ezra discovers will likely pull an Ezra on him.”

One year later, nobody yet seems to have out-Ezra’d, or “pulled an Ezra on,” Klein. “Over the course of the year, we explained lots of things,” he recently wrote, “from the Hong Kong protests to the Trans-Pacific Partnership to the Common Core to Hinge to Serena Williams’s struggles with racial and gender bias. We explained how the Grammys work and how nuclear negotiations with Iran work.”

Meanwhile, the spotlight still shines on the chart-loving “wunderkind.”

“One of the great explainers of the Jewish people was another Ezra, Ezra the Scribe,” wrote a Times of Israel blogger in 2014. “Upon returning from Babylonian exile, the ingathered exiles led by Ezra the Scribe and Nehemiah gathered together in Jerusalem and read from the Torah. Explanatory journalism is thousands of years old, just that today we have Vox.com and another Ezra, whereas in the past we had the public square and Ezra the Scribe.” 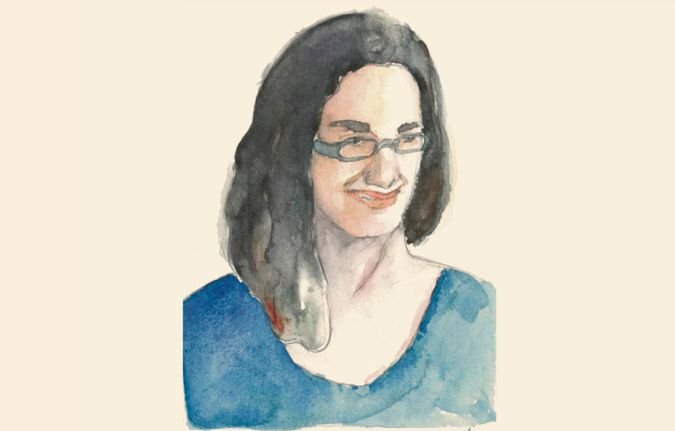 THE STORY: Koenig was already an accomplished journalist when her podcast, “Serial,” launched in October 2014. She had covered state politics for the Baltimore Sun and Concord Monitor; worked for ABC News and New York Times in Moscow; produced a mountain of work for the vaunted public radio program, “This American Life,” and collected a shelf’s worth of awards.

Then “Serial” — Koenig’s captivating exploration of a years-old Baltimore murder case — became a cultural phenomenon. Koenig was parodied on Saturday Night Live, featured on “The Colbert

Report,” and named one of TIME’s “100 Most Influential People.” Psychology Today published a piece called “The Psychology of ‘Serial’: What the most popular podcast ever says about how our brains work.” And Koenig’s husband, a Jewish studies professor at Penn State, told Haaretz that a grad student had recently “flipped out” after learning that Koenig was his spouse.

In August, Koenig will deliver the keynote at the second annual Podcast Movement convention, in Fort Worth, Texas. And when she does, she’ll not only represent the Most Downloaded Podcast of All Time, but also the Most Anticipated Follow-up Podcast Of All Time. For a minute, things looked shaky; in January, Koenig encouraged a crowd at a Penn State Q&A to submit ideas for Season Two because, as she said, “we do not have a story.”

But everyone can relax. A “Serial” rep confirms to the Forward that “a topic has been chosen and work is underway” on Season Two, which is expected to launch this fall. 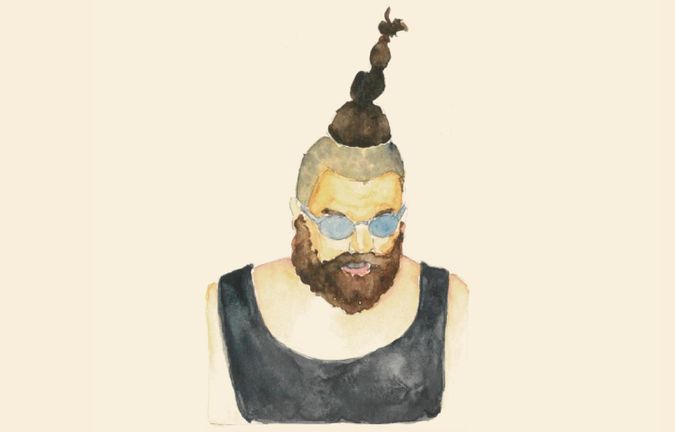 THE STORY: “Imagine if Steven Seagal and Bette Midler had intense unprotected sex and conceived a baby boy. He would have showbiz chops and be proficient in martial arts. He would be Fabrizio Goldstein, THE FAT JEW.”

So begins the bio on Ostrovsky/Fat Jew’s Facebook page, which identifies Ostrovsky as an “ENTERTAINER.” We’re not sure one word sufficiently classifies him, though. Heck, it’s hard to even know how to refer to him, since his aliases include “Jewther Vandross,” “Fatrick Jewing,” “Whitney Jewston,” “The FatJew of Liberty,” “Jewbix Cube,” and “Jewlysses S. Grant.”

So we’re just going to list a few facts about the man we’ll call “T.F.J.” 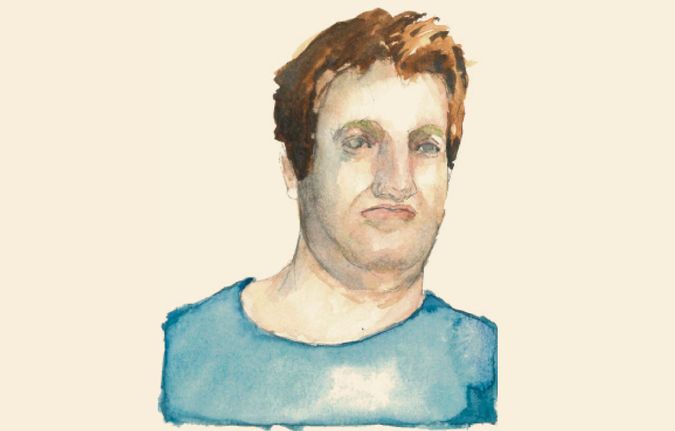 THE STORY: On May 12, Portnoy and three friends sat down in the lobby of the NFL’s Manhattan headquarters, handcuffed themselves to each other, and demanded to speak with Commissioner Roger Goodell about New England Patriots quarterback Tom Brady’s recent four-game suspension for his alleged involvement in tampering with the air-pressure of playoff game balls. The self-dubbed “Brady 4” ultimately (and unsurprisingly) got arrested without speaking to Goodell, but not before Portnoy called in to a Boston sports-talk radio show to compare Goodell to Joseph Stalin, on air. Later, Portnoy reportedly used his lone phone call from jail to make sure that his “Free Brady” T-shirts were available and prominently displayed on his website, BarstoolSports.com.

Portnoy is the founder and publisher of Barstool Sports (motto: “By the Common Man, For the Common Man”), which started as a free, four-page pamphlet handed out in Boston, providing gambling and fantasy sports info. Eventually, the paper evolved to include glamour shots of scantily-clad local ladies — “smokeshows,” in Barstool parlance — and hired a roster of irreverent bloggers. Barstool now has sites based in New York, Chicago, Philadelphia and elsewhere. To give you a sense of its content, one of its signature features is a celebrity photo series called “Guess That Ass.” (Portnoy has publicly said, “Feminists are morons.”)

The site has tripped into its share of controversy. Two examples: Barstool sparked an uproar in 2011 after publishing a photo of Tom Brady and Gisele Bundchen’s 2-year-old-son naked on a beach in Costa Rica, and, in 2013, a Salve Regina University administrator sent an email imploring students not to attend a nearby Barstool-affiliated foam party because, he said, similar events had “resulted in a number of injuries and alcohol/other drug overdoses which required hospitalization.” That letter, of course, was later published by Barstool.

But these incidents only seem to bring more eyeballs to the site, and increase Portnoy’s legend. Equal parts Howard Cosell, Mark Zuckerberg, Andy Kaufman, and Hugh Hefner, he’s known to his fans as “El Presidente.” 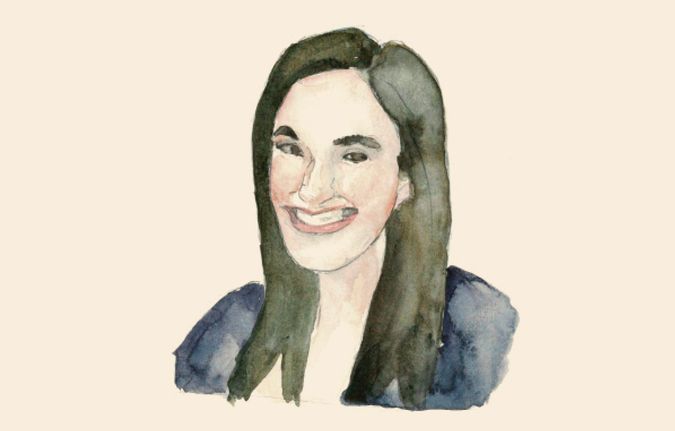 THE STORY: Siegel had been saving screenshots of her mother’s text messages for years when she read a few aloud at a bachelorette party last September. They were such a hit that she started to post them to her Instagram account. Again, the LOLs rained down.

So in early November, she launched an account dedicated solely to her digital interactions with her mother, Kim Friedman, a semi-retired TV director and producer, with credits ranging from “Star Trek: Deep Space Nine” to “Beverly Hills, 90210.” “Let’s kick things off with how my inbox looks every day,” she wrote as the caption to her first post, a screenshot showing that she’d received five voice mails from “Mother” in four days.

Another: “KATE, just read an article on the link between alcohol and breast cancer. U must stop drinking! Smoke weed, crack (don’t smoke crack), but anything. No more wine…I’m serious Kate.”

And another: “Buy new bras. NOW. Do you want stretch marks? Also, get some pretty/sexy ones. Remember, Grandmom said, Men think with their penises, even nice Jewish ones.”

The more photos Siegel posted, the more people subscribed, commented and shared. Then, in January, BuzzFeed published an article highlighting the texts, including one that read, “Happy Birthday spawn. Welcome to the wrong side of 25. The expiration date on your eggs is officially in sight. Tick Tock.” Then came an article in the Huffington Post. A few months later, Siegel and her mother were featured on ABC’s “Nightline.”

“Crazy Jewish Mom” was also the subject of a Forward op-ed calling the text messages “emotional abuse” and arguing, “the mother’s focus on body image, marriage, child-bearing — all in the name of love — only reinforces the negative stereotypes about Jewish mothers.” Siegel, a Princeton alum who works in digital video production, was eager to respond when we reached out for an interview.

“It was never my intention to have her be speaking for all Jewish mothers everywhere, or as a representative of the Jewish faith,” she said. She added that the account shows only a tiny fraction of the “fantastic” relationship she shares with her mom, whom she calls “very funny.”

So what’s next for “Crazy Jewish Mom”? Though Siegel couldn’t share too many specifics, she did say that she’s “in conversation with people about a couple of different projects.” There is precedent if she decides to publish a book or adapt the project for TV. After comedy writer Justin Halpern broadcast conversations with his Jewish dad, Samuel, via the hit Twitter feed @s—tmydadsays, the project turned into a book and a CBS sitcom starring William Shatner.

Philip Eil is the former news editor of the Providence Phoenix.