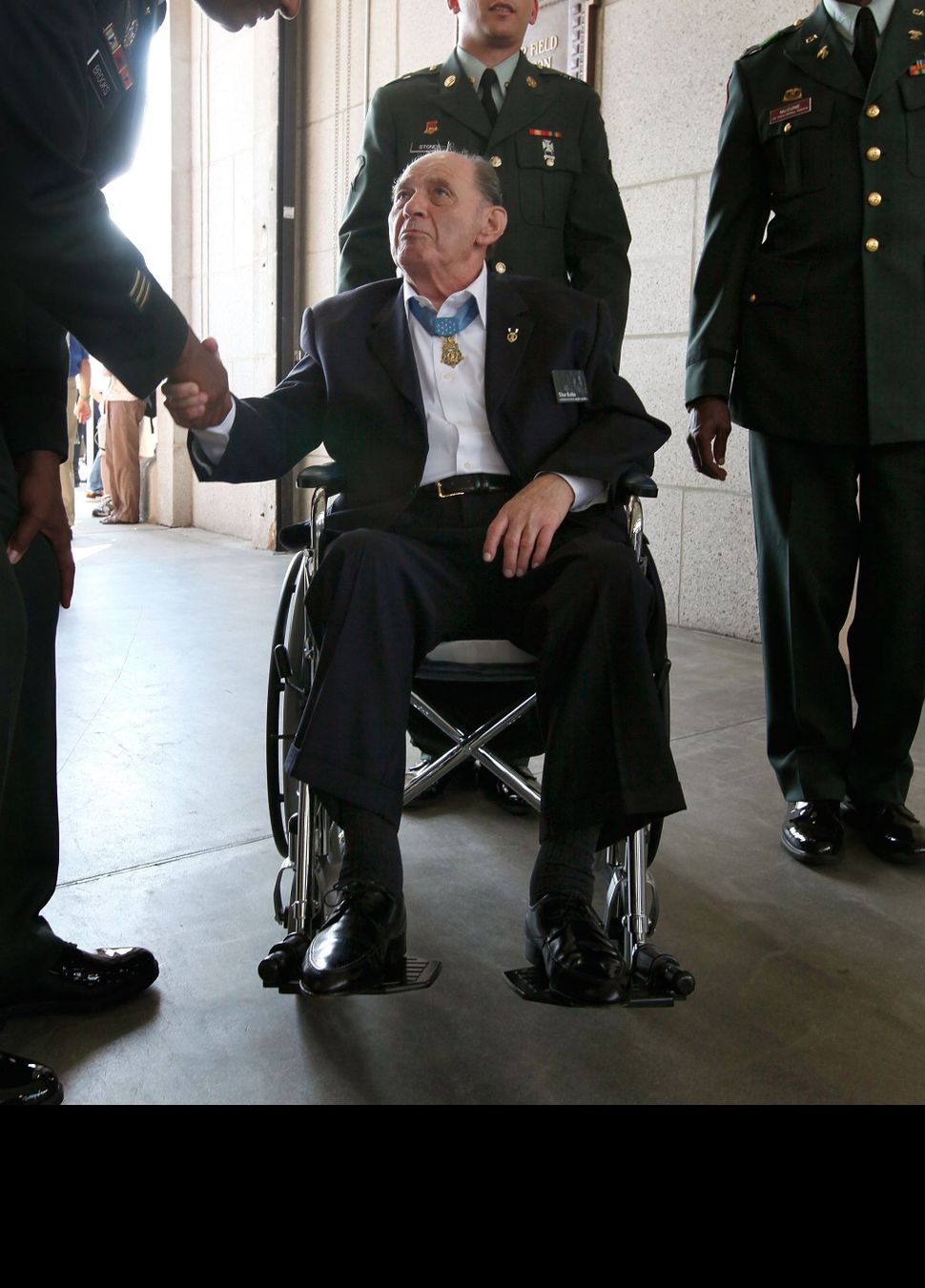 On May 5, 1945, when General George Patton’s 11th Armored Division liberates the Mauthausen concentration camp in Upper Austria, the American soldiers find the bodies of 10,000 prisoners buried in a communal grave outside the camp’s walls, and another 5,000 interred a mere 3 feet beneath the camp’s soccer field. This is just a fraction of the total death toll inflicted by the Nazis at Mauthausen and its 49 subcamps; out of the 200,000 to 325,000 individuals estimated to have been incarcerated there during World War II, somewhere between 119,000 and 195,000 lost their lives.

Tibor Rubin is one of the “lucky” prisoners of Mauthausen. A 15-year-old Hungarian Jew who’d fled his hometown of Pásztó the previous year — only to be captured by German soldiers as he and a group of fellow fugitives tried to make their way into Switzerland — Rubin has witnessed (and been subjected to) unspeakable horrors at the concentration camp. Yet he’s also managed to keep himself and some of his fellow prisoners alive during their brutal ordeal, utilizing his sharp wits and small size to sneak out of their barracks at night to scavenge for food.

Still, Rubin is on the verge of starvation by the time the camp is finally liberated, and so feverish from dysentery that he doesn’t even realize he’s being moved to a U.S. Army field hospital. Only upon regaining consciousness does he realize that he’s been rescued. Spying a pretty red-haired nurse moving between the hospital cots, he weakly taps one of her boots as she passes. “America?” he asks her. She nods.

Rubin’s love affair with America had begun years earlier in Pásztó, stoked by visits to the village’s only movie theater, where he spent his free time and spare change watching American crime, horror and Western films. And, as Daniel M. Cohen’s riveting “Single Handed” explains, Rubin’s fascination with a country that he’d seen only in the movies will lead to another harrowing and heroic chapter in his life, one that ultimately results in him becoming the only Holocaust survivor to be awarded the Medal of Honor, America’s highest military distinction.

The phrase “inspiring true story” may have been Lifetimed to death at this point; but in the case of “Single Handed,” it actually undersells the epic tale of survival and self-determination that Cohen unfolds here. After immigrating to the United States in 1948, Rubin makes ends meet as a waiter and a butcher in New York City; then — despite his poor English and the fact that he is still a Hungarian national — he decides to enlist in America’s military. Rubin’s family and friends are mystified by his decision; but, as he tells his equally puzzled recruiting officer, he simply wants to repay the country that liberated him from his captors.

Unfortunately, Rubin winds up joining the Army just in time for the Korean War, and the dangers he faces while fighting in South Korea are exacerbated by the anti-Semitic hostility of his sergeant, who repeatedly “volunteers” him for patrols and missions that seem expressly designed to get him killed. And yet, not only does Rubin survive, he commits acts of incredible valor, like single-handedly holding a hill through the night against an endless onslaught of North Korean infantry, risking life and limb to save a comrade left for dead by his regiment, and tricking two full companies of North Korean soldiers into surrendering to him while he’s on solo reconnaissance patrol.

But while Rubin’s combat heroics inspire his commanding officers to recommend him for the Medal of Honor on multiple occasions, his sergeant repeatedly ignores orders to complete the necessary paperwork for the distinction, and his commanding officers are killed in battle before they can follow up on their recommendations. Severely wounded in the Battle of Unsan — a defeat so devastating for U.S. and U.N. forces that it will often be compared to Little Bighorn— Rubin is captured by Chinese soldiers and sent to a prisoner-of-war camp in North Korea. There, any thoughts of unfairly denied medals are pre-empted by the immediate need to survive, and Rubin puts the skills he acquired at Mauthausen to good use, devising clever ways to outwit and steal food from his captors in order to keep himself and his fellow soldiers alive during their 30 months in captivity. Rubin’s Chinese captors, intrigued by the fact that he’s technically still a citizen of now-Communist Hungary, repeatedly offer to repatriate him behind the Iron Curtain, but he steadfastly refuses to go. There is nothing left for him in Hungary, he tells them; America is his home. 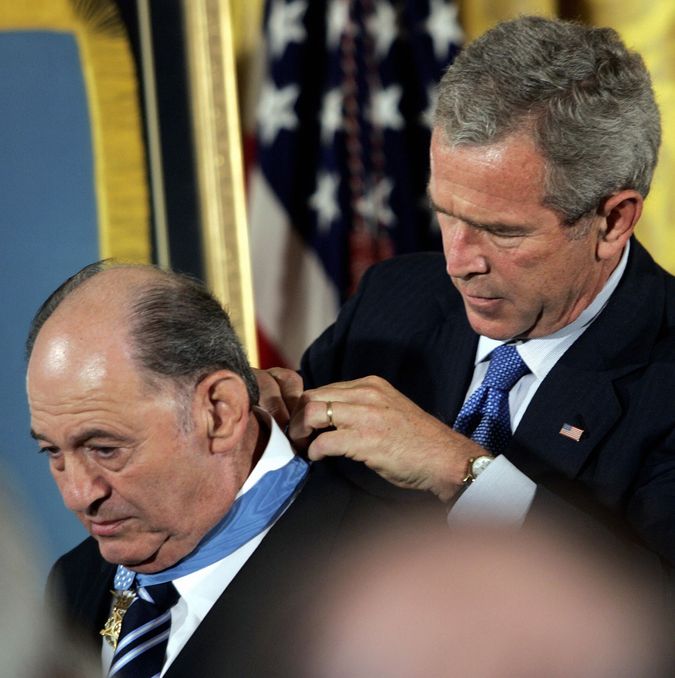 Cohen breaks “Single Handed” into three major parts: Mauthausen, Korea and Rubin’s slow-building campaign to obtain the Medal of Honor denied to him due to discrimination. In each section, Cohen tells Rubin’s story with unadorned prose that perfectly matches his subject’s straightforward (and drily humorous) outlook on life. The rigors of Rubin’s combat and prison camp experiences are certainly colorful and compelling enough without any additional embellishment; but where Cohen really shines is in his telling of the third part of the story, which actually makes Rubin’s battles with (and eventual victory over) U.S. military and government bureaucracy almost as enthralling and inspiring as his earlier trials.

Even with all the detail that Cohen puts into his story, however, the origin of Rubin’s inner strength ultimately remains something of a mystery. Though proud of his Jewish heritage, Rubin (who recently celebrated his 86th birthday) seems to have had a testy-at-best relationship with God and religion; and while his parents did their best to raise him well, he certainly displayed a rebellious and undisciplined streak throughout his childhood. But time and time again, when the hellish challenges of the battlefield or the prison camps caused other men to give up or to fend only for themselves, Rubin not only consistently managed to transcend their horrors, but also repeatedly risked death to ensure the survival of his comrades. Why? Perhaps, as one of Rubin’s friends suggests in “Single-Handed,” he was just built that way.

Dan Epstein is the author most recently of “Stars and Strikes: Baseball and America in the Bicentennial Summer of ‘76.”