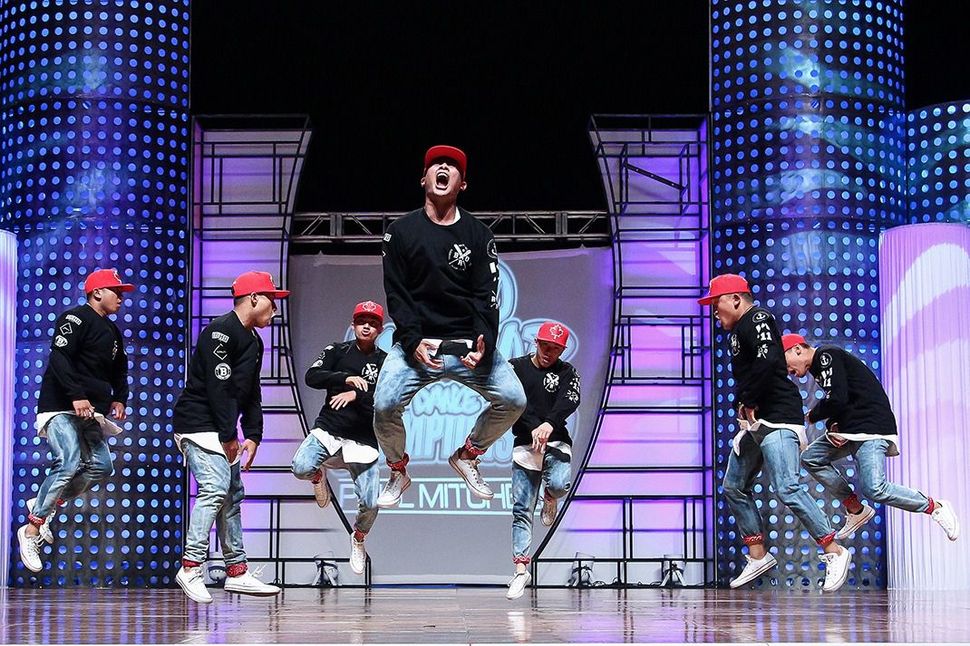 Nine men in black suits stand in a line across the back of the stage as the first words of Agent Smith’s monologue from “The Matrix Reloaded” come over the speakers:

“As you well know, appearances can be deceiving, which brings me back to the reason why we’re here.”

Suddenly, the suits multiply; clones appear out of nowhere until the stage is full of them, standing at attention in synchronized stillness.

Then the beat drops.

For the next four minutes, the agents bring it. They krump, they shuffle, they tutt. They slide and spin in such perfect unison that they appear to be controlled by a single hive mind. And when they flip their sunglasses up and strike a final pose to close their routine for the USA Hip Hop Dance Championships, the crowd erupts.

Academy of Swag, the California-based mega crew behind the “Matrix” number, won gold in Las Vegas that day in 2012. But when the suited dancers went on to represent the U.S. in the World Hip Hop Dance Championship just a few days later, they didn’t even place. Competition is fierce. Hip-hop dance may have started on the streets of America, but last year’s WHHDC winners hailed from the Philippines, Canada and Japan.

The annual competition is more than a dance contest. It’s an international summit that’s often referred to as the Olympics of hip-hop dance. With so much talent flipping across the floor, the event can feel like a gathering of the coolest kids from your high school, but the people running the show aren’t former dancers or hip-hop elite. Backstage at every event, breathlessly singing the praises of this crew or that one, are the unlikely creators of the World Hip Hop Dance Championship and the MTV reality competition “America’s Best Dance Crew”: Howard and Karen Schwartz.

When you first meet Howard, 67, and Karen, 52, they seem undeniably out of place at their own event. One associate calls them the “mom and pop of hip-hop.” Amid the sea of costume-clad dancers, the middle-aged Jewish couple look more like somebody’s parents than the masterminds of one of the most important events in hip-hop dance.

Married for nearly 29 years, Howard and Karen met when she was a senior at UCLA, creating an aerobics competition for a local health club. Howard owned a marketing and production company and was working on an aerobics contest of his own. 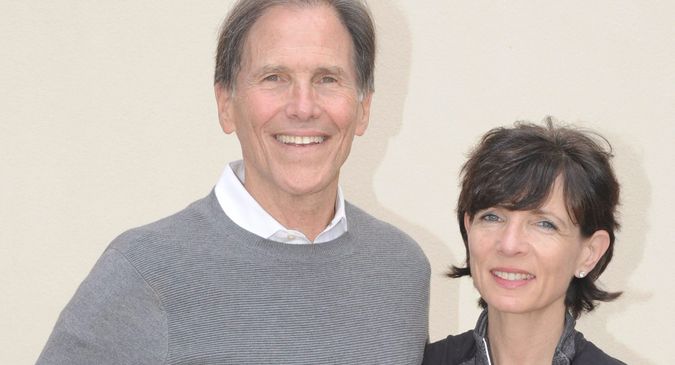 They held their first national aerobics competition in 1984, in the midst of the craze over Jane Fonda, leg warmers and women in leotards doing 20-minute workouts. Soon they’d secured a TV deal, and with the help of sponsors like Crystal Light, the event grew into an international championship. Eventually, the athletic brand of aerobics Howard and Karen promoted became a full discipline of gymnastics — and the pair lost creative control of the events they had developed.

“We decided we needed to reinvent ourselves and take the knowledge and what we learned through developing the aerobics championships and create something new,” Karen says. “Through our travels around the world, we had seen that hip-hop dance was everywhere — on the streets of Paris, in Tokyo, in San Francisco and New York.”

The Schwartzes quickly recognized an opportunity to bring hip-hop dance to mainstream audiences through televised competitions and international tournaments that would become “America’s Best Dance Crew” and the World Hip Hop Dance Championship.

They dubbed their new company Hip Hop International and focused on a choreographed type of hip-hop dance performed in groups. Today, the crews in the various age divisions of the WHHDC all perform tightly choreographed routines under two minutes in length that showcase a variety of hip-hop dance styles, from voguing and wacking to krumping and locking. Judges allot points for performance and skill, with a maximum score of 10.

One needs only to browse the 13-page list of rules and regulations on the Hip Hop International website to know how seriously the Schwartzes take their event.

“Simply put, it’s their life and their baby,” says Sharna Burgess, a professional dancer from Australia who has appeared on multiple seasons of “Dancing With the Stars” and served as a judge for the WHHDC. “They’re so passionate about every single aspect. What I think they are the most passionate about is giving these kids a platform to show their creativity.”

When the couple was getting started, however, not everyone in the hip-hop community welcomed the aerobics producers and their vision.

“When we first approached the b-boys to try to get them involved with us and support us, they were very dubious and very concerned,” Howard recalls. Today, every WHHDC includes separate b-boy battles in popping, locking, breaking and all styles. “Even to this day,” Howard admits, “the b-boys are still not 100% accepting of what we do.”

In 2002, the Schwartzes held their first World Hip Hop Dance Championship in Miami’s South Beach. They built a dance floor right on the sand, and crews from 12 countries arrived to compete, with the Netherlands taking home gold.

Now, affiliates in 44 countries organize feeder tournaments to select the dancers that will represent each nation. This year, nearly 3,500 competitors from almost 50 countries participated in the USA and World Hip Hop Dance Championships in San Diego.

The championships boasted their first entrants from China and Kyrgyzstan who joined a list of countries including Nigeria, Germany, France, Japan and Israel, which sent three teams. This year’s winners included crews from New Zealand, South Korea, Japan and the U.S.

For some crews, just getting to the competition is a struggle that involves months of fundraising and paperwork to secure the necessary visas.

If it seems like a lot of work in order to attend a glorified recital, that’s because the World Hip Hop Dance Championship is more than a demonstration of why parents should keep paying for dance classes.

“It’s vital in the hip-hop world and industry to have this competition to bring everybody together,” Burgess explains. “It’s probably one of the highest level dance competitions in the world.”

She adds that the event gives hip-hoppers from around the globe the chance to be seen by top choreographers who can help an up-and-coming performer turn passion into a career.

The poster child for such potential might be Parris Goebel, a dancer from New Zealand who first attended the competition as a teenager.

Professional hip-hop dancer Dominic “D-Trix” Sandoval had a similar experience with “America’s Best Dance Crew,” the MTV reality competition that the Schwartzes created and co-executive produced. The show premiered in 2008, launched the now-famous Jabbawockeez into the national consciousness, and ran for seven seasons until it was cancelled in 2012.

Sandoval’s Quest Crew won the third season, and he returned as a judge for seasons six and seven.

“It kind of launched the Quest Crew brand and individual careers on different paths,” he says of ABDC. “It rocketed all our careers.”

Now, Sandoval is in the thick of it once again, rehearsing daily until 3 or 4 in the morning as a competitor on the show’s reboot, “America’s Best Dance Crew All-Stars,” which debuted on MTV July 29.

“It took us five years to pitch the show ‘ABDC,’” Howard recalls. Finally getting it on the air was one of the most rewarding experiences of his career.

It was also crucial to spreading the gospel of hip-hop dance, which the Schwartzes have now been doing for more than 13 years.

Perhaps that’s most clear on the last day of the WHHDC, when the finals begin with an Olympic-style parade of nations. The competing crews wave the flags of their homelands; the crowd cheers and chants; and the whole theater takes on the atmosphere of a cross-cultural party. For a moment, the international hip-hop dance community is united on one stage, and the joy of people finding their tribe is infectious.

Then it’s time to dance.

Sarah Feldberg is a freelance writer and editor based in Las Vegas, and the former editor of Las Vegas Weekly.