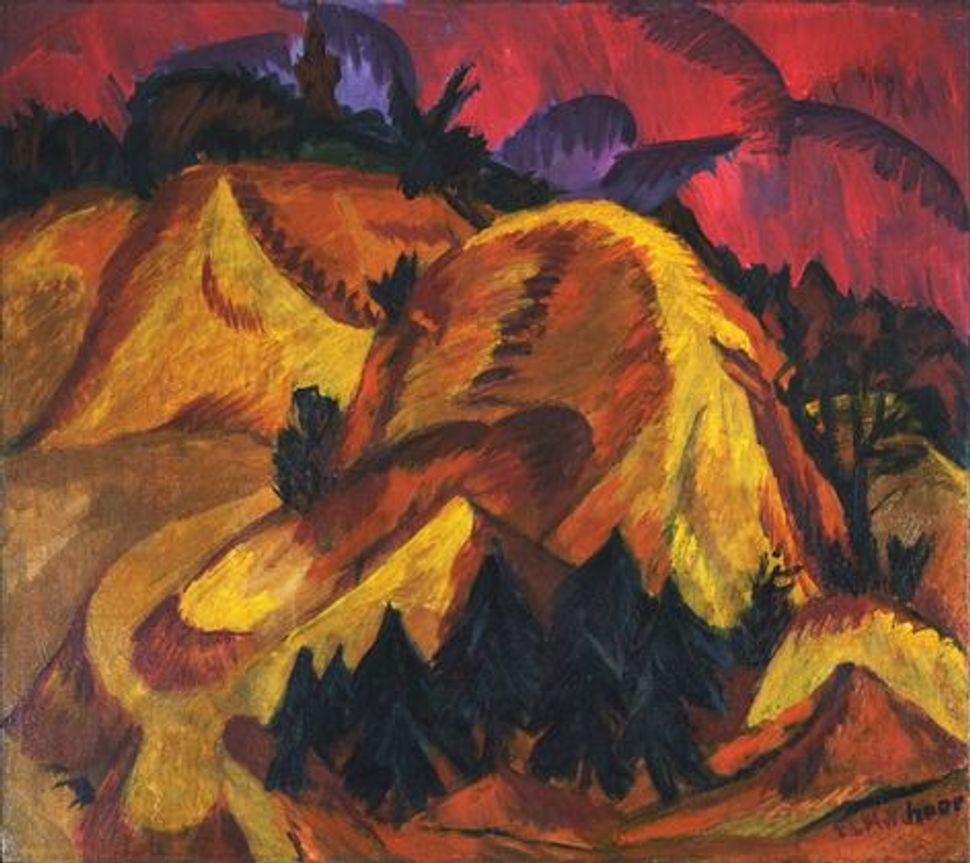 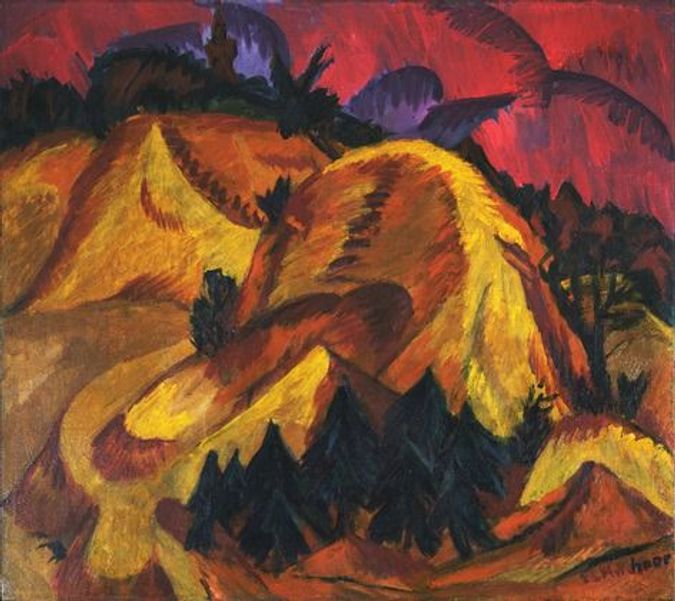 Before World War II, Max Fischer, a German journalist and political thinker, inherited a vast assortment of paintings from his parents. He initially thought the Nazi occupation would pass, but it became increasingly harder for him to find work because he was a “non-Aryan,” and his income was dwindling. A month after the Nuremberg Laws were enacted in September 1935, Fischer left Germany for Virginia. He couldn’t take his valuables with him, and was forced to entrust them to a friend named Charlotte Wanzke.

In the years that followed, the path of one painting in particular, “Sand Hills” (Bei Gruenau) by expressionist painter Ernst Kirchner, became murky, and for the past 10 years, has been the subject of an ongoing inquiry by Fischer’s heirs as to whether it rightfully belongs to them. Since the late 1940s, the painting has been in the possession of the Museum of Modern Art, albeit under a different title. But, after a difficult decade-long research project, the museum has handed over the art to Fischer’s heirs.

Kirchner painted “Sand Hills” in 1917. It depicts a rolling landscape in fiery hues of golden and burnt orange and a sky of cherry red and violet. The thick, deliberate brushstrokes combined with the vibrant color palette create an almost dreamlike setting. There’s a cluster of evergreens at the base of the dunes in the forefront of the picture, but otherwise, the hills appear mostly barren. Where the hills peak at the top left corner, a dim, barely visible watchtower rises into the sky.

About 10 years ago, Fischer’s heirs, who are actually descendants of his brother Ernst and live in the United States, were scrolling through MoMA’s Provenance Research Project, an archive of 800 works that have possible ties to Europe during the Nazi regime. As they did so, they came upon a painting titled “Sand Hills in Engadine” and saw Max Fischer listed as a one-time owner. They wondered if it was the same painting Fischer had left behind in Germany.

They hired a lawyer, David Rowland, who has been working to regain lost artwork since 2002. Rowland contacted MoMA and thus began a long and arduous back and forth with the museum to secure the painting for his clients.

Rowland and his team began looking at old claims forms and correspondence. They slowly pieced together Fischer’s history that could shed some light on the painting’s locale.

After Fischer left for America and left his paintings with Wanzke, the history becomes vague. Documentation reveals that a man named Kurt Feldhausser bought two of Kirshner’s paintings that once belonged to Fisher. According to the materials provided by MoMA, it’s unclear why this transaction took place. The title of one of these works is listed as “Dunes at Fehmarn.” 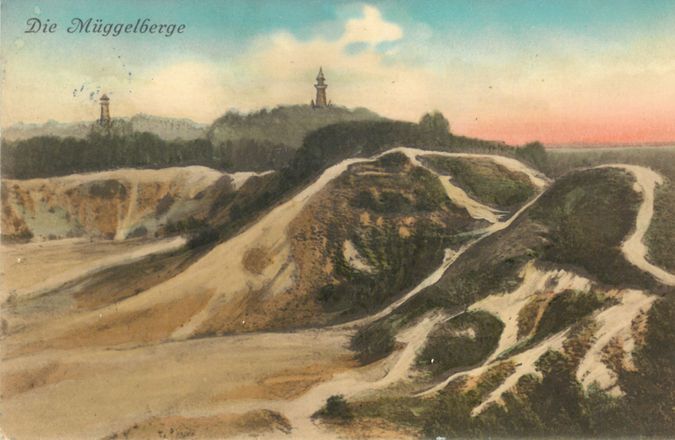 Image by Courtesy of MOMA

Feldhausser died in 1945, and three years later, MoMA acquired “Dunes at Fehmarn” from the Weyhe Gallery in New York, where Feldhausser’s mother had consigned the works. Fischer, however, who was also in the city at the time, didn’t die until 1954.

With the painting at its new home at MoMA, the title changed once again, making its narrative even harder to follow. Alfred Barr, the founding director and curator at the museum at the time, in 1967, questioned whether the landscape depicted in the piece was in fact Fehmarn, an island in the Baltic Sea, northeast of mainland Germany. To him, it more closely resembled the Engadine mountains in Switzerland.

This was the main point Rowland had to contend with: that the location wasn’t Engadine or Fehmarn as both incorrectly once thought, but Gruenau, a suburb of Berlin.

According to both Rowland and materials provided by the museum, the first time Rowland reached out to MOMA, in 2004, it immediately refuted the lawyer’s claims and said there must have been a mistake in the provenance of the piece. They had no record that a Fehmarn or Engadine landscape that was part of Fischer’s parents’ collection.

During a Google search, one of Rowland’s colleagues found a breakthrough: a postcard that “matched up perfectly with the expressionist painting,” according to Rowland.

Armed with his newfound evidence, Rowland contacted MoMA a second time, in 2011, and the museum decided to research his claims extensively.

On November 16, MoMA announced that it agreed with the evidence put forth by Rowland and Fischer’s heirs and also found that Fischer had no knowledge of the painting’s trajectory and had not collected money from these transactions.

In a Wall Street Journal article published this month, Leah Dickerman, the curator of sculpture and paintings at MoMA, admitted that both Feldhausser and the museum had mistaken the location of the hills. They determined from the image on the postcard that Rowland was correct, as the original title, “Sand Hills” (Bei Gruenau), had indicated.

“It’s a very complex historical moment, so it took a lot of work to understand the trajectory of this picture,” Dickerman said to the Wall Street Journal, “but it’s great to be able to connect the dots.” MoMA declined to make a spokesperson available to speak with the Forward.

“It was a process,” said Rowland. “It was very, very thorough and it’s never easy for a museum to return artwork lost by Nazi persecution.” He noted, however, that it took quite a long time for the museum to reach its conclusion.

Rowland hopes that this will pave the way for other museums to follow suit.

“I think it’s a big step for a museum like MoMA,” he said. “We really applaud MoMA for returning the artwork voluntarily.”