Amir Gutfreund, Writer of Wit and Power, Dies of Cancer at 52 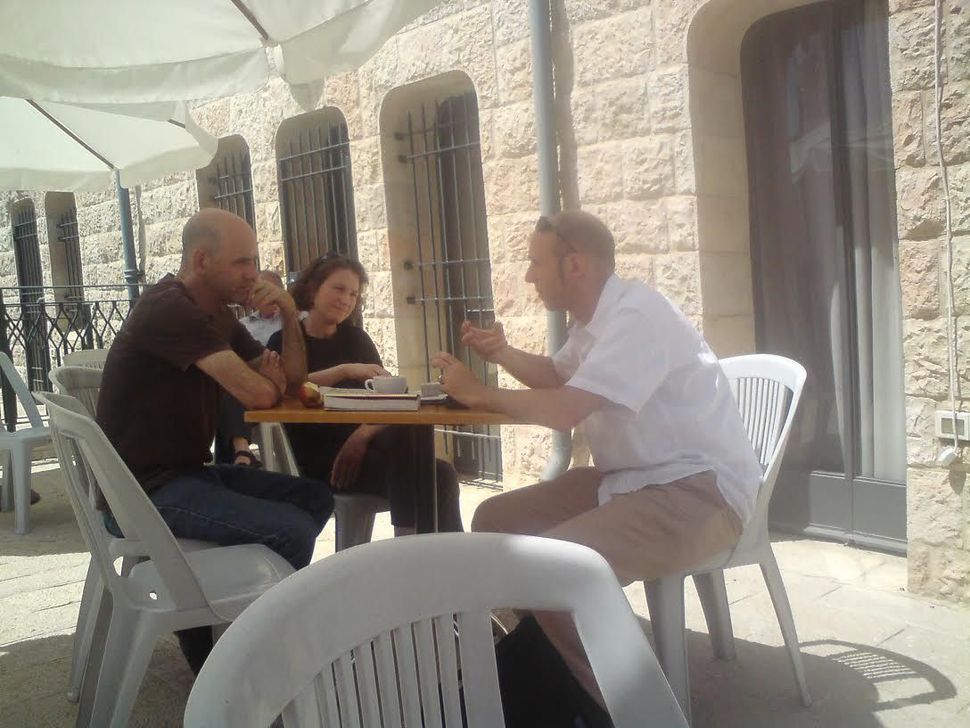 I first met Amir Gutfreund at the Pierre Hotel in the spring of 2007. To inaugurate the biggest Jewish literary prize ever, in honor of multi-millionaire Sami Rohr, literati, journalists and organizers had been gathered to one of Manhattan’s glitziest hotels. Gutfreund’s firm no-nonsense manner and even firmer sense of the absurd was in full force.

It was the inaugural Sami Rohr Prize ceremony and Gutfreund had won second prize for $7,500 but, as a newly published author in his mid 40s, it wasn’t enough. He felt he should’ve had the $100,000 first prize that had gone to Tamar Yellin for “The Genizah at the House of Shepher.” At least that was how the rumor spread, “the Israeli guy is pissed.”

And so he was. Kind of. In a knowing way, that if you talked to him was funny and gracious and certainly not at the expense of Yellin or Michael Lavigne who was the other runner up. He was just witty and complicated in a way that rewarded conversation, not soundbites.

I saw him again, and had the chance to interview him, at the International Writers Festival in Jerusalem in 2010. I saw him the day after he had been the interlocutor for Jonathan Safran Foer who was then at a peak of international fame. Foer was pleasant, earnest and at home in his mother tongue while Gutfreund was charming, tenacious, hospitable and entirely more impressive than Foer, even in his second language.

In the video below, he provides an entire humorous history of his family as grumblers, drunkards and fools before retracting it all and then explains his ambition (“I climbed one step on the ladder and I saw what prizes there were.”) to win two separate Nobel Prizes — “Marie Curie did it.” All in jest, off the cuff and on film.

His story was an inspiration to many like me who were putting in hard labor at their paid job by day and working by night on a novel. His first book, “Our Holocaust,” written while he was an officer in the Israeli Defense Forces, was a bestseller in Israel in 2001 and made Gutfreund’s ambitious, humorous, grumbling persona a known presence in Israel.

I thought I’d see him every few years when the Jewish literary carousels aligned. I looked forward to it. So when he died on November 27 of cancer, aged 52, it was a shock. My friend and colleague Maya Sela wrote this appreciation in Hebrew, recalling their correspondence and her appreciation of his public persona fondly. “The ultimate Israeli” she called him. A descendant of Shoah survivors and a native of Haifa, Gutfreund was able from his secular centrism, to laugh at the Tel Aviv hipsters but call the ideological rightists to account.

As a military officer and the child of survivors Gutfreund had the bona fides to talk about Israel’s sacred cows. The Forward wrote of his first novel that it was “very funny, sometimes very serious and occasionally tragic novel — in truth a tale, in which Gutfreund lulls us into dropping our objections of realism.” And indeed, from the depth of survivor guilt Gutfreund wrote a funny book that was profound enough to actually matter.

In 2003, aged 40, Gutfreund won the Sapir Prize, Israel’s premier literary prize and in 2013, aged 50, he won the Prime Minister’s Prize. In just over ten years his interventions, literary and political made him beloved in Israel. He wrote five books, had three children with his wife Neta, saw her pass away suddenly with cancer, saw his books translated into numerous languages (Le Monde ran a laudatory obituary), got married again and was diagnosed with his own terminal cancer.

He won the Sapir for a collection of stories “Ahuzot Ha-hof” (“The Shoreline Mansions”). In which, the judges explained, he “brings a special and surprising voice to Hebrew literature. He built this voice using a mature and precise style. Simple and high language together too, and on every page of the book there is measured and effective irony present.” (I thank Haaretz for their translation.) Irony and inventiveness in service of simplicity and directness gave him precision. He was able to approach subjects on multiple occasions and in multiple ways to — always entertainingly — nail them.

When his final novel, “Mountain of Happiness,” arrives in January 2016 his oeuvre will be complete. But, though many of us are looking forward to reading it, reviewing it may be a thankless and sorrowful task.

Amir Gutfreund, Writer of Wit and Power, Dies of Cancer at 52