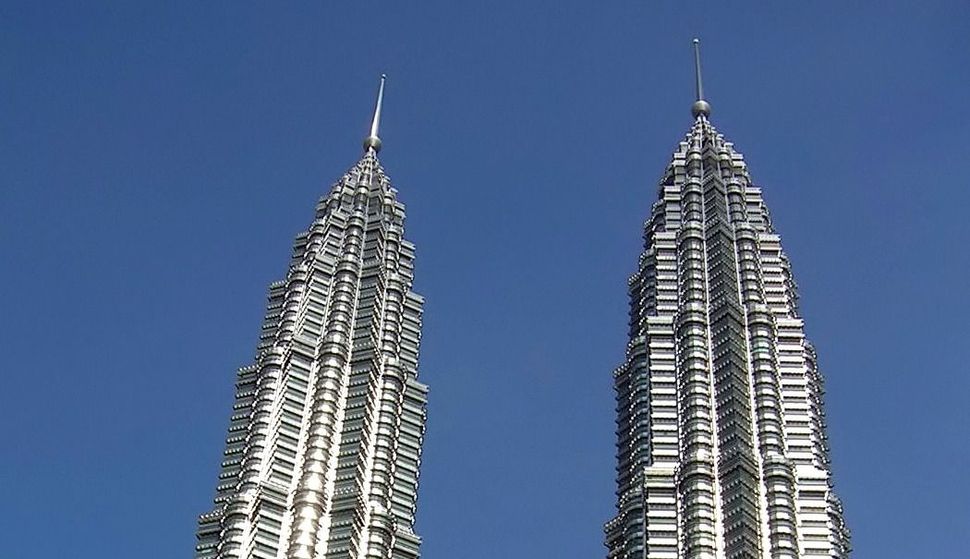 On a recent stopover in Kuala Lumpur, Malaysia, a cemented-over pile of ugly skyscrapers and canyons strewn with street beggars, I strolled through the garish Twin Towers Shopping Mall. In an underground supermarket, I passed an employee at the fish counter — a short, squat young man who stared at me with violent hatred. I looked around to see if there was anyone else he might be angry with, but no, he was focused on me with protuberant eyes and a grimace like an ungifted drama student who had been asked to project murderous rage. While there was something cinematic and false in this excessive emotion, I was glad he had no knives on hand, since I was in Malaysia, the most anti-Semitic country in Asia.

Last year the Anti-Defamation League published the results of a survey indicating that 61% of Malaysians express anti-Semitic views, compared with 22% of the rest of Asia. According to the Malay Mail, the country’s “bias is rooted in the government’s overt support for Palestinians in the [Middle East] conflict, which in turn has encouraged local politicians to use the issue as a platform to appeal to the Malay-Muslim electorate.” Unaccustomed to living in a place or time where Jews are routinely looked on with enmity, I mentioned this poll to a friend who is informed about world politics. He replied, “Fortunately, in their book you simply qualify as an American — which is its own issue.”

Moshe Yegar explores such issues in a 2006 article, “Malaysia: Anti-Semitism Without Jews” in the Jewish Political Studies Review. In 2003, then-prime minister Mahathir Mohamad announced to the Organization of the Islamic Conference, in Kuala Lumpur, that “Nazis killed 6 million Jews out of 12 million. But today, the Jews rule the world by proxy. They get others to fight and die for them…. Jews had always been a problem in European countries…. But they still remained and still thrived and held whole governments to ransom…. Even after their massacre by the Nazis in Germany, they survived to be a source of even greater problems to the world.”

Mahathir held power for 22 years, from 1981 to 2003. In “The Malay Dilemma,” Mahathir wrote: “The Jews are not only hooked-nosed… but understand money instinctively… Jewish stinginess and financial wizardry gained them the economic control of Europe and provoked antisemitism which waxed and waned throughout Europe through the ages.”

In 1984, the New York Philharmonic canceled a visit because the Malaysian government refused to allow the orchestra to perform a work by the Swiss Jewish composer Ernest Bloch. In the late 1980s, Mahathir temporarily banned The Wall Street Journal Asia, accusing it of being “Jewish-owned.” In 1992, Liverpool Football Club aborted a planned match in Malaysia after one of its team members, an Israeli, was denied permission to play. Mahathir’s government even banned the film “Schindler’s List” as anti-German “Jewish propaganda” showing Jews as “stout-hearted” and “intelligent” while extolling the “privilege and the virtues of a certain race only.” Later reconsidering, the Malaysian government decided to allow the film to be shown if cuts were made, a condition that Spielberg refused. Subsequently, a number of other Spielberg films were banned in Malaysia, as they were in other Muslim countries, although his “Munich,” about the massacre of Israeli athletes at the 1972 Olympics, was allowed.

As the Canadian journalist Robert Fulford noted in 2012, “Malaysia has never had a dispute with Israel, but the government encourages the citizens to hate Israel and also to hate Jews whether they are Israelis or not.” Noting that few Malaysians have ever seen a Jew, Fulford pointed out that in 2011, the Federal Territory Islamic Affairs Department “sent out an official sermon to be read in all mosques, stating that ‘Muslims must understand Jews are the main enemy to Muslims as proven by their egotistical behaviour and murders performed by them.’” Would the average fish seller in a mall supermarket believe every instruction received at a mosque?

Certainly, public statements are often leavened with covert private transactions, as when Malaysia’s trade ban on Israeli products is sidestepped to obtain products from Israel’s Intel computer chip factory through “covert arrangements with third countries,” Fulford observed. Recalling other faces I had seen during my brief stay in Kuala Lumpur, I could summon up only friendly or indifferent ones. People seemed to be in exuberant spirits, with groups of hefty office workers shouting with laughter over extended restaurant lunches. The buzz in the mall’s food courts and shops expressed the hectic intensity of Middle Eastern souks, or markets, reflecting the nation’s diverse mix of ethnic components, including Chinese, Malay and Indian. All the more peculiar that any religious group should be singled out for obloquy.

A ray of hope may emerge from newer generations of Malay writers, including Erna Mahyuni. In a 2012 blog post headlined “The Ridiculous Malaysian Obsession With Jews,” Mahyuni opined: “Just last year, I walked into a local bookstore at Great Eastern Mall to find a special display dedicated to Adolf Hitler’s ‘Mein Kampf,’ his biographies and Henry Ford’s ‘The International Jew.’

“Dear Adolf Hitler admirers, please look at yourself in the mirror. Is your hair the colour of gold? Your eyes as blue as the [National Front, a right-wing political party] flag? Your skin, a prone-to-burning Caucasian white? If you can answer ‘Yes’ to all those questions, feel free to continue your private ‘Heil, Mein Fuehrer’ chants with the other White Power activists.

“Otherwise, what is wrong with you people?”

And then there is Mahathir’s daughter, Marina Mahathir, a local media personality who sometimes displays an ecumenical spirit, as she did last June, when she retweeted a news report about an interfaith service in Los Angeles, commenting, “If you’ve never seen Jews and Muslims pray together, you’re in for a treat.” In a country that has banned Spielberg movies, people get entertainment where they can find it.

On the subject of Israel, however, Marina Mahathir does not stray far from family precedent, declaring at a public forum in Australia last year: “I like to put out stories of Jews defending Muslims, as they are fighting for Palestine. It breaks the stereotype.” Last year, when a 17-year-old boy in Penang, on the northwest coast of peninsular Malaysia, dared to “like” an “I Love Israel” Facebook page, he was investigated for sedition..

And that fish vendor? On my way out of the supermarket, I looked at other workers, from a saleswoman wearing a hijab to a floor-sweeper. All were preoccupied by their tasks, radiating deep unhappiness. I realized that these were downtrodden, underpaid drones in unpleasant jobs, and the hatred I sensed from their co-worker might have been resentment at seeing a supposedly privileged foreigner wander by. Despite the ADL poll, I decided to reserve judgment on how much officialdom has turned the Malaysian people into haters. After all, in October, in a speech to the United Nations General Assembly, the current prime minister, Najib Razak, called for the “dawn of a much needed revised relationship between Muslims and Jews.”