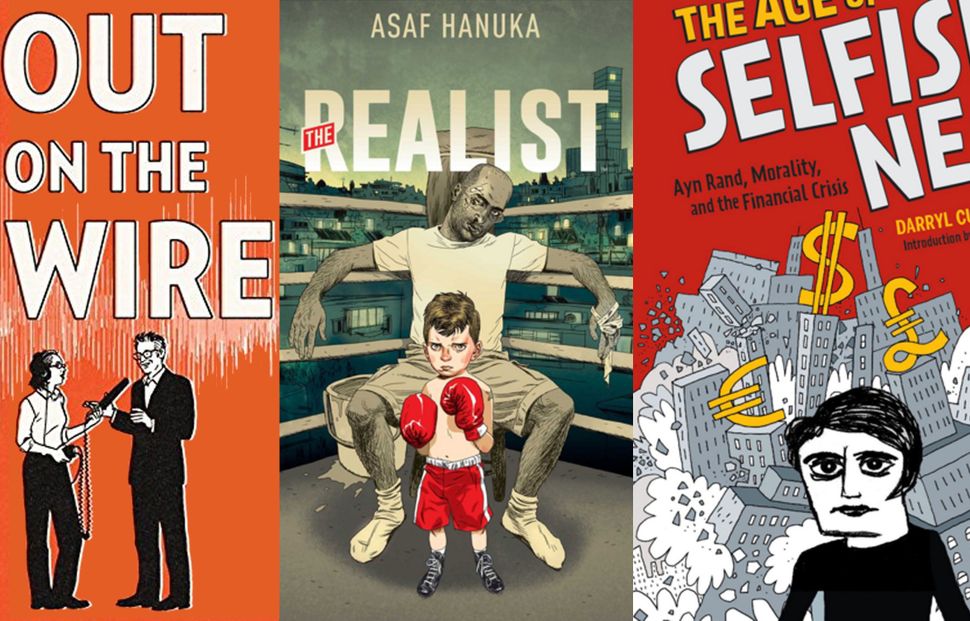 It’s never too late to jump on the comic books wagon, or as some call them: graphic novels. We definitely know they’re not just for kids anymore, after Art Spiegelman won the Pulitzer and all that. Reading comics makes you look cooler, smarter and younger: it’s a fact (ok, it’s not, but don’t blame me for trying!).

2014 brought with it great graphic novels by awesome Jewish women, like our very own Anya Ulinich and Lianna Finck. This year, there’s a couple repeats from great Israeli cartoonists and compelling non-fiction comics about famous American Jews, like Ira Glass and Ayn Rand as well as one magical time traveling Orthodox babysitter.

So if you’re looking for great reads to start 2016 with, might I suggest these 8 great Jewish graphic novels from 2015: 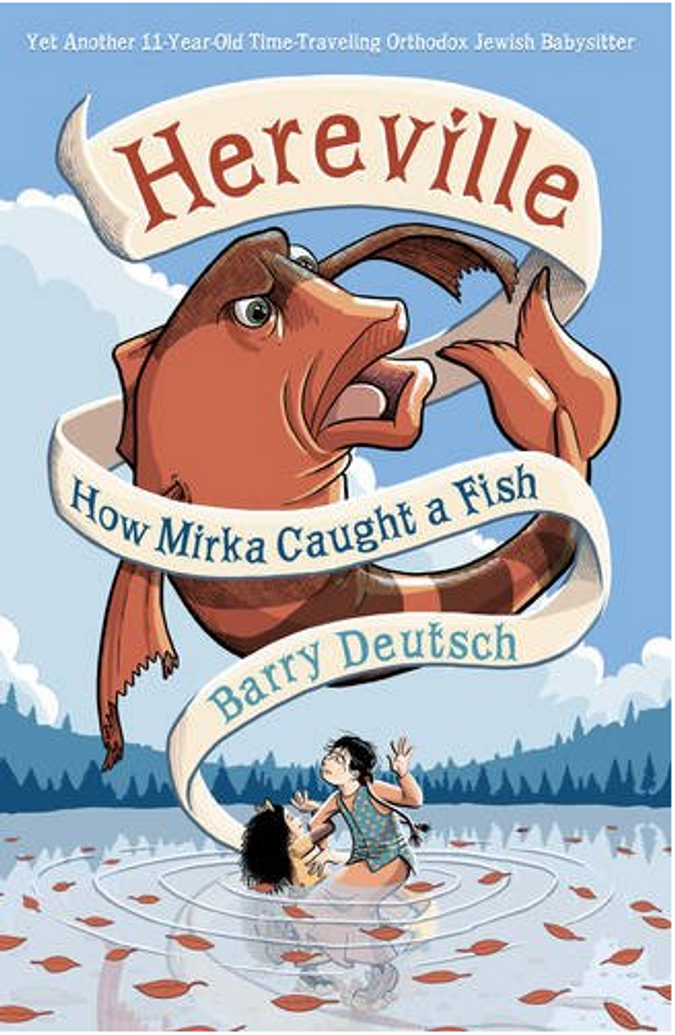 I read this book, the third installment of Barry Deutsch’s “Hereville” series with my favorite 10-year old, and we both loved it. I mean, what’s not to love in the adventures of an 11-year old time-travellling Orthodox babysitter? But I have to say, these books are masterfully done. They’re dense, magical stories, full of mysterious creatures, compelling characters and fabulous details. Mirka is absolutely lovable and the tender insight into Orthodox world is important, especially if you’re trying to raise a child who has a full, rich understanding of the Jewish world.

I love me some really great YA and this book is a great gift for the young ones, and a pretty magical read. 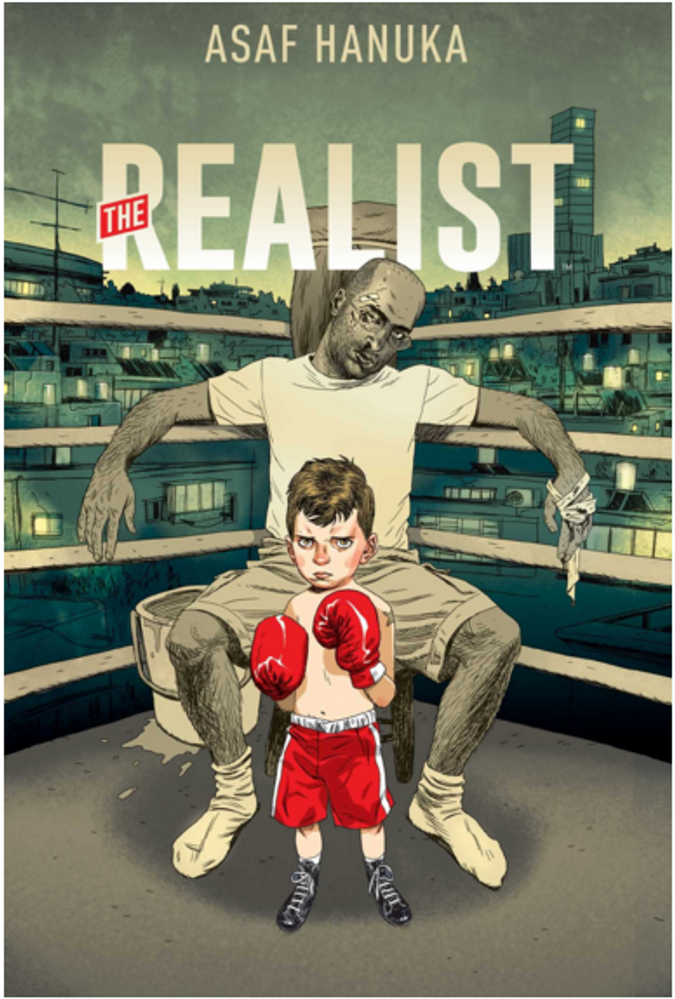 “The Realist” by Asaf Hanuka, published by Archaia

“The Realist”, Asaf Hanuka’s strip that’s been serialized online and in Hebrew for years, is finally available in English in book form and not a minute too soon.

It’s the most nuanced visually stunning insight into day to day life Israeli life, told in mostly one page strips. There are not grandiose stories here, just the daily grind. But it’s incredibly smart and cerebral. Asaf Hanuka is one of the most brilliant visual storytellers out there, most panels are full of red herrings and small visual metaphors that are easily skipped over, so you discover something new with every read. If you could only get one book from this entire list, this would be the one. 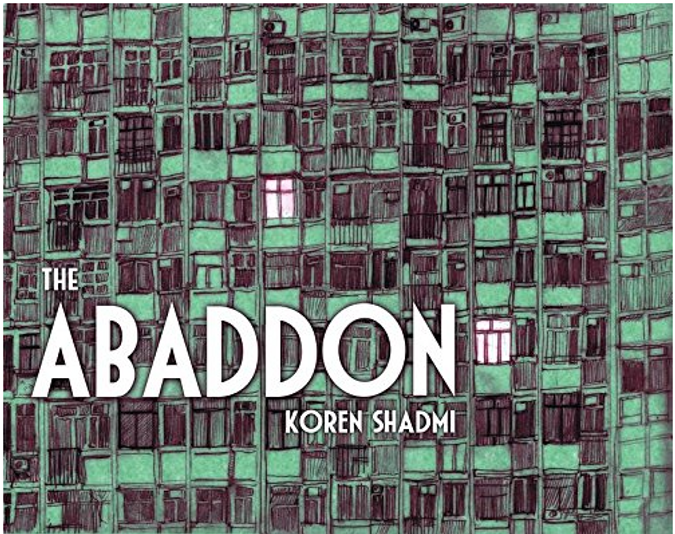 The Abaddon by Koren Shadmi, published by Z2 Comics

Ok, lovers of Sci-Fi, this one is for you. Well, really, it’s for everyone (but not really for kids). A former soldier is locked in an apartment building, “the Abaddon”, with nightmarish residents and no way out.

This is Koren Shadmi’s third English language graphic and if you ever read his first one, Mysterious Skin, you know it the world you’re getting into. It’s dark, haunting and absurd, like Etgar Keret meets Philip K. Dick with a dash of Guillermo del Toro for the visuals. Basically, good, deftly drawn stuff. 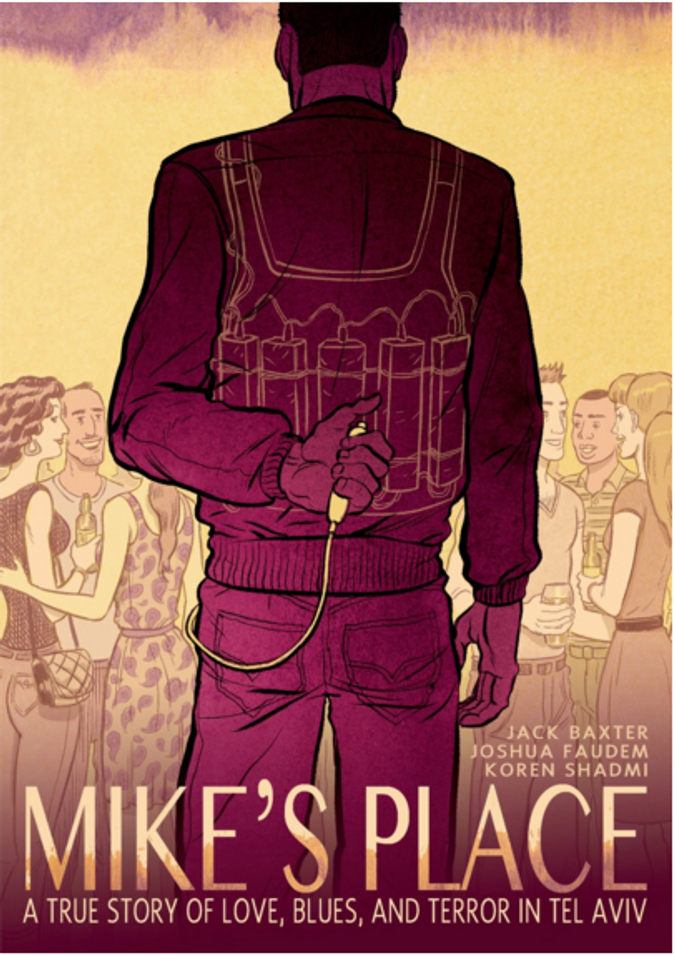 We would be bereft not to mention this graphic novel adaptation of the Mike’s Place attack in 2003, drawn by Koren Shadmi and written by Joshua Faudem and Jack Baxter, two filmmakers who had just started shooting a documentary movie about the pub, known for welcoming expats and shirking away from politics until that faithful day in April, when it got caught smack dab in the middle of the Israeli-Palestinian conflict.

This detailed and important first hand account of the bombing and its aftermath is definitely worth the read. 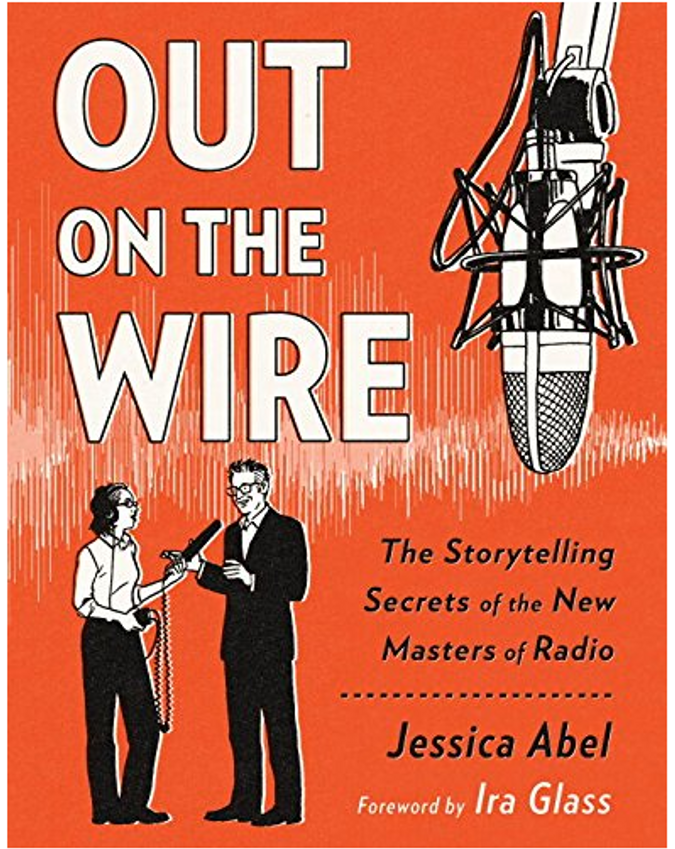 Out on the Wire: The Storytelling Secrets of the New Masters of Radio by Jessica Abel, published by Broadway Books

“Out on the Wire” was written and drawn by cartoonist Jessica Abel, but it’s filled with gems from the podcasting world’s best Jews, including Alex Blumberg, Chana Joffe-Walt, Adam Davidson and of course, Ira Glass. It’s a non-fiction exploration into the world of radio-storytelling, showcasing the biggest challenges and the best advice these audio-storytellers have to share.

Full disclosure: I used to be Jessica Abel’s intern and helped transcribe some of the raw audio material that was used in this book. But I still had so many lightbulb moments while reading it. It’s filled with so many pearls of wisdom. So while I might be a bit biased, I really recommend this book for any aspiring storyteller out there. 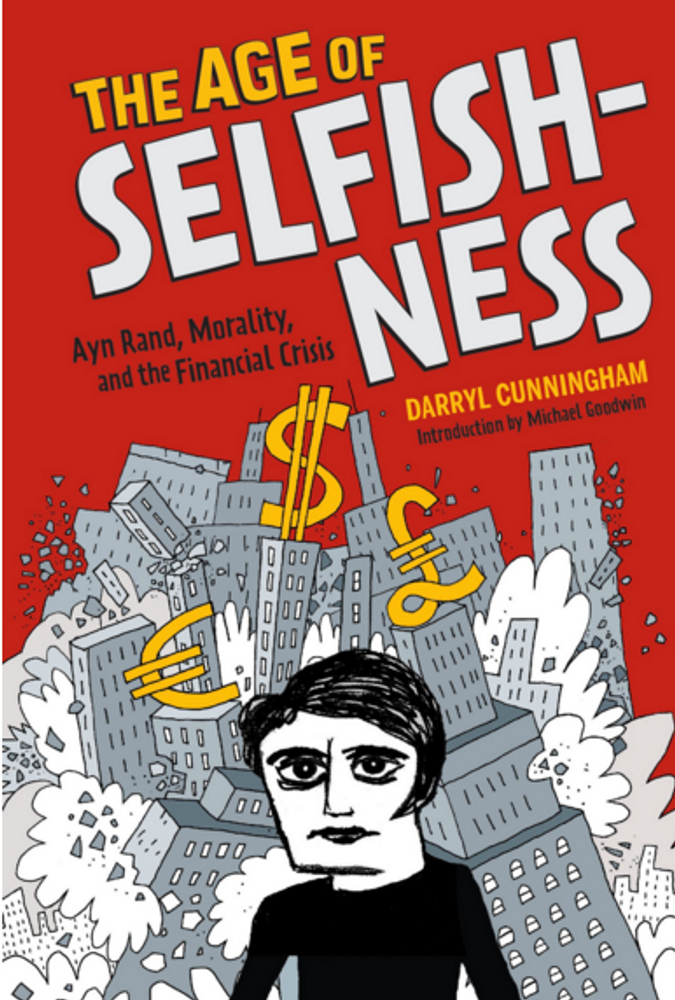 “The Age of Selflessness” by Daryl Cunningham

A graphic novel about our favorite grumpy Jewish aunt, Ayn Rand? Count us in!

“The Age of Selflessness” starts of with Ayn Rand, her fascinating and complicated life story and her philosophy and its legacy, markedly its effect on another notable Jew, Alan Greenspan.

It’s truly engaging and informative read. It’s art and writing is so clean and it tells a complex, multi-faceted story and tells it in a digestible way that doesn’t over-simplify this still very pertinent issue. 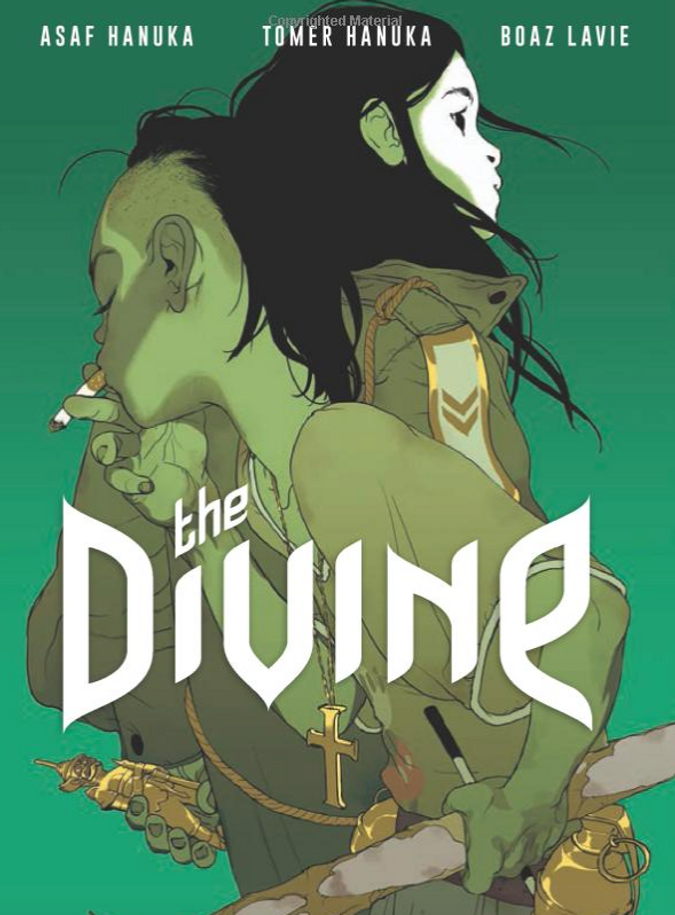 This harrowing tale of war and magic comes was inspired by the true tale story of Johnny and Luther Htoo who lead God’s Army in Myanmarr.

It follows the story of Mark, an explosive agent on a reluctant mission at to aid the military of a fictional South-East Asian country. The country is ravaged by a civil war lead by 10-year old twins known as “The Divine”. What follows is a tale of magic and the price of war, stunningly drawn.

The Hanuka Brothers have masterfully dealt with the subject of war before while working on Ari Folman’s “Waltz with Bashir”. And this book seems to mirror some of the film’s elements, but it’s its own different, mystical animal. 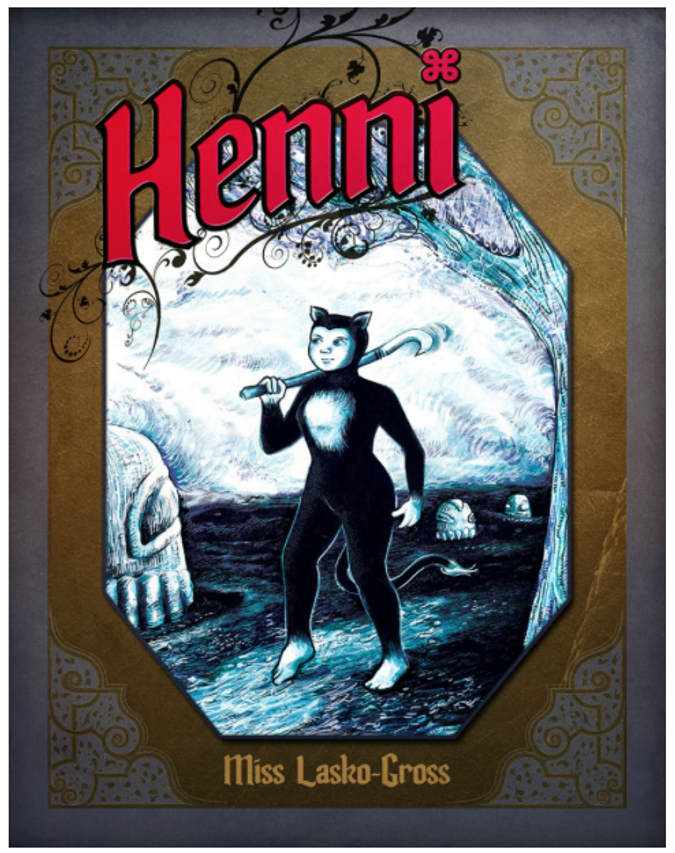 A departure from her auto-biographical work, Henni is the tale of Henni, a rebellious adolescent girl with catlike ears and a tail.

Michael Kaminer call it “as hard-hitting as it is heartrending.”

“And like all of her work, it avoids easy answers to complex questions.”

Did I miss anything? Let me know in the comments.