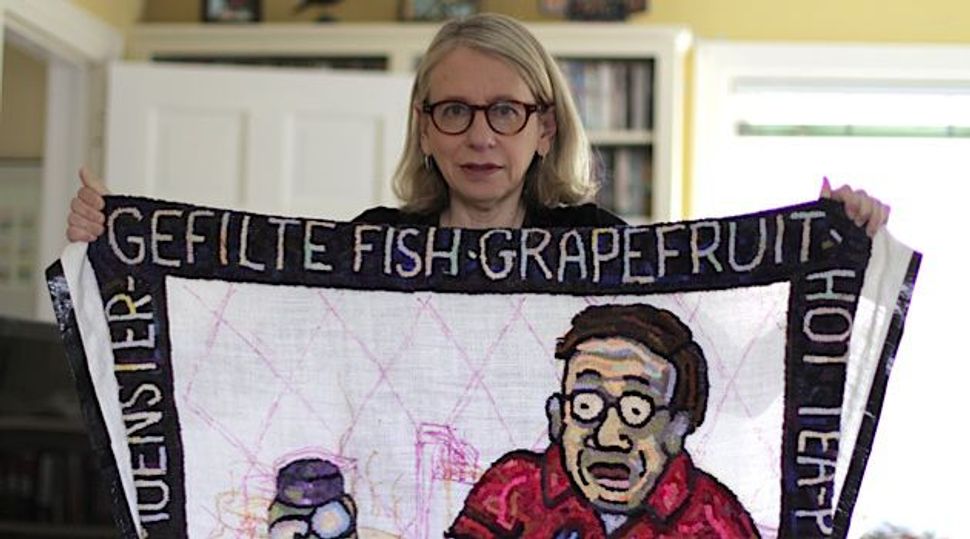 Jewish women have been pushing boundaries of comics for years, but 2014 proved an especially rich year for smart, challenging work from supremely talented artists.

Some confront personal history. Last year, in “Letting it Go,” Miriam Katin beautifully captured her own ambivalence about visiting Germany — and the double edge every place holds for her as a Holocaust survivor.

This year, Roz Chast’s compassionate “Can’t We Talk About Something More Pleasant?” chronicled the cartoonist’s own attempts to cope as her parents age.

And Joyce Brabner’s moving, funny “Second Avenue Caper” recounts the nutty — but eminently rational — plan hatched by her friends to smuggle pharmaceuticals from Mexico at the height of the AIDS crisis.

Fans of graphic-novel storytelling also got rewarded this year. “Lena Finkle’s Magic Barrel,” by Russian-Jewish New Yorker Anya Ulinich, nails the tale of a divorcee’s dark dive into dating. And Liana Finck’s “A Bintel Brief” — inspired by the classic Forverts column! — evokes the Jewish past with warm magic.

Finally, one of the most intriguing works by a Jewish woman cartoonist wasn’t illustrated. Ariel Schrag’s “Adam” twists the classic gender-disguise story into a 21st-century tale — and captures the messy fluidity of love and identity among Brooklyn millennials. Even without pictures, it speaks in vivid color.