The Secret Identity in My Spam Folder 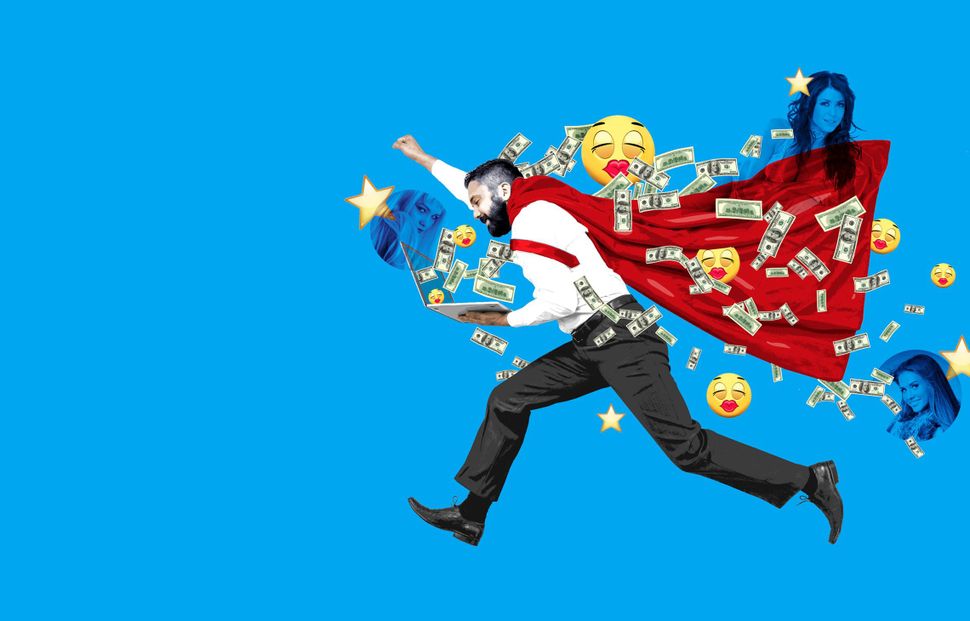 Appearances, as we all know, can be deceiving. If you looked at me, you’d see an oldish, unprepossessing, rather dull fellow dedicated to his daughters and his work, and anything but a master of the universe. But that is not the whole story. There is, alas, another me, tucked away out of sight. This other me has folks throwing money and credit cards at him, new laptops, iPhones and various gift certificates that he has, unbeknownst to him, won, even a “Thank You Present from McDonald’s” courtesy of one Colin Powells, not to be confused with Gen. Colin Powell.

This other me gets offers of “dream jobs.” This other me gets communications from members of the UN High Command, which has millions of dollars awaiting him in an African bank account, if only he will claim the funds, and from Ambassador Sir Garry Smith of the American Benin Republic, who writes that he is “angry” because he learned I had lost some money in West Africa (news to me, but then this other me has a quite independent existence) and he “didn’t expect such a thing will happen to any American citizen in my tenor,” (or baritone, for that matter) and that all he needed to restore the lost funds was some financial information from me. This other me has also heard from Powerball winner Pedro Quezada, who, apparently for no reason other than generosity, wants to give my other self $750,000. This other me is also something of a rake. Women, usually self-described as “hot and horny,” are dying to meet him – all sorts of women: Russian brides, women of the Brazilian team (which team not designated), girls named Gina and Serena, new girls in town, red hot cougars, even a porn star named Jessie J who “wants to say hi.” Who would have thought it?

Such is my spam life and, most likely, if you are male, yours too – that is, my life as determined by my email spam file

The division between public lives and private ones, and between real lives and fantasy ones, has a long history that probably dates back to the beginning of human consciousness, though the borders between them have been variously permeable over time. The sociologist Richard Sennett, in his famous book “The Fall of Public Man,” described how the rigid public behaviors that defined individuals in the 18th century, almost as a kind of performance, gradually mutated under the forces of industrialization and modernism into a more intimate kind of behavior where what was once private became increasingly public.

On the other hand, as we all know, modernity also brought with it more leisure, more “self time,” more time for us to indulge our private selves privately – the selves that no one, not even those closest to us, know about. And thanks to technology, especially the Internet with its role-playing games and avatars and chat rooms, we are all capable of constructing the richest fantasy lives imaginable. As MIT Internet specialist Sherry Turkle has written, we can assume whatever identities we want to assume on the web,.

Jews have a special interest in the interplay between the public self and the hidden self. For many of us, the division into these halves was not just another appurtenance of modernity; it was a matter of survival and sanity. Jews often had to hide themselves in plain sight. Sometimes it was to prove they weren’t Jewish. Sometimes, as in America, it was to prove that they were assimilated and homogenized, that they didn’t threaten the prevailing social order, that they were manageable and harmless: nebbishes and milquetoasts. And though the archetype of the man of the action disguised within the man of inaction, the hero within the nebbish, already existed – to wit, the Scarlet Pimpernel and Zorro – American Jews refined the character and the concept and brought him and it into the very center of Western heroism. For the Greeks, say, or the Romans, who basically created the original idea of Western heroism, the hero didn’t need to hide. He was there full-blown: Achilles, Ajax, Ulysses, Hector, Aeneas. Yes, Ulysses might have been devious, but he didn’t live a life of deviousness – a life within another identity.

For Jews, it was different. Repression led to expression. It was Jerry Siegel and his friend Joe Shuster, two young Cleveland Jews just out of high school, who came up with the idea of a superhero who camouflaged his true identity behind the spectacles and mild manner of a timid newspaper reporter named Clark Kent. Siegel said he got the idea when he was in high school and girls ignored him. “It occurred to me: What if I was real terrific? What if I had something special going for me, like jumping over buildings or throwing cars around or something like that?” So Siegel created Superman, who, as Jules Feiffer would say, looking at Superman’s larger Jewish provenance and the larger Jewish fantasy he entailed, didn’t really come from Krypton. He came from Minsk or Lodz or Vilna or Warsaw.

Superman may have been the original bifurcated Jew, and where he flew, many Jews followed, from Bob Kane, who created Batman, to Jack Kirby and Joe Simon, who created Captain America, to Stan Lee, who created just about every Marvel hero, including Spiderman, virtually all of whom are hidden men, men divided between their public selves and their true selves, or, put another way, Jews yearning to break out. The appeal, of course, is the vicarious one: Most of us, too, see ourselves as hidden – our intelligence, our goodness, our inner strength. So when Clark Kent doffs his suit for his cape, or Bruce Wayne his tailored suit for his purplish tights, or Peter Parker his argyle sweater for his Spiderman outfit, they are revealing themselves for us – the costume truer to their true selves than the ever-day attire they wear.

This sort of active fantasy life is now part of the human condition for both Jew and gentile – another Jewish bequest. We all have our double lives – the real one and the one of the imagination. But leave it to the Internet to not only allow us to don our alter egos, but also now do so without any effort whatsoever. That leads to our spam lives. In our regular email, we are Clark Kents, doing all the humdrum things we do each day. In our spam email, we are the masters American consumer culture encourages us to be even as it usually forecloses us from doing so: rich, powerful, sexual (OK – there are those ED ads that keep cropping up in my spam folder), the hero of our own story. Or put another way, spam is our cape.

Maybe that is the function of spam, which seems to have no other function. On the surface, spam exists to bedevil us, to let the people we don’t know and don’t want to hear from have a crack at us. It’s like those robocalls we used to get before the phone registry prevented them. But unlike those calls, beneath its surface, spam does have some value. If you take an occasional peek in your folder before you hurl it into the trash, you can feel a bit emboldened by that person the spammers think you are and that, in some occasional flights of fancy, you might even wish you were. And then you get back to your inbox.

Neal Gabler is the author of ”An Empire of Our Own: How The Jews Invented Hollywood.”

The Secret Identity in My Spam Folder