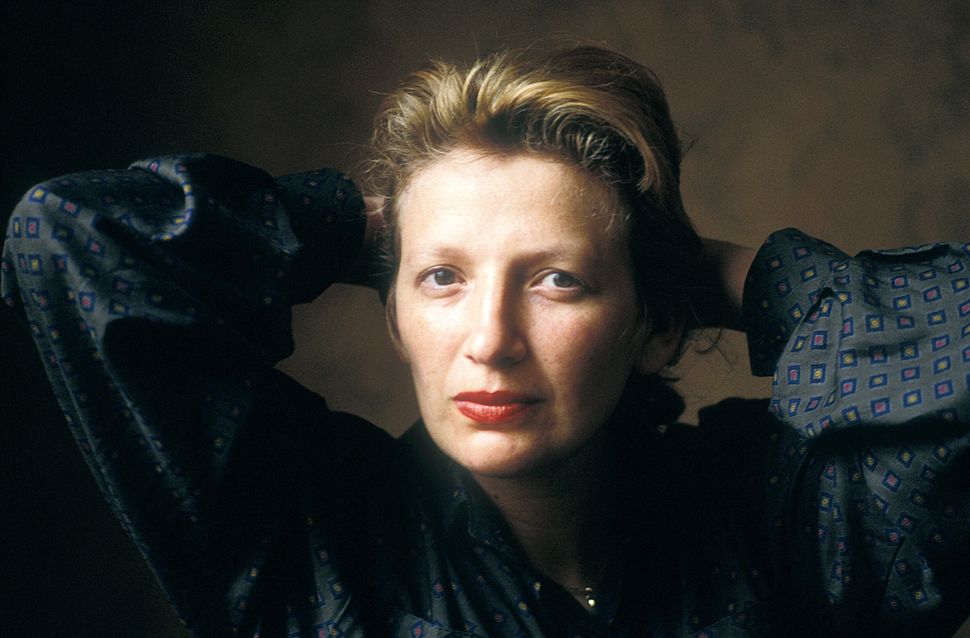 The judges for the Sapir Prize — widely considered to be Israel’s equivalent of the Man Booker prize — are not afraid of controversy. Last year, the award went to a Ruby Namdar’s “A Ruined House,” a novel written in Hebrew in New York, arousing such controversy that a rule was passed stating winners must live in Israel. This year, it was awarded to Orly Castel-Bloom for “An Egyptian Novel.” Castel-Bloom’s 14th book beat four other finalists: Sami Berdugo’s “An Ongoing Tale,” Anat Einhar’s short story collection “Mind-Blowing Ecstasy,” Ilai Rowner’s “Arik” and Yotam Reuveny’s “The Autobiography of Jean Riven.” Itamar Orlev won the first novel prize for “Bandit.”

The Sapir Prize comes with a cash award of 150,000 NIS(approximately $37,500) and funds for a translation into Arabic as well as a language of the writer’s choice. The book is being translated into French and will be published in English by Dalkey Archive Press, so Castel-Bloom has chosen Spanish as the language for the prize to fund translation. Her previous works to appear in English are “Textile,” “Dolly City” and “Human Parts.”

This book was described as Castel Bloom’s “most radical” by Omri Herzog in Haaretz newspaper. It is about an Egyptian Jewish family and is written in a mixture of historical and biographical facts. The earliest story in it is about a Jew who did not hear what Moses had to say to the rest of the people and stayed in Egypt. Another part of the family, the Kastils, left Castilla in Spain in 1492. Other parts of the book take place on a kibbutz and in Tel Aviv. The Sapir Prize committee said in their citation, “In this book, Orly Castel-Bloom is testing her strength in a classical narrative and a traditional family saga, but as always with Castel-Bloom, nothing is what it appears to be at first sight. The conventional family story veers into original and untamed paths… In this story of hers, the author broadens the canvas of Hebrew literature and in a unique manner she lays out a decidedly Israeli story, one which she has never told before.”

Professor Nili Gold, Associate Professor of Modern Hebrew Language and Literature at the University of Pennsylvania, had Castel-Bloom visit Penn and told the Forward in an email, “students loved her straightshooting honest and spontaneous approach.” Gold added that what is important about-Castel Bloom is that “she writes from a perspective all her own which often seems like an amusement park mirror hall where reality is distorted only to emphasize what is wrong with it. At the same time she is acutely aware of human suffering and of social and economical hardships. Sharp-tongued, criticizing the establishment and ignoring taboos she creates characters who show the absurdity of Israeli urban life.”

In a phone interview in Hebrew with the Forward, Castel-Bloom said she still could not fathom what the win would mean to her. “I am still on a high,” she said, adding that the win “finally convinced my mother that I took the right path and did the right thing” by becoming a writer. Her mother worked for a bank and her father was an accountant for El Al.

Castel-Bloom began writing in 1985 when she was 7 months pregnant with her first child and her father was hospitalized at the end of his life. She told the Forward that two days before her father died, “I started to write a story and it allowed me to look at all from the side so it wasn’t so painful.” She added that “in writing I explain myself, explain reality as I understand it so I can understand it.” In addition to her writing, she teaches creative writing to art students at the Bezalel School in Jerusalem. “An Egyptian Novel” was “more difficult to write” than her other books, she said. It took her five years to research the book and to master the book’s structure which moves from past to future. She read works from the Middle Ages to be able to use Hebrew inflected with the archaic language of that time period. She added, “each chapter was like an archaeological dig. I needed time.”

Castel Bloom currently lives in a noisy part of Tel Aviv. She says she likes the noise and knows when there is a police car or an ambulance. “I am influenced by the hecticness of where I live,” she says. For her, the prize will allow her a “year to write, quiet.” She has signed a lease to stay in her current apartment for another year to finish her current work. She has lived with a garden in other places but here, her plants are on her porch. “When you care for garden, you need patience, that is the most important thing for a writer, patience to work again and again and again,” she said.

Ruby Namdar, whose book “The Ruined House” will be published in English in September 2017 by Harper Books, told the Forward in an email “The prize is more than the sum of its financial and publicity related rewards, for me it symbolizes the acceptance and appreciation that we all strive for, whether we admit it or not.”

Beth Kissileff is the editor of the recently published anthology “Reading Genesis” (Bloomsbury/ T and T Clark, 2016) and the author of the forthcoming novel “Questioning Return” (Mandel Vilar Press, 2016).