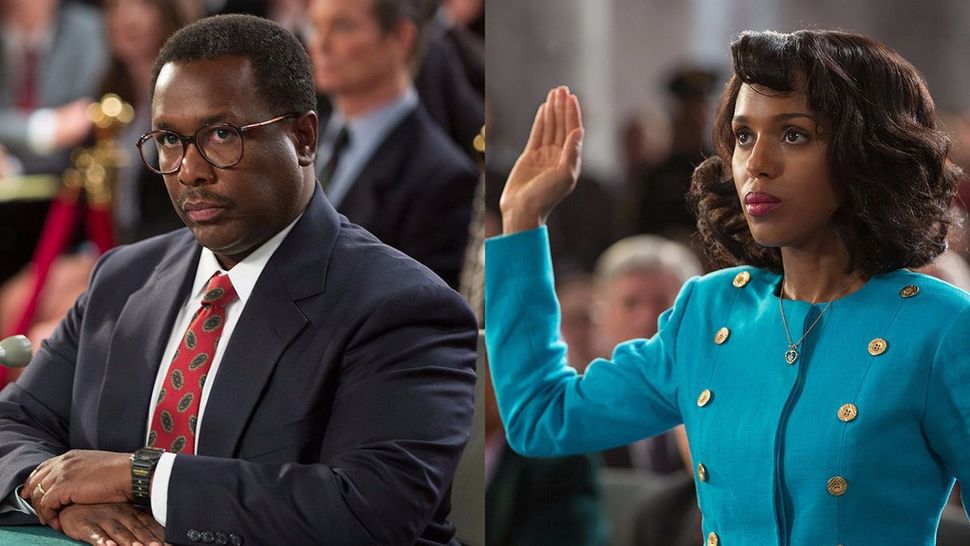 In 1996, David Irving sued Deborah Lipstadt and her publisher, Penguin Books, for libel. This was in response to her having termed him a Holocaust denier in her book “Denying the Holocaust.” As the case was coming to trial, perhaps the most dumbfounding reactions came from those members of the clubby British history and journalism fraternity like John Keegan and Christopher Hitchens, who accused Lipstadt of undermining Irving’s right to free speech.

Hello?
They were overlooking one awkward but vital datum: Irving sued Lipstadt. She didn’t initiate legal proceedings, she did nothing to abrogate Irving’s right to free speech. She simply told the truth (something she was subsequently able to demonstrate conclusively at trial, a development possible only because Irving dragged her into court in the first place). That he chose to sue, and in the process destroyed his own reputation as a historian, not to mention as a decent human being, came about through actions he had chosen to take. Saying Deborah Lipstadt was interfering with David Irving’s freedom of speech is akin to saying that raising your arms to protect yourself from a policeman’s billy club is tantamount to resisting arrest. (To his credit, Keegan later retracted his charge with an apology.) It was a legal battle she had neither sought nor begun; she just happened to have truth on her side, she just happened to win it.

I was reminded of these events while watching Rick Tyler’s 15 April appearance on Bill Maher’s Real Time. Under discussion was the HBO film, Confirmation, about the Senate hearings to confirm Clarence Thomas’s nomination to a seat on the Supreme Court. After confidently — not to say smugly — averring that Anita Hill had lied about Thomas’s sexual harassment, he further claimed she had come forward as part of a left-wing plot to thwart Thomas’s confirmation.

To which the single most salient refutation — among many others, almost too many others to count — is, she did not come forward. She had complained privately to a couple of close friends years previously, contemporaneously with the harassment itself, but had never made a public issue of it. Word of her problems reached the committee majority through some other source, a source that as far as I know has never been revealed, and they sought her out. Were the committee’s motives political? Well, sure. Among other, arguably more principled motives, I have no doubt they hoped to scuttle the nomination of a movement conservative jurist. That, for better or worse, is how the game is played. But Anita Hill wasn’t part of their deliberations, she had absolutely no motive to lie and manifestly no inclination to speak out. She had kept silent for years, for a variety of understandable reasons, careerist, political, racial, personal; when she first complained of her ordeal privately, there was no way she could have known a day would come that her boss would be elevated to such an important position, there was no way she could have been laying the groundwork for testimony years in the future. The notion is so stupid on its face one has to regard Rick Tyler as simply deluded. (Of course, the fact that he supports Ted Cruz for president already suggests he’s deluded, but this is an even more clinching bit of evidence.)

I won’t belabor the fact that it was a panel consisting solely of white men who judged Anita Hill’s testimony and Clarence Thomas’ fitness for elevation to the court. Enough has been made of that already and doesn’t require further rehashing. But I will say that, watching the testimony — and I was glued to the television when the hearings were taking place — Hill’s veracity seemed so patent to me, so undeniable, that even without the circumstantial corroborating evidence, I would never have doubted her. When a friend of mine told me he believed Thomas’s denials — the only friend of mine who so believed, incidentally — I thought he must be living on a different planet from me. And when I saw the way the committee’s members tied themselves into pretzels to avoid directly calling Anita Hill a liar but still allowing themselves to vote to confirm Thomas, it made my hair hurt.

The film Confirmation, which aired last night on HBO, struck me as a pretty accurate rendering of those events. With a good script by Susannah Grant, fine, unspectacular direction by Rick Famuyiwa (the film is all talking heads and interiors, so fancy visuals would have been absurdly out of place), and really stellar performances from an all-star cast, the film succeeded in generating many of the same emotions I experienced when the hearings were actually in progress.

And first among them was outrage. It was so clear that Anita Hill was telling the truth, with choking embarrassment and manifest reluctance. And it was also obvious that Clarence Thomas was deflecting her allegations by making himself out to be a victim. And the performances of the minority members of the committee — especially Alan Simpson and Orrin Hatch, but not excepting Arlen Specter — were atrocious. And while John Danforth, an Episcopal priest and a personal friend of Clarence Thomas, who enjoyed a reputation as one of the more decent members of the senate, seemed to emerge with his reputation more or less intact, the movie portrayed him (I assume accurately) as one of Thomas’s more ferocious, ruthless champions. “This is a street fight,” he snarls at the rather ineffectual chair of the committee, current Vice President Joe Biden, a man trying all too fecklessly to do the right thing and totally losing control of events. And a street fight is what it became; a search for justice and truth was irrelevant to the proceedings. Some evidence corroborating Hill’s allegations was disallowed; at least one witness who had the same experience with Thomas as Anita Hill was never called to testify.

The film itself makes no overt attempt to adjudicate the rights and wrongs of the hearings, although I think it’s clear where its heart lies (that Kerry Washington, who plays Anita Hill in the film, is one of its executive producers confirms one’s suspicions in this regard). In real life Thomas was and remains a cipher, and Wendell Pierce’s performance, skillful though it is, barely illuminates his interior life. But the way Virginia Thomas is portrayed by Alison Wright, subtly — not through dialogue, but simply through body language and facial expression — suggests she has her own nagging doubts about her husband’s account. It’s unlikely there is any actual record sanctioning such an interpretation, which perhaps explains why it is never expressed outright; it is the filmmakers’ license, with plausible deniability retained, but arguably signals their implicit sympathies.

Not many senatorial heroes emerged from these hearings. As indicated, Joe Biden tried to behave decently but failed to exercise sufficient control over his committee. Edward Kennedy, because of his own history with women, felt hamstrung, and largely remained silent. Other senators stepped gingerly through the whole morass. Any clear-cut stance involved alienating a substantial bloc of voters, and most therefore tried to avoid taking a clear-cut stance. One senator who was willing to do precisely that was — against all odds — Joseph Lieberman. Given his subsequent career, it pains me to praise him, but it remains true that after hearing and weighing the testimony of Hill and Thomas, he changed his vote from Aye to Nay. A couple of years later, at a party in Washington, I had occasion to ask him about his decision, and he told me that he’d found it impossible to doubt Anita Hill’s testimony. “It was obvious she was telling the truth,” he said. As we were having this discussion, I saw out of the corner of my eye that Alan Simpson was bearing down on us. “Redd Yiddish,” I said to Lieberman — Yiddish for “Talk Yiddish” — “it’s Alan Simpson!” Lieberman found this funny enough to repeat to his wife, but he also told me in response, “It’s okay, we’ve worked it out.”

But had they worked it out with Anita Hill? Somehow, I doubt it.

The issue of sexual harassment can be a gray area — grayer than many people are comfortable acknowledging — and the line between harassment and inept flirtation can be a narrow one. And the behavior per se isn’t always the crucial test; behavior that’s reprehensible when unwelcome can be titillating and amusing when there’s mutual attraction. But the fact that some of the area is gray doesn’t mean it’s all gray. The behavior alleged by Anita Hill — and I take her reliability as a given — was clearly over any line any reasonable person might draw. It was humiliating, it was insulting, it was intended to degrade.

But what was even worse, what was, to my mind, completely unforgivable, was Thomas’s — and the Bush White House’s, and the Senate Judiciary Committee minority’s — willingness to hang Anita Hill out to dry the way they did, to aggressively portray her as a liar and a spurned lover and an erotomaniac. Some of them, at the very least, must have known how disingenuous this tactic was. But they didn’t care about fairness, they cared about winning. They didn’t mind that an innocent victim was going to be victimized all over again. She was inconvenient, so she needed to be disposed of by any means they happened to have at hand.

And to be clear, my response to this isn’t partisan. The Republicans did this in 1991. The Clinton White House mounted a campaign to do the same thing to Monica Lewinsky in 1997 and failed only because she’d preserved physical evidence that validated her version of events.

In both cases, it was despicable.

Erik Tarloff is a novelist, playwright, and screenwriter. His most recent novel is “All Our Yesterdays.” This article was originally published on Tarloff’s [blog. ](www.eriktarloff.com] Twitter @eriktarloff