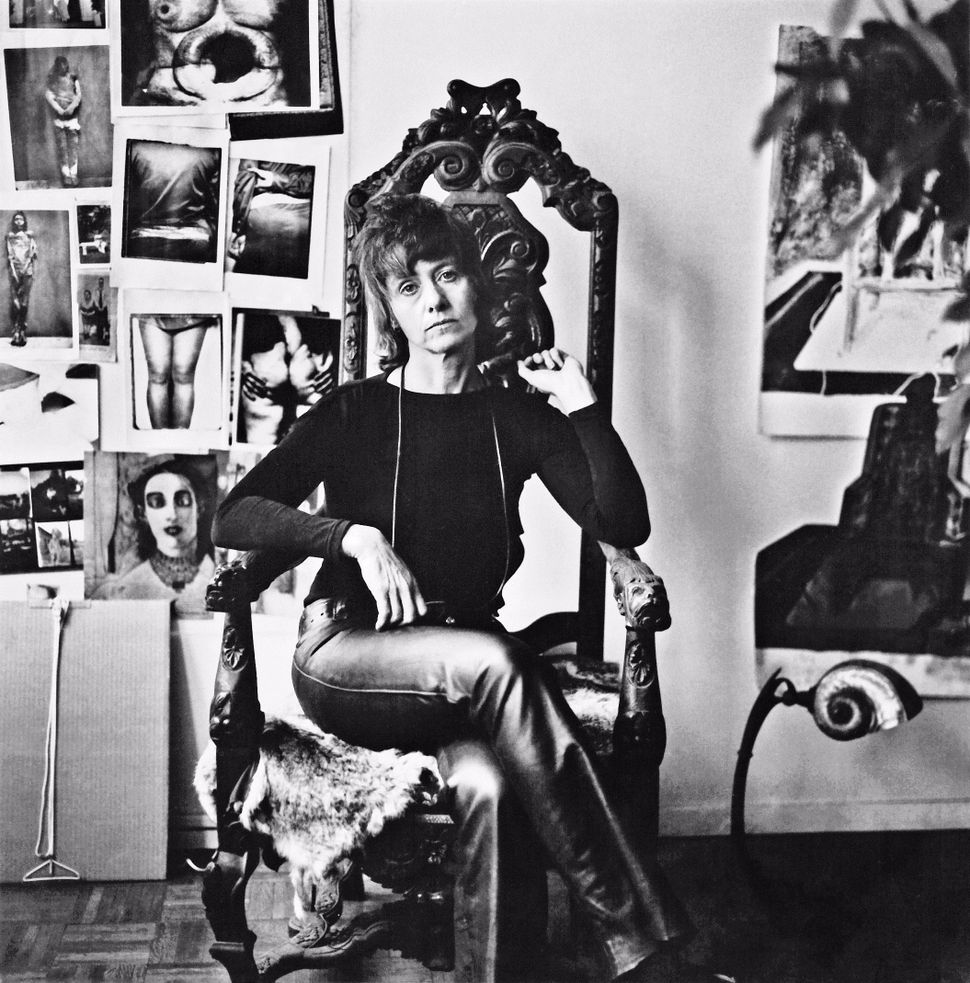 Portrait of the Artist: Diane Arbus is the subject of Arthur Lubow’s psychoanalytical biography. Image by Eva Rubinstein

Arthur Lubow writes that he has tried to tell the story of the photographer Diane Arbus with “the detail and clarity that she prized.”

The portrait that emerges in “Diane Arbus,” the first major biography since Patricia Bosworth’s in 1984 is of a remarkable talent who often felt empty inside, who vacillated between artistic conviction and self-doubt, and who charmed, seduced, fatigued and only occasionally exploited her photographic subjects. Susan Sontag had, most famously, advanced this last criticism. “Arbus usually kept her word,” Lubow insists — except when she didn’t, by revealing, for instance, nakedness that she had promised to conceal.

Intimate and sympathetic, the biography nevertheless describes a woman who was idiosyncratic, sometimes irritating, troubled, needy and sexually compulsive.

Being the daughter of a wealthy women’s clothing store owner did not especially ease the former Diane Nemerov’s path. In Lubow’s telling, her mother, Gertrude Nemerov, with psychological problems of her own, was neglectful, creating emotional wounds that never healed. Diane’s originality was recognized early, and photography sometimes exhilarated her. But it was at best a precarious way to make a living.

Even as she evolved from her husband Allan Arbus’s fashion photography assistant into a recognized artist, she was stuck on a “freelancer’s roller coaster,” perennially scrambling for work. Often, commissioned photographs weren’t published, and she had to settle for kill fees; sometimes payments were delayed or denied. She had to accept work she disdained just to stay afloat. Despite ongoing economic assistance from her husband, with whom she remained enmeshed even after they separated and, much later, divorced, financial stress was a constant. 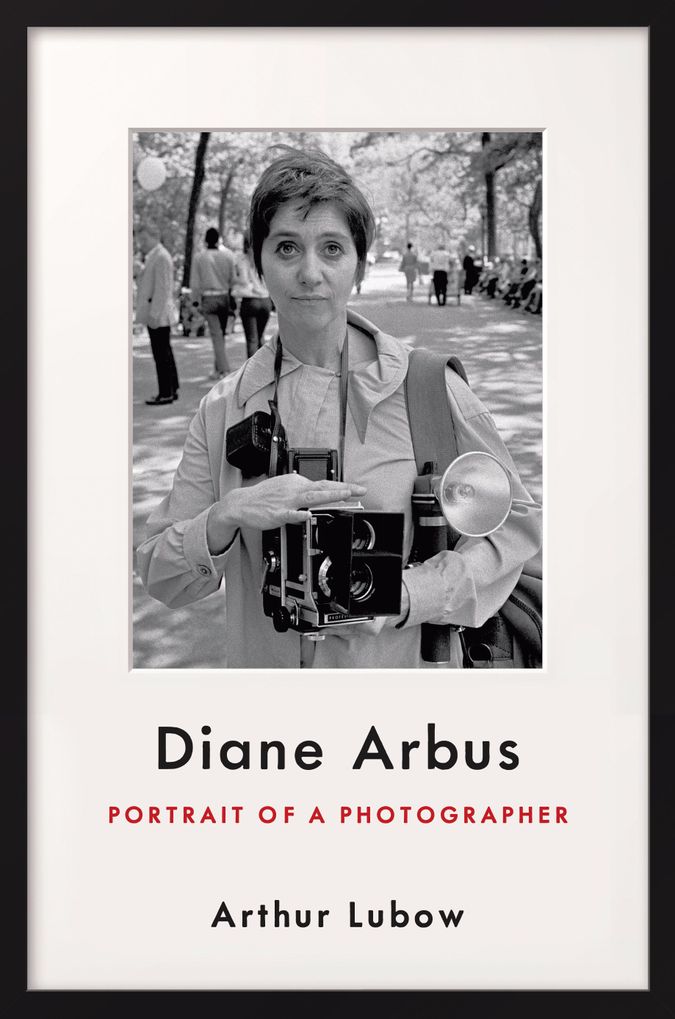 Image by Courtesy of Ecco

Lubow, whose biographical project began in 2003 with a New York Times Magazine article, is adept at situating Arbus within the history of photography. He links her to the German portraitist August Sander, while noting that Sander emphasized types over individuals. He describes her friendly rivalry with the wildly successful fashion photographer Richard Avedon; her debt to her mentor and teacher, Lisette Model, and her admiration of the great American documentarians Robert Frank and Walker Evans.

He also acutely depicts her frustrations in love. After her marriage petered out, Arbus devoted much of her romantic energy to the (married) painter and magazine art director Marvin Israel. Israel, in Lubow’s view, fostered Arbus’s art. “He encouraged, pushed and dared her,” Lubow writes. But Israel had no interest in leaving his wife, Margie Israel, a fine artist in her own right. Arbus, obsessed, tried distracting herself with other men and, occasionally, women. Her unmoored sexual libertinism — she participated in orgies, slept with her photographic subjects and even solicited strangers for sex, Lubow says — was extreme even for the 1960s.

But he does credit the views of Arbus’s friends that another quasi-incestuous romance, Israel’s rumored liaison with Arbus’s daughter Doon Arbus, likely contributed to her demise. Suicide is complicated: Arbus suffered from depression, and aging troubled her; she was afflicted with hepatitis, and she was often in despair about her finances and her work. But a double betrayal — by both daughter and lover — could not have helped. Arbus took her own life in 1971, at the age of 48. “After Diane’s death, Marvin and Doon socialized and traveled together as a couple,” Lubow reports, though Israel continued to live with his wife. 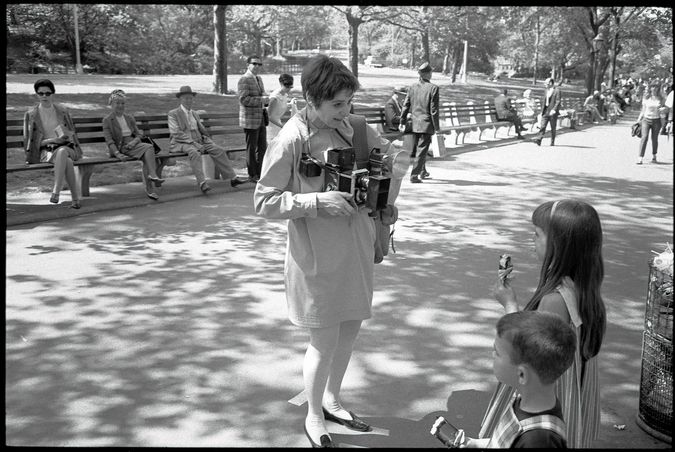 Portrait of the Artist: Photographer Diane Arbus is the subject of Arthur Lubow’s psychoanalytical biography. Image by Todd Papageorge

Lubow’s achievement is, inevitably, shaped by the materials available to him. As with Bosworth, the Arbus Estate declined to cooperate; neither daughter, Doon or Amy, spoke to him, nor could he access a major archive of her photographs and writings, nor reproduce her images — a real loss. (A show of her early work will be on view at the Metropolitan Museum of Art’s Met Breuer space from July 12 to November 27.)

The biographer did interview her ex-husband, whom she married at 18 and with whom she enjoyed a relationship that Lubow describes as “a tender pas de deux of mutual consideration.” He also draws on recollections and letters from several former Arbus lovers, colleagues and friends — categories that often messily overlapped. And he spends too much space profiling two close female friends, Pati Hill and the highly eccentric Nancy Christopherson.

In the end, Lubow dabbles uneasily in psychiatry, positing that Arbus’s “photographic portraits and sexual assignations were alternative ways of achieving affirmation that she was alive and real.” He concludes: “[B]ecause her presence was so seductive, her photographic subjects, like sexual conquests, respond: lustful, bashful, curious, leering, complicit, knowing, uncomfortable….” So, too, one might add, do viewers respond, complicit in the voyeurism.

Gaps in the record ensure that Lubow’s biography will not be the last word on Diane Arbus. But it will serve as an indispensable, if not incontestable, starting point in understanding the photographer, her art and the links between the two.

Julia M. Klein, a cultural reporter and critic in Philadelphia, is a contributing editor at Columbia Journalism Review and a contributing book critic for the Forward. Follow her on Twitter, @JuliaMKlein.