Poetry As A Service? Lyricists Pen Verses to Public On Street 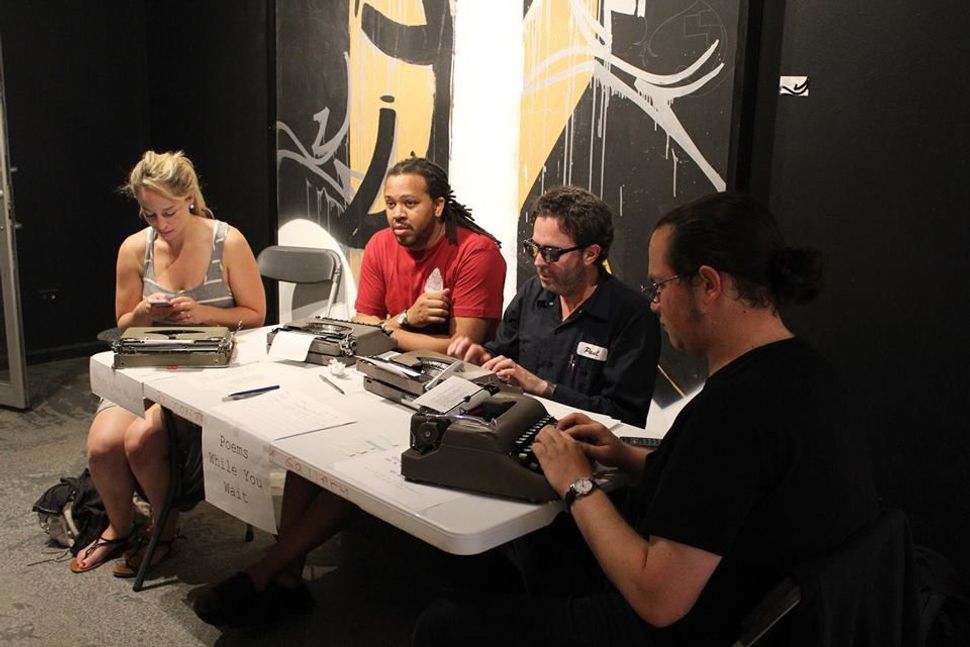 “Poems While You Wait” is a collective of poets who write verses for people in a few minutes.

Armed with their typewriters and the whims of passersby as inspiration, a number of writers are seeking to bring the craft of poetry to the masses — by writing poems on request for people on the street.

Bill Keys can often be found in the depths of Washington Square Park or Central Park, where he will sit with his “Poems About Anyone or Anything” sign and wait for strollers to come up to him and request poems by donation.

“A lot of people just don’t have the language to say what they’d like to say,” said Keys, who will speak to visitors for a few minutes and then compose a short poem about something they’re thinking about — be it favorite pets, the weather or relationships gone awry. People will also often ask him to write a poem that they can give to loved ones as a gift. 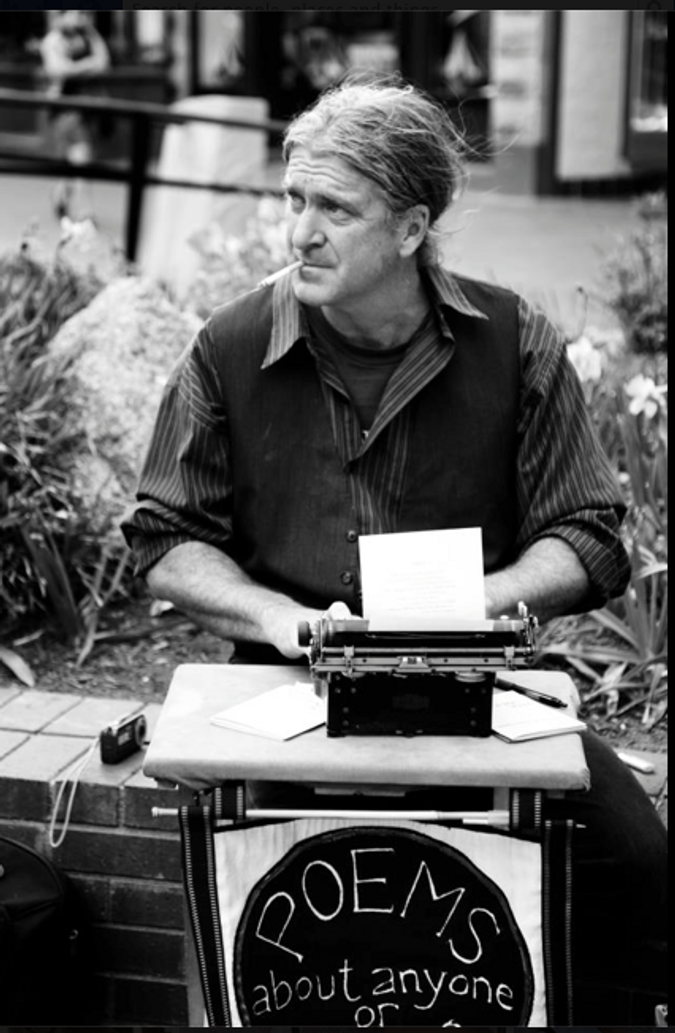 Typing the verses up on his 1971 Corona typewriter, Keys said that writing a poem in ten minutes while people stand and wait for the results can be stressful — he is not always happy with the work he produces.

Bob Holman, who published poetry collections Sing This One Back to Me and Picasso in Barcelona, has been telling audiences that there is no single right way to do poetry for more than four decades. If silly subjects and a relaxed atmosphere at the park can draw more non-literary people toward poetry, so much the better.

“To treat a poem as a commodity like potatoes or pizza, I think is a marvelous and hilarious idea,” he said.

Eric Plattner, a member of the “Poems While You Wait” collective in Chicago, will often set up typewriters with several other fellow poets and compose short poems for people who come up to them in parks, art museums and other locations throughout the city. They donate the $5 that they charge per poem to a literary nonprofit.

He said that his Jewish faith often draws him toward composing poems on the spot in the same way that most others are drawn toward music or cantor — in his tradition, there is no separation between poetry and song.

“The same things happen when you’re praying in Judaism as when you’re writing poetry,” said Plattner. “You’re sort of moving.”

Plattner, who owns over 50 typewriters and often sends some out to other poets, cannot picture creating poetry on anything else — he likes the innate immediacy and physicality that comes with crossing out rather than deleting mistakes.

That said, he also prefers not to reread his poems, which other members of the collective will sometimes post on a Tumblr site, as the desire to start making corrections becomes too strong. 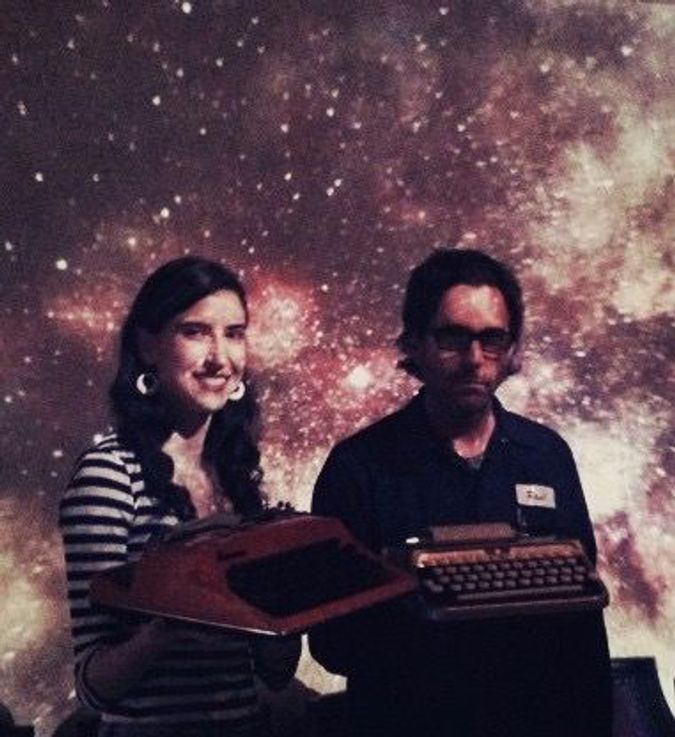 Kathleen Rooney and Eric Plattner have been writing poems for strangers together for the last 5 years. Image by Courtesy of Eric Plattner

The people who choose to purchase poems do not wake up with a sudden literary craving, said Kathleen Rooney, who has been writing poems with Plattner in “Poems While You Wait” for the past 5 years.

Instead, they will come across the poets as they go about their day and feel intrigued.

“We want to be in places where people wouldn’t expect a poem,” she said.

Other literary types will often ask Rooney, who also has several books of published poetry, why she opts to give away what she writes to strangers.

Along with both Plattner and Keys, Rooney sees the work she does as a service to people who need poetry to say what they cannot — rather than commodifying her writing, she’s opening the genre up to those who would not otherwise seek it out in a book.

“It’s the difference between being a jazz musician who’s doing an improv solo versus being Beethoven or somebody who’s sitting down and really composing something,” she said. “They’re both music.”

Poetry As A Service? Lyricists Pen Verses to Public On Street