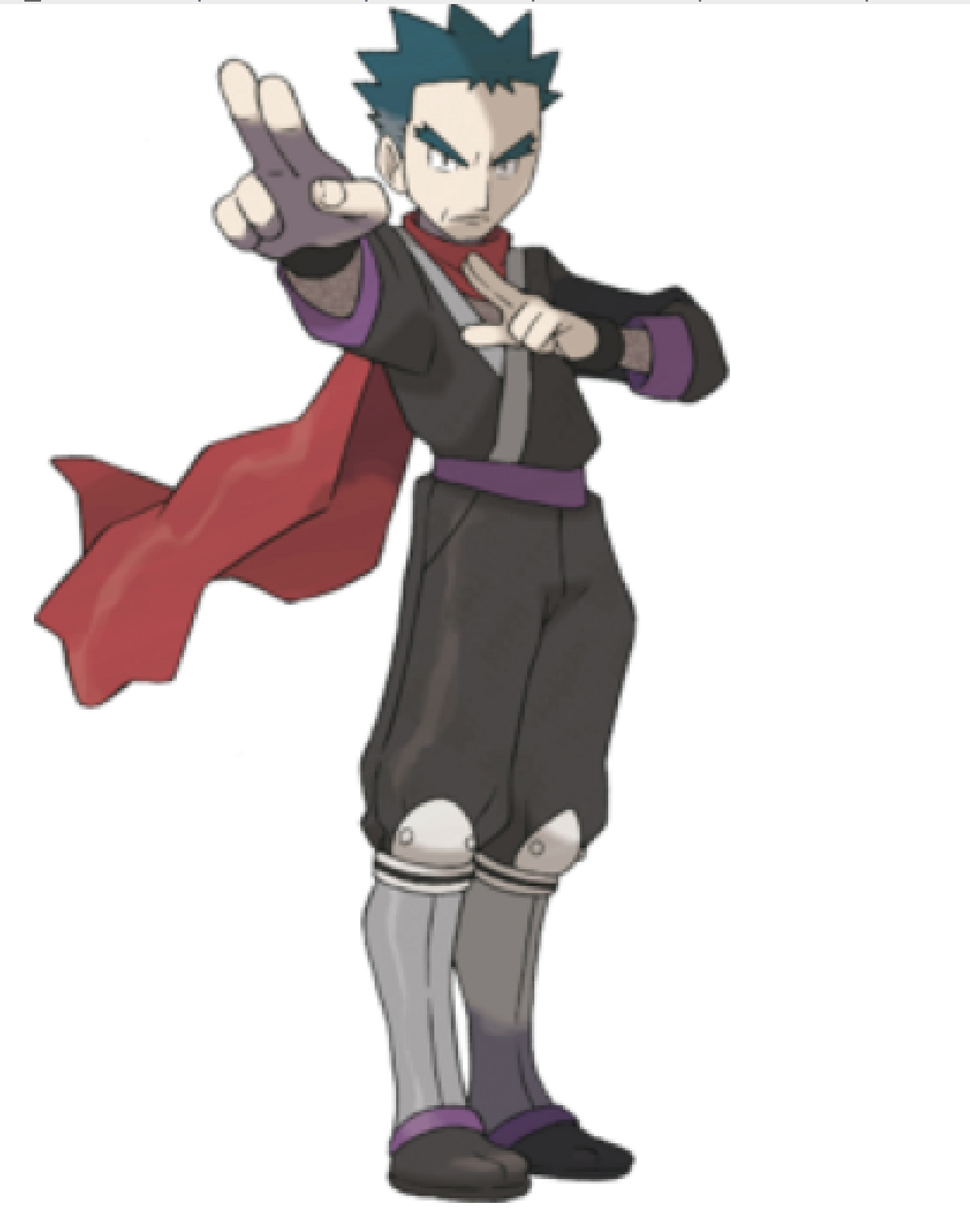 Israeli impresario Uri Geller has claimed that extraterrestrials gave him the power to bend spoons with his mind. He also runs a humanitarian organization called International Friends of Magen David Adom (Red Star Of David).

Sometime around 2000, kids started approaching Geller and asking him to autograph certain Pokemon cards. Apparently, there was a widespread assumption among Pokemon players that Geller was the inspiration for a character called Kadabra.

Kadabra is a yellow, three-toed fox with an exoskeleton. Standing on his hind legs, he would be just over four feet tall, if he existed. Kadabra is, of course, a more evolved version of a creature called Abra. 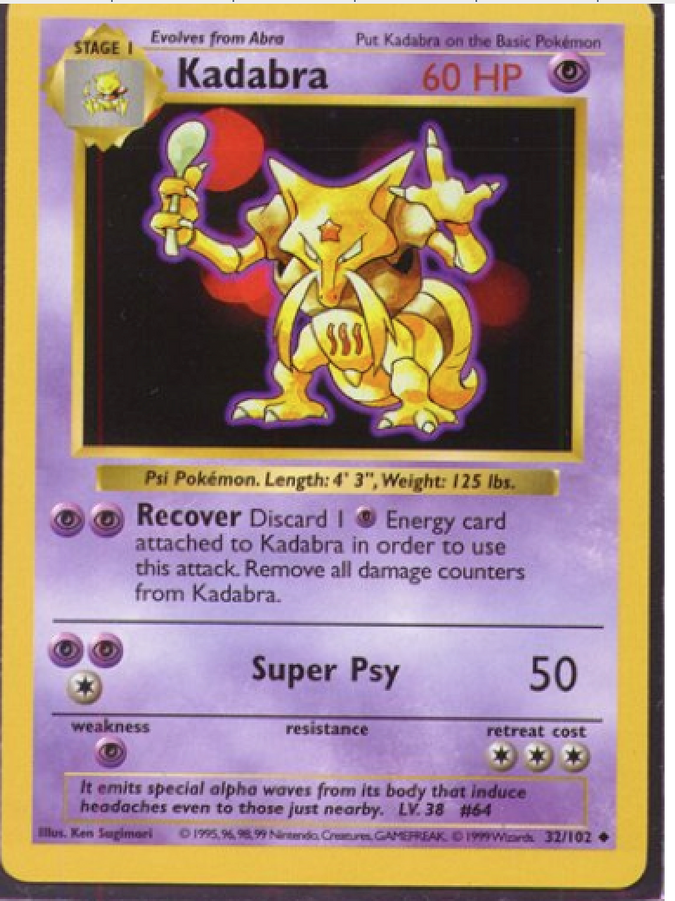 The ancient word “abacadabra,” which may have originated in Hebrew, roughly means “it came to pass as it was spoken.” Although the phrase originated around the year 200, it could easily be associated with Geller, who once claimed he could affect the outcome of a soccer match with crystals. (His favored team lost.) He also once predicted that a missing Hungarian model would come home safe and sound. (She was found dead.)

Kadabra’s psychic power is to give people headaches and to cause nearby machines to malfunction. In other words, to make any situation annoying. This does bring to mind Uri Geller, but it wasn’t the basis of his lawsuit.

Kadabra is often depicted holding a spoon. (The spoon is sometimes described as “bent,” but it doesn’t look bent to me.) He also has a red star on his forehead, though it’s definitely not a six-pointed Star of David.

Also, three lines zig-zag down his chest. Each line looks a little bit like the letter “S” as depicted on Nazi SS uniforms. Although it’s not clear what the third “S” would stand for.

If Kadabra is an anti-Semitic caricature, then it’s a rather abstract one. And Geller, who seems to invite mockery, could be parodied much more directly, and to better effect.

The real story here is that Pokemon players made the association to begin with. And now that Pokemon is literally everywhere in the United States, wacky associations between its characters and things in the real world are only going to proliferate.

Tech mavens are calling Pokemon Go the killer app for augmented reality, meaning that ordinary people (as opposed to early adopters) will commit to wrapping their mind around AR in order to play the game. But Pokemon Go is also the killer app for Pokemon itself. A fantasy world that was previously the domain of kids, comic book geeks, and Japanese people, is now being exposed to anyone with a smartphone and a little curiosity. You don’t have to understand the world of Pokemon to play Pokemon Go. (This is not an endorsement.) So prepare to walk down the street, observing people looking at their phones, exclaiming: “Oh look, I found a Poke… what the heck is that thing?! Did a squirrel and a turtle actually…” 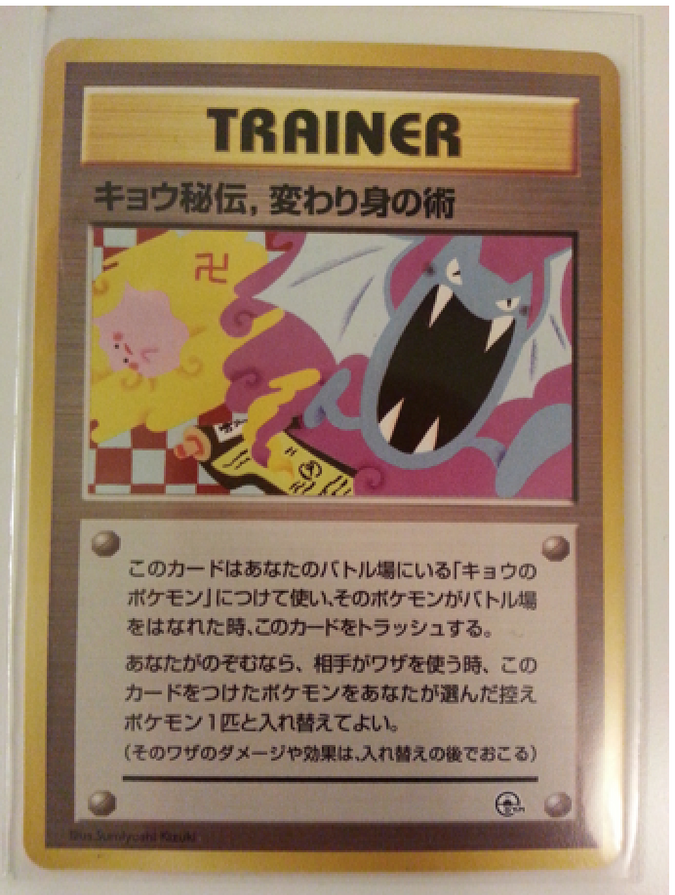 In the late 90s, the Jewish Anti-Defamation League complained to Nintendo about a Pokemon card called Koga’s Ninja Trick, because it has a swastika in it. Nintendo apologized and stopped making the card.

Is Koga’s Ninja Trick anti-Semitic? I don’t think so. The points of the swastika point counter-clockwise. (The Nazi version is the other way.) And there’s very little Nazi-like about Koga. He has dark hair, a red cape, gray skin, and is often depicted making gestures that suggest he’s engaged in kung-fu. Also, swastikas go back more than five thousand years. They were used by Hindus, Buddhists, and Taoists long before there were Nazis. 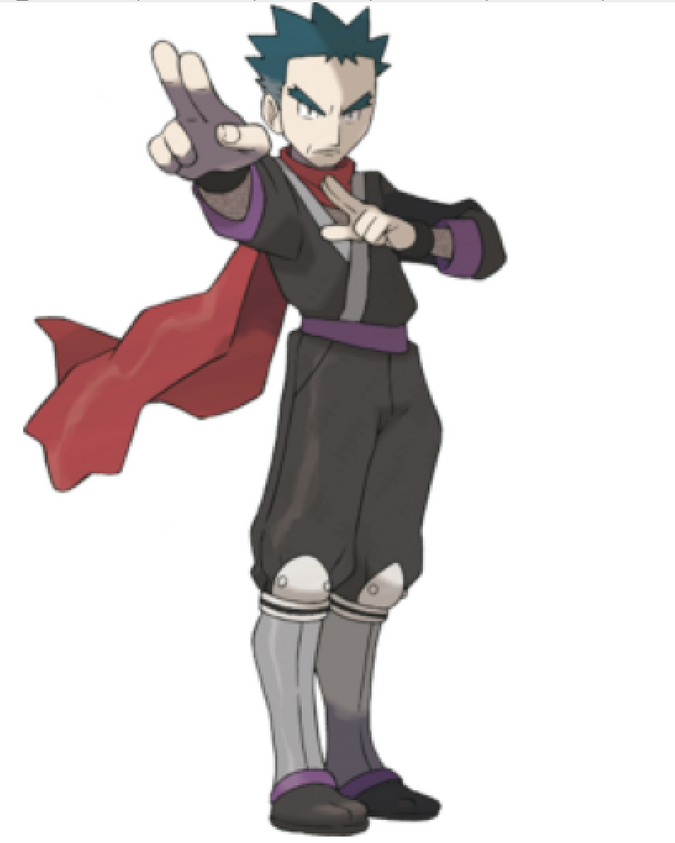 And yet. Pokemon is a combat game, this character poisons his enemies, and he has bats for minions. So I’m not sure I buy the explanation, repeated on fan boards all over the web, that the symbol on the card is “a sign of peace.” Why is a vampire ninja associated with a sign of peace? (And, if you want to take it a step further, why is he wearing lederhosen?)

Koga’s Ninja Trick was only released in Japan, but the cards found their way overseas. Surely, the creatures in the American version of Pokemon Go have been vetted for political correctness. But with a game so abstract, an international community of players, and so much else lost in translation between cultures, the misunderstanding over Koga is bound to be just the beginning.