Hillary Clinton’s Chief Strategist Has a Surprisingly Theatrical Jewish Past 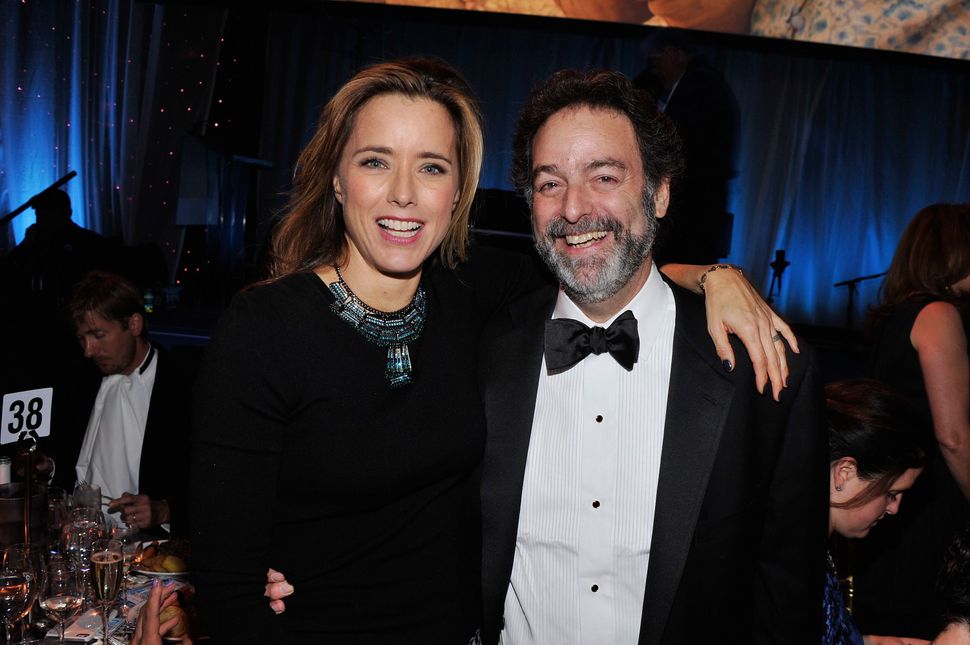 Something theatrical is afoot in the Jewish wing of the Democratic party. In March, we learned that Supreme Court nominee Merrick Garland — in case you’ve missed the breaking news, he’s still waiting for the Senate to acknowledge his existence — had tried his hand at theater reviewing while he was a student at Harvard. “Ok,” we thought, “he’ll bring some character (ha) to the court.” But now it appears a troupe is a-forming; as we recently uncovered — it turns out this news also broke in March, but hey, we were busy — Hillary Clinton’s chief campaign strategist, Joel Benenson, also has a theatrical past.

In a lengthy interview with Glenn Thrush for Politico’s “Off Message,” Benenson confessed to having dabbled, as he exited Queens College, in “a little theater company” — and not just any such company, mind you, but one that “did some avant-garde,” which I would imagine Garland might tell us is exciting.

“it was not improvisational but built off some European masters who were working very much in the physical and vocal arena of really stripping down theater to its basic essence, with the actor at the center of it,” he explained. In the storied avant-garde tradition, there were “no fancy sets, no fancy costumes.”

“There was a play that was actually performed in New York at La Mama and the Cubiculo,” he continued. “It was a one-man show that was pieced together from text that had been written about the Holocaust, and it was called ‘The Selection.’ And it was about one man’s journey into the camps.”

In La Mama’s archives, Benenson is indeed listed as the director and co-writer of “The Selection,” which he created with the show’s star, Harvey Lieberman. “‘The Selection,’” wrote New York Times reviewer Don McDonagh, “combines movement, declamation and chanting in a manageable artistic whole.” There are a number of Harvey Liebermans floating around the internet, but this reporter chooses to believe this particular one is the same actor credited with a single film on IMDB: “The Believer,” in which he played the enigmatic role “Man at Yom Kippur.”

A call to Benenson’s assistant revealed the well-regarded pollster is currently swamped — can’t imagine why — but should he find some free time, a certain neglected Supreme Court nominee might be looking for a project and open to a collaboration. And in this most circus-like of electoral cycles, news that weird would fit right in.

Hillary Clinton’s Chief Strategist Has a Surprisingly Theatrical Jewish Past