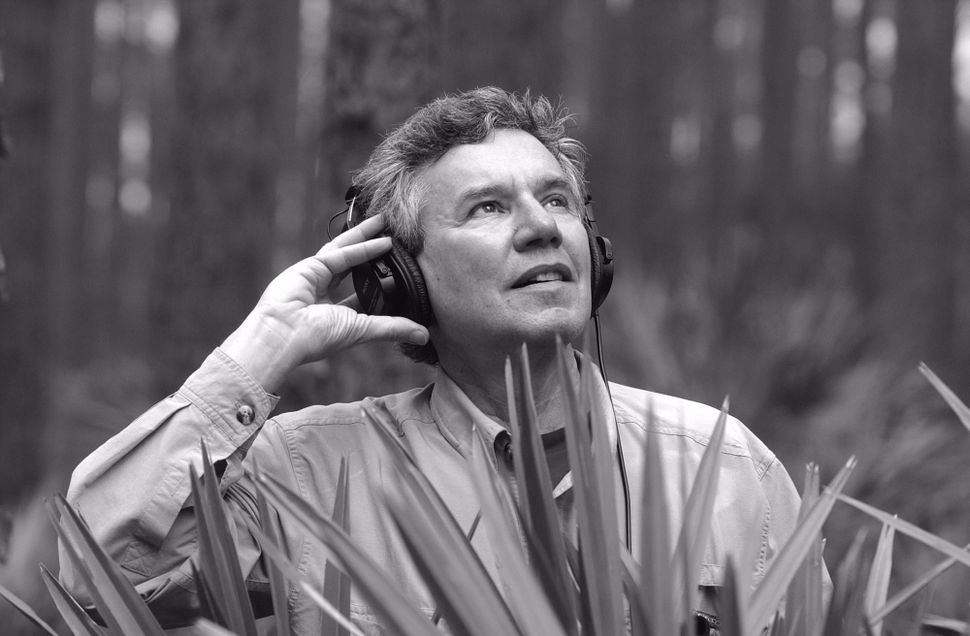 Born in Detroit in 1938, for the past quarter-century Bernie Krause has traveled the world, capturing natural sounds of creatures and environments large and small. Since briefly replacing Pete Seeger in the folk-singing group “The Weavers” in 1963, Krause has gone on to contribute synthesizer performances to many feature films, including “Apocalypse Now.” His company, Wild Sanctuary, has produced dozens of previously released environmental recording CDs and created environmental sound sculptures for museums and other public spaces. In July, an exhibit opened in Paris inspired by Krause’s “The Great Animal Orchestra.” (2012) A revised paperback edition of his “Wild Soundscapes” was issued by Yale University Press, and a new study on environmental sound artists, from Oxford University Press, prominently features his work. From his home in Glen Ellen, California, Krause recently spoke to the Forward’s Benjamin Ivry about his relationship to Judaism and nature.

Benjamin Ivry: In 2003, you wrote an article suggesting that the “Jewish community may be one of the least-involved and committed religious affinity groups related to matters of environment…. Speaking as a Jew, I can tell you we’ve got a spotty if negligible history as caretakers of the environment.”

Bernie Krause: I’m not religious in any way, but my impression is that if I were to speak about the Jewish community I was familiar with ,I’d I find it very conservative. Conservative politically, for the most part living in a bubble. There are always pockets of efforts being made. I’m not suggesting that this is endemic of the whole community. I don’t have much connection with the younger community, so my observation is mostly about people my own age, around 80 years old.

You’ve cited as a rare exception David Abram’s work of ecological philosophy, “The Spell of the Sensuous.” Shouldn’t David Rothenberg’s books about noises made by birds and insects also be mentioned?

David [Rothenberg] has a certain way of describing things in the natural world, and it was David Rothenberg who got me started on this path. We’re probably not on the same page about most things. He challenged me once on the idea about animals being involved in teaching us to dance and sing. 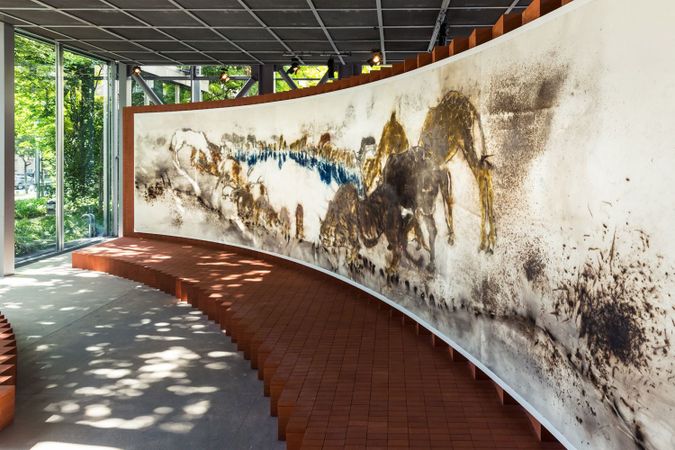 You observe that the Bible instructs humans to dominate the earth and that leveling the cedar forests of Lebanon to build Solomon’s temples was the “first clear-cut in literature… [it] provided a legacy and model for Charles Hurwitz of Maxxam Pacific Lumber, coaching him and his group to clear-cut the remaining old-growth redwoods of Northern California.” Were you holding Jews to a higher standard than anyone else? The Koch brothers, who profit from fracking, are Roman Catholic.

I’m not arguing that point. Remember that I am now 77 years old, so I can tend to be a cranky old bastard. The community I grew up in engendered the myth that the Jews were somehow superior in some way. Don’t forget that we were coming out of the Holocaust, so you have to take things in context.

When you were growing up in Detroit, you played guitar and heard visiting jazz celebrities, including the American Jewish jazz guitarist Barney Kessel. Was he a role model?

I was emulating [Kessel] from the mid-’50s, from when I first heard his recordings. I liked the sound of his instrument, the voices, the musicality, something about his playing that was so engaging to me and that I strived to do in my own playing.

In 1963 you replaced Pete Seeger in The Weavers, and debuted at Carnegie Hall.. With the contralto Ronnie Gilbert and Fred Hellerman, The Weavers became a three-quarters Jewish ensemble. Was this mere coincidence? Among their first hits had been an adaptation of an Israeli folksong “Tzena, Tzena, Tzena.”

Well, remember that before I was involved, Pete Seeger and Lee Hays made it 50/50[Jewish]. Later also, it was fifty-fifty. The kinds of material we were doing at the time reached all over the place, including gospel, and Jewish songs weren’t a specific part of the repertoire for the brief time I was in it.

In a 1972 Rolling Stone profile,, the journalist Ben Fong-Torres refers to you as a “white, Jewish mooger,” to which you replied: “I’m not religious in any way — I just don’t know how to explain it. It’s more a pantheist earth-consciousness.” Since the Moog was by definition synthetic, who can be called an authentic performer based on family background?

[Fong-Torres] was trying to be cool. Maybe he had too much acid that night. Rolling Stone, as you know, is not known for its accuracy.

You worked for a while analyzing surveillance tapes for law enforcement agencies. Did deciphering such sounds by suspected criminals make you resolved to concentrate on animals?

Yes. I also worked on the Jonestown tapes that Jim Jones had recorded during the last hour of the population in Jonestown. That was enough for me. I began working in forensic tapes in 1973 with the Watergate tapes, using the Moog filter to make clearer some of the dialogues going on among parties in Nixon’s office. My dad was a Nixon supporter till I read him some of the material I was working with.

Yes and no. Certainly the reason that you’re correct about its closeness to the natural world is that [in free jazz,] the performance never repeats in the same way twice. The natural world never repeats in the same way twice. Richard Blackford’s work is in a more formal structure. The way in which he composed it, the idea was that the natural sound tapes are a source of inspiration, entirely based on whole soundscapes. None of the animals stand out as particular soloists. He made a contemporary musical setting to perform live natural soundscapes with a symphony orchestra. I know of no other composer with the intellectual and musical capacity to do that.

Since your CDs are necessarily edited, how much are the resulting CDs your interpretation of reality rather than actual experience of standing in nature for a given time?

First of all, it’s an abstraction. The soundscapes reduced to a CD in any format are an illusion. A soundscape is a narrative of place, which is what I am trying to create as an artist. It’s the language that conveys where we are, whether that place is urban or a wild habitat.

You recalled to Germany’s SZ Magazin that the day after 9/11, you were able to sit in your backyard with your wife and “there was an absolutely stunning, unreal silence.… It was eerie and wonderful at the same time.” Isn’t it devastating that only a national disaster such as 9/11 can lessen man-made din for a while?

Yeah. There was a hopeful component to that, too. If this was a magical moment, why don’t we create more moments when we can do this? A National Day of Silence would be one way, a moment of reverence and wonder. Obviously our lives are so heavily commodified that the monetary value applied to it probably means it’s not gonna happen.