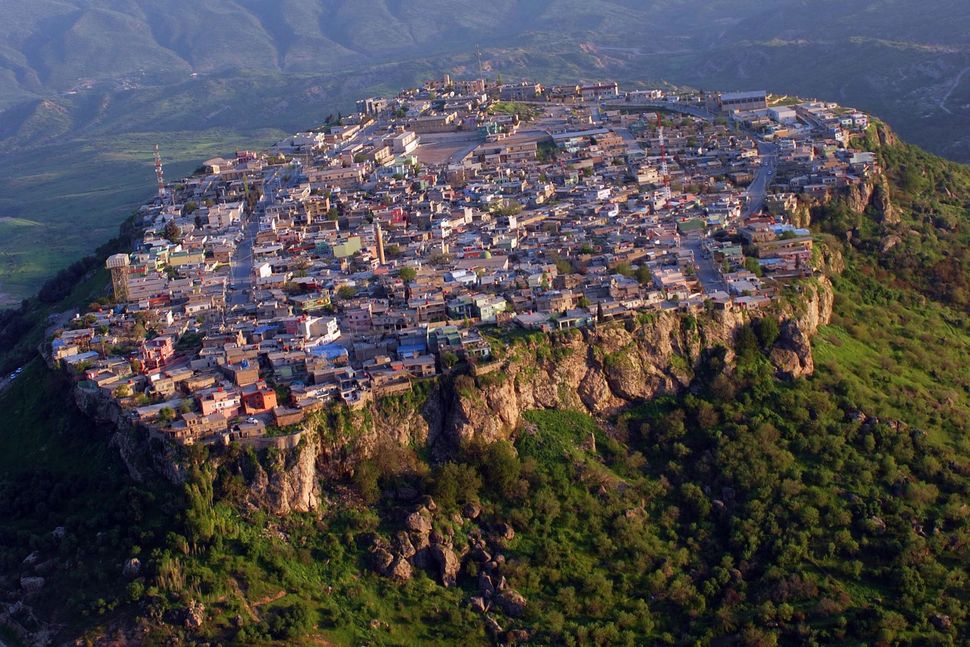 Ever since Jesus came along in the first century of the common era, claiming to be the son of God and the messiah, there have been a lot of copycats. Messiah claimants have arisen in Judaism, Christianity and Islam, and have come from every corner of the world touched by the Abrahamic faiths. Sabbatai Zevi was arguably the most impactful instance of a failed messiah in the Jewish world since the 2nd century. But we’ve compiled a list of six other failed messiahs from Jewish history, from both the distant past — and the 90s. 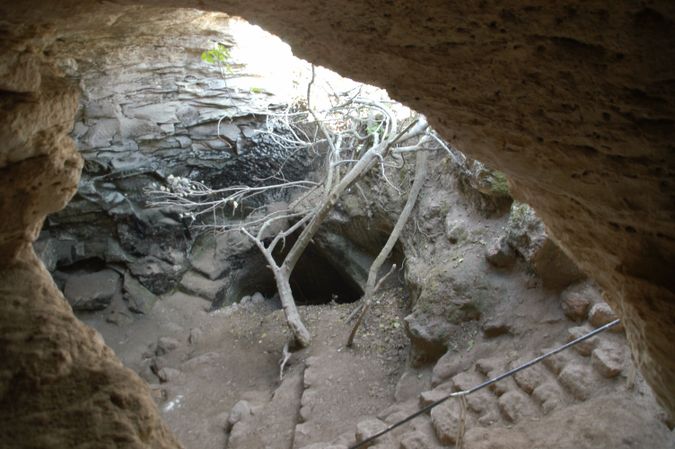 The excavated caves of Beitar, where Bar Kokhba and his followers briefly withstood a Roman siege. Image by Wikipedia

This is the granddaddy of all failed messiah stories. In 132 CE — 62 years after a previous failed Jewish revolt against the Romans — a man called Simon Bar Kokhba tried again to bring down the Roman occupation of Palestine. Blessed and crowned by the rabbinic sage Rabbi Akiva, Bar Kokhba (“Son of the Star,” in Aramaic) was a legendary figure, a man who could crush a rock with his foot and who led the Jews out from under the heels of the Roman army. For two and a half years, following a successful guerilla insurgency, Bar Kokhba ruled over an independent Jewish nation in the land of Palestine. His statelet even issued its own bronze and silver coins. 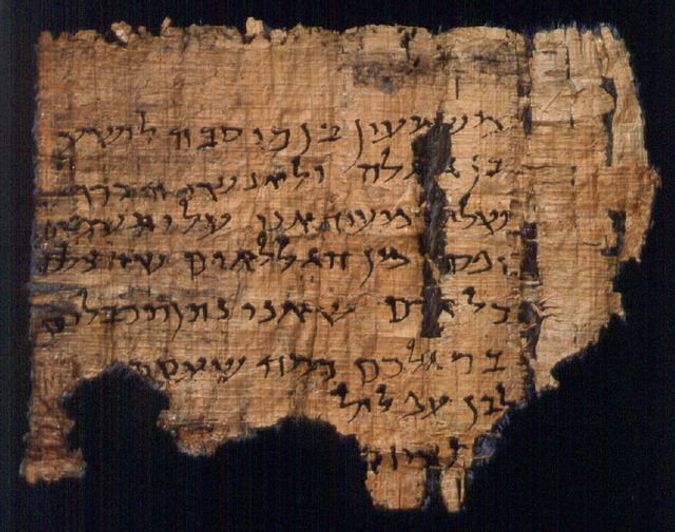 A scrap of parchment with a note written by Bar Kokhba. The archaeologist Yigael Yadin discovered this note along with the Dead Sea Scrolls. Image by Jewish Currents

But the Romans didn’t just fall back and stay put. Pulling soldiers and generals from as far away as the British Isles. they returned to Palestine with one third of the entire Roman army—an estimated 120,000 men. For awhile, Bar Kokhba and his followers were able to hold out under siege in a network of caves at Beitar, near Jerusalem. But the rebellion was ultimately crushed. The Talmud writes that the Romans killed so many Jews in the Battle of Beitar that the blood seeped into the nostrils of their horses and flowed forty miles to the sea.

The Bar Kokhba revolt put a lid on further messianic claims for about 300 years, until the arrival of a man named Moses on the Greek island of Crete in the middle of the fifth century. He promised the people of Crete that he was the real deal, and that he would lead the Jews back to the land of Israel. Legend has it that many Jews on the island joined him on the beach, ready to leave behind their businesses and all their worldly possessions. Moses told them to follow him into the water, which he would split, just as his namesake had done for the Jews leaving Egypt. The water failed to split, and many Jews drowned. Moses, however, disappeared, and so was spared the vengeance of Crete’s remaining Jews. 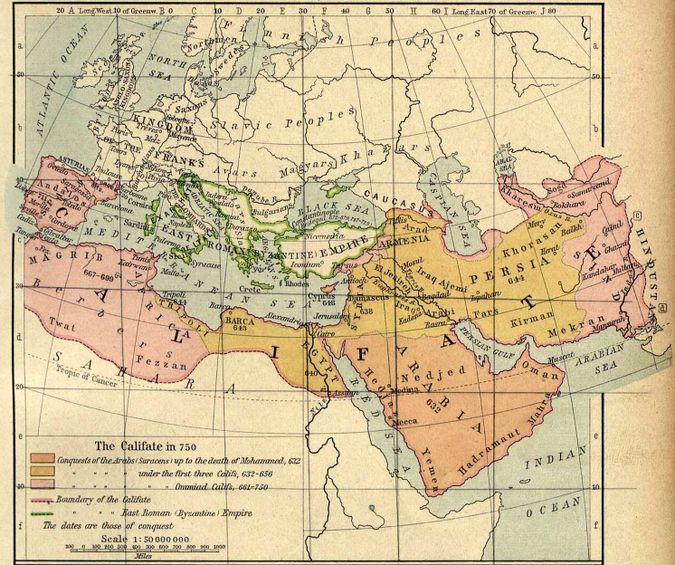 The extent of the Umayyad caliphate in the middle of the eighth century. Image by Wikipedia

A Jewish “messiah” rose up against the anti-Jewish reforms of Omar II, the Muslim caliph in Syria in the early eighth century. Known by many names, this ‘Serene’ amassed Jewish followers in both Syria and Spain by promising to return the Jews the Israel and expel the Mohammedans. Like many other failed messiahs in the Muslim world, Serene challenged rabbinic authority, allowing his followers to eat what they pleased, and to forego wine and mandated resting on holidays. Serene was ultimately captured by the troops of Caliph Yazid II, who forced him to renounce his heresy. Serene duly rejected his self-proclaimed status as the messiah, and was handed back to the Jews for punishment. (Though some sources say that the caliph ordered his execution.)

4. The Shepherd of His Flock (No, Different Shepherd)

In the first half of the eighth century in Iran there arose a self-proclaimed messiah named Yudghan, who was called by his followers Al-Ra’i, Arabic for “the shepherd of the flock of his people.” He was heavily influenced by the rise of Sufism in the Muslim world, and taught that his followers should interpret the Torah as an allegorical and mystical text, not just as a literal story. He advised abstention from meat and wine, as well as regular fasting. The Yudghanites, as they became known, blended the three Abrahamic faiths, recognizing both Jesus and Mohammed as prophets. Yudghan was the last of a brief dynasty of Persian messiah claimants, a movement that was eventually crushed by the Persian army in the early ninth century. 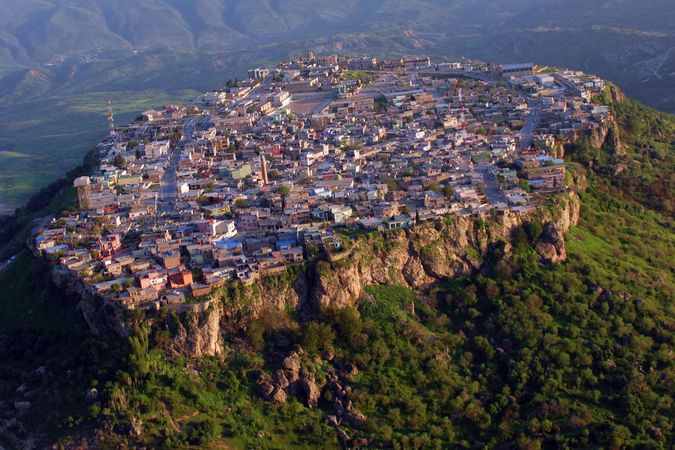 5. The ‘Meet The Parents’ Messiah

In the mid-twelfth century, in Persia, a man named David Alroi revolted against the steep taxes imposed on the Jews by the caliphate. He united Jewish armies from Baghdad, Mosul and Azerbaijan, and together they captured his hometown of Amadia, in the very north of modern-day Iraq. Beyond this lies only legend: Alroi was brought before the Sultan, and, claiming to be the king of the Jews, was arrested. He miraculously escaped his cell, fleeing back to Amadia in one day when it should have taken ten. The Sultan was furious, and threatened to kill all the Jews under his rule. But the governor of Amadia bribed Alroi’s father-in-law, who killed Alroi as he was sleeping. The revolt was over, but a small number of Jews continued to follow Alroi’s teachings for several decades. 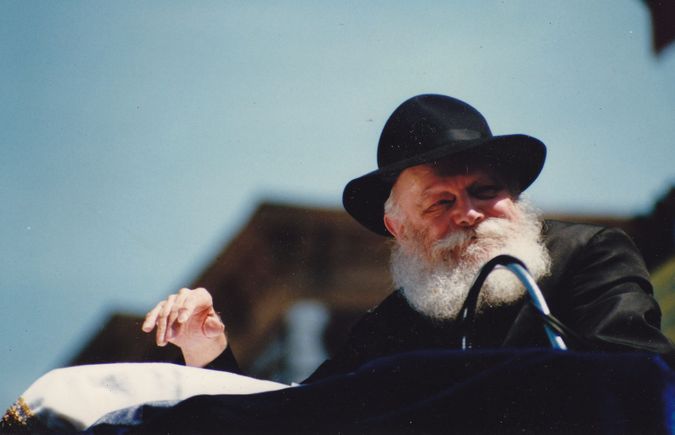 The Lubavitcher Rebbe is the latest Jewish leader to be widely considered a messianic figure, or even the actual messiah. Schneerson, who died in 1994, gave birth to the modern Chabad movement, the largest sect of Hasidic Judaism. He was widely revered for his wisdom and empathy, and he had relationships not only with many major Jewish leaders, but also with elected officials such as Ruth Messinger. (Cory Booker reportedly made a visit to the rebbe’s grave, in Queens, on the eve of his election to the Senate.)

Though Schneerson died in 1994, many Lubavitchers believe that God will soon reveal the rebbe to be the one true Messiah. This is a source of much controversy both with the Chabad world and among Orthodox Jews in general. Religious Jews who do not believe that Schneerson is the messiah often refer to those who do as apikorsim, a Hebrew word meaning ‘heretics’ or ‘nonbelievers.’

Okay, we’re not saying that Jesus failed — but Wikipedia is. (They refer to him as a “claimant”—not exactly a vote of confidence.)