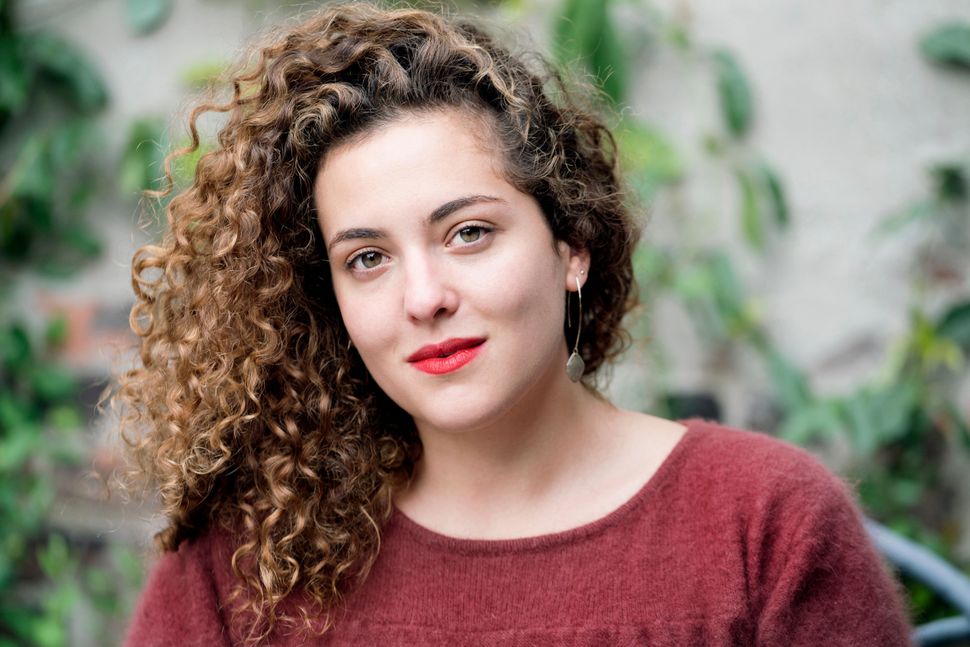 At some point, most people I know who can see have had, and then made fun of, a conversation about whether we perceive colors in the same way. It’s a question that’s easy to dismiss, mostly because it tends to be asked in states of something other than sobriety; but it’s not a subject of universal interest because it’s goofy. It’s fascinating because it isn’t answerable. For sighted people, it’s a conversation that rattles the foundation of reality. If this fundamental element of how humans relate to the world is unknowable and un-sharable, why should we trust any of our experiences? And how can we trust our connections with others in light of that uncertainty?

Nadja Spiegelman’s debut memoir, “I’m Supposed To Protect You From All This,” is an iteration of that conversation. Her subject, instead of color, is memory, explored through the lens of the lives and relationships of herself, her mother and her maternal grandmother. Those relationships are interesting because they’re complex, sometimes even perceived by their participants as cruel, but Spiegelman sees the book as a love letter. It reads as such, an exceptionally beautiful one, composed with a child’s sense for magic, an adult’s desire to make sense of her past — individual and familial — and the rare strain of calm, sustained bravery that allows someone to train a magnifying glass on the fragile infrastructure of her own identity.

Memoir is in Spiegelman’s blood; her father is Art Spiegelman, of “Maus” fame. (“Maus,” a graphic hybrid memoir Art Spiegelman wrote about his parents’ experience in the Holocaust, won the 1992 Pulitzer Prize.) Nadja Spiegelman began appearing in her father’s work as a child, and his legacy is an important part of why she wrote this book. “I’ve always wanted to write,” she said, sipping an iced coffee at a bookstore in SoHo, “but I felt like anything that I wrote would be compared to a Pulitzer Prize-winning book about the Holocaust. It was difficult to find something that would allow me to have my name. This project provided a way to confront the shadow of his work and do it in my own way, and allow the comparisons to be made but to be made on my terms.”

Spiegelman, 29, and a former staffer for this publication, has a leonine mass of gold-brown curls and a soft, perceptive gaze. She is the first person I can remember meeting whose laughter could be properly described as silvery. She is also the only person I’ve met who talks just as quickly as I do; at points, transcribing our interview, it was almost impossible to parse the eager flutterings of our voices. Her voice has an unusual tone; it would be inaccurate to call it innocent, although it’s close to that, almost lilting.

Even with a memoir, it’s risky to conflate books’ author too much with the traces of themselves they leave in print. Spiegelman might be the rare case who, having considered herself frankly, carefully and painfully, succeeds in conveying what she knows of herself accurately in print. She opens the book with a striking sentence: “When I was a child, I knew that my mother was a fairy.” Her writing is truthful, but composed with an eye for the mystery and loveliness of the truth’s blurry edges. Throughout her memoir, she comes across as having some of the same semi-ethereal wisdom and grace that she, as a child, saw in her mother. I saw those qualities in her as we spoke. She feels like someone who genuinely sees and experiences truth as beauty, despite its pain.

Her mother is Françoise Mouly, the longtime art director of The New Yorker. Spiegelman’s desire to write a memoir might have been rooted in a desire to acknowledge her father’s accomplishments and separate her own work from his, but Mouly is the project’s heart.

Spiegelman started wanting to write about her mother just after graduating from college. Feeling lost and a bit hopeless, she found her mother’s blind reassurance — her words — to be not exactly comforting. To her, it seemed like Mouly had always known what she wanted to do, and hadn’t ever dealt with the kind of overwhelming confusion Spiegelman was experiencing.

“[She] began to tell me about a moment when she was 13 and had felt incredibly lost about her life, incredibly lost about what she’d want to do, and for me that was so fascinating,” Spiegelman said. “I just wanted to become like my mother. I admire her so much, and yet I couldn’t find a road map that would lead me to her, because she seemed so powerful and so invincible in so many ways.” Spiegelman began to wonder if learning about her mother’s path to understanding herself might also help her find her way.

She started interviewing her mother, recording their conversations on her phone. As she learned about Mouly’s childhood and adolescence, the recurring pain and confusion her mother recounted surrounding her relationship with her own mother stood out to Spiegelman. Her grandmother, Josée Mouly, lived in Paris on a houseboat she’d refurbished. (Josée Mouly had been many things throughout her life, including something between an interior designer and an architect.) To her young granddaughter, she had always cut an imposing figure.

“My grandmother was beautiful long after she was beautiful. She carried and dressed herself in a way that left no question,” Spiegelman writes in her memoir, introducing Josée Mouly. “She had blue eyeliner tattooed around her eyes. She never asked me about myself.” When they left Josée Mouly’s houseboat after childhood visits, Mouly would grow rapturous over having escaped her mother’s orbit.

As Spiegelman learned more about Mouly’s memories of a contentious relationship with her mother, she saw some reflection of her own experience. She remembers her adolescence as riddled with intense conflict with Mouly, centered on her weight and sexuality (Spiegelman identifies as gay). Over their conversations, she realized Mouly remembered that time much differently. It became clear to Spiegelman that in order to write well about her mother and their relationship, she had to know how her grandmother had experienced it. So she moved to Paris, started making regular visits to Josée Mouly’s houseboat, and started interviewing her.

“I wanted the book to be this clear through-line of mothers and daughters and mothers as daughters,” she said. And it is, but it’s more: a thoughtful history of herself, her mother and her grandmother, but also a carefully wrought, emotionally disorienting exploration of the faults of memory. The women remember the same events as occurring with wild differences; in one sequence too stunning and surreal to spoil, concerning Françoise Mouly’s youthful attempt to make a lemon pie, the difference between her memories and those of her mother seems like it sprang straight from the mind of Gabriel Garcia Márquez. More insidiously, Spiegelman notes the ways in which their memories of everyday, passing things differ: who sang what song to their mother, the symptoms of an illness. By the time she’s done it’s become hard, as a reader, to trust any element of your story or your past.

It seems like taking a dive that deep into the loopholes of consciousness might be enough to drive someone insane. For Spiegelman, though, writing the book made her understand that the malleability of memory might seem like a fault, but can also be an opportunity.

“Before writing this book I felt like I constantly needed to defend the frontiers and the territory of my own past, within my family and within my relationship with my mother,” she said. “Every time we talked, if we did touch on those years, I felt like I would disappear if I didn’t find a way to convince her that I had these memories. Now that I’ve gotten it down on paper, it actually doesn’t make my version feel more real than hers, it makes it so that I feel confident enough that my version exists, that I can actually listen to her version of things.

“I think what I learned while writing it is that none of us are storybook creatures but everybody’s a creature with a story. That is, for me, the ability to have my mom not be a fairy and yet be more than that, and be even more powerful.”