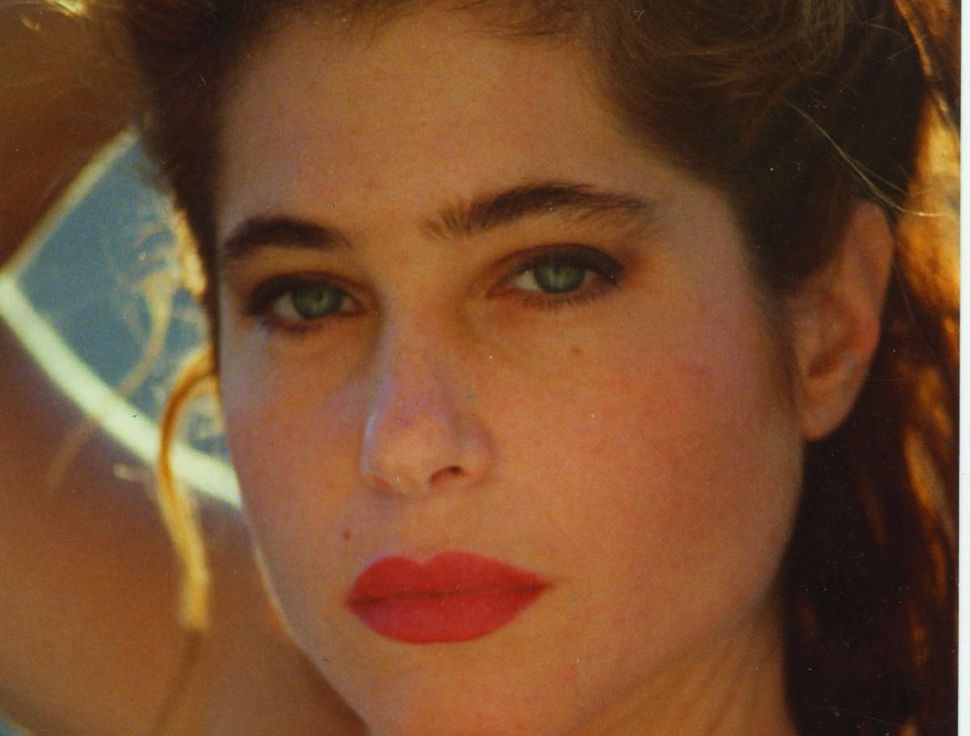 Brix Smith-Start Image by Courtesy of Faber and Faber

She’s lived so many lives that it’s hard to believe Brix Smith-Start is only 53.

A teen rebel who idolized British punk, she lived a dream by marrying British musician Mark E. Smith, founder of the hugely influential band The Fall and became his band’s unlikely lead guitarist at 20. After the couple’s disastrous split, she quit the rocker lifestyle, waitressed in Los Angeles, romped with violinist Nigel Kennedy and poet Murray Lachlan-Young, and finally settled down with retail titan Philip Start in London. TV celebrity followed.

But Smith-Start’s origins — as she reveals in her new autobiography, “The Rise, the Fall, and the Rise“ (Faber & Faber) — might surprise even hardcore fans of The Fall, which is still kicking after 35 years.

She was born Laura Elisse Salenger to a moneyed L.A. family whose Yiddish-speaking patriarch had emigrated from Russia via Ellis Island. Through wealth built on murky real-estate deals and — unbelievably — the invention of the automated car wash, he and his wife became fixtures on L.A.’s A-list social scene.

Some of the book’s most evocative passages recall Sundays at L.A.’s Friars Club, where Hollywood’s Jewish elite would gorge from seemingly endless platters of food — “French toast, pancakes, waffles, bacon, sausages, omelettes and an odd collection of Jewish delicacies like noodle kugel, knish and matzo-ball soup,” she recalled. In one laugh-out-loud passage, Smith-Start recalled meeting Milton Berle at an adjacent table: “When we walked away, I heard my grandfather mutter snidely under his breath, ‘His face is so tight it looks more like his tuchis.’”

Though it wasn’t her intention, “The Rise, the Fall, and the Rise” also offers a kind of secret Jewish history of The Fall, whose abrasive tunes might include cryptic non sequiturs like “Jew on a motorbike!” or they might imagine the Israeli capture of Nazi Martin Bormann.

The Forward spoke with Smith-Start from her home in Shoreditch, in London.

The Forward: You mention in the book how many stories you’re telling for the first time. Is “The Rise, the Fall, and the Rise” also your coming-out as Jewish?

Your grandparents, Oscar and Ethel Salenger, emerge as huge figures in your life. What memories do you carry from your childhood with them around?

It’s the whole notion of family. And generations coming together. My grandparents and my parents were great storytellers. I loved my grandfather’s stories about leaving Russia, coming to America, to Ellis Island, impoverished. He was a real Jewish American success story. We learned so much about history, and the history of Jewish people. There was a real sense of where we came from. And when they didn’t want us to understand something, my grandparents would speak Yiddish.

Traditional family holidays like Passover were also major events. I even loved Yom Kippur. And Hanukkah was great – I got presents every day.

Is there anything about your grandparents you haven’t told anyone, or left out of the book?

My grandparents were very open-minded and liberal. I didn’t put this in the book, but Martin Luther King Jr. came to dinner at their house once. They were champions of civil rights. And they were generous. My grandfather gave a lot of money to the Technion, in Israel. We had a lot of Jewish relatives in Russia that they brought over and sponsored.

When you married Smith and joined The Fall, were band members suspicious?

Everyone was suspicious. I was the blond American girlfriend. They thought it was nepotism. But once we started releasing albums with songs I had written, journalists and fans started realizing I was a writer and that I was bringing something to the table. I wasn’t just a blond pretty girl holding a guitar. People are now talking about the Brix period as the most commercially successful and fertile, how it brought in so many people, how I can write a riff and a hook.

At the same time, I think it took years before The Fall was appreciated for the unique and inspirational thing they brought to music. They were unlike anything else, almost uncategorizable. And they were Influential to so many bands. They never really got the recognition they deserved, but it’s beginning to come.

In a BBC interview this year, your ex-husband, Smith, made controversial remarks about Syrian refugees in Manchester. Did he ever say anything about Jews when you two were together?

A: Actually, Mark loved Jewish women. He thought they were really sexy. He loved Jewish people. Our neighborhood, Prestwich, was and is a Jewish neighborhood. He was really tolerant of lots of things.

But I have no idea nor do I care what he’s saying now. I don’t want those thoughts invading my body.

What memories do you have of Prestwich’s Jewish character?

There was a kosher deli, where I used to go periodically for my fix of Jewish food. I remember once when my grandparents came from America to visit me and Mark, I took them to this deli. My grandmother literally freaked out, because she found certain types of food she had not seen since childhood! I remember her becoming ecstatic about deep-fried gefilte fish!

Your eating disorders and multifaceted diets play a big role in the book. At the time you wrote it, you were on an alkaline vegetarian diet. Don’t you ever miss a good pastrami on rye?

Ha – I’m not on that diet anymore. I tried it for a long time. Because I had so many eating disorders, I always try different things. I’m now on intermittent fasting. But I love pastrami and rye. I love a great deli. When I first came to England, that’s what I missed most.

So who is the “Jew on a motorbike!” in The Fall’s “Garden”? We’ve seen reams of speculation on fan sites, where some people assume it’s a Jesus reference.

The Jew on a motorbike is a gentleman by the name of Sol Seaburg. Sol was the singer in a band called FC Domestos but was also our part-time van driver. When not driving the van, he rode a motorbike.

Does Judaism play any role in your life now?

It’s part of who I am. I’m very open spiritually to lots of different things. I accept, and feel, there’s a place for every religion. Whatever works for people is okay by me. I am a Jew. My blood is Jewish. If anyone asks, that’s what I am.