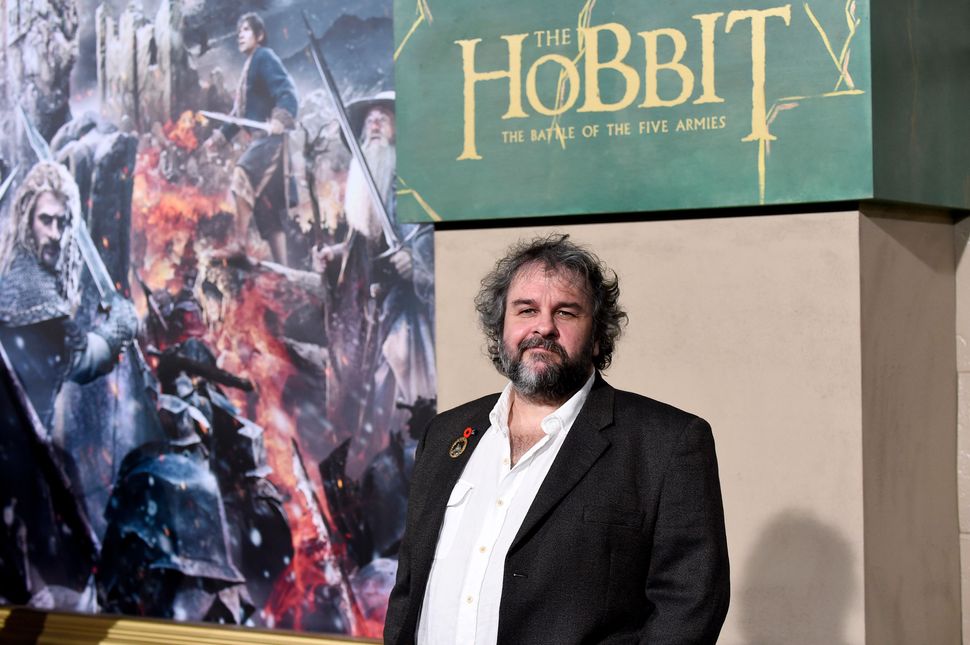 Director Peter Jackson at the Hollywood premier of “The Hobbit: The Battle of the Five Armies.” Image by Frazer Harrison/Getty Images

When I first read J.R.R. Tolkien’s “Lord of the Rings” at nine years old, I was positively desperate to move to Middle Earth. According to an essay published by writer Rabbi Meir Soloveichik in “Commentary” this August, I would have fit right in.

Soloveichik’s essay “The Secret Jews of the Hobbit” detailed the inspiration Tolkien took from the Jewish people for the dwarves in “The Hobbit” and “The Lord of the Rings” trilogy. “We have, then, a bunch of short, bearded beings exiled from their homeland, who have dreamed forever of returning,” Soloveichik wrote. “They are linked to a place they lost long ago, dwell in other realms throughout the earth, and yet are so profoundly connected to their own kingdom that it remains vivid to them while for others it is a fading memory.”

That’s not just Soloveichik’s interpretation; Tolkien himself, it turns out, publicly said the Jews inspired Middle Earth’s dwarves. Soloveichik quoted a BBC interview in which Tolkien, a linguist, explained he based the dwarves’ language on Semitic language, as well as a letter the author sent his daughter in which he wrote “I do think of the ‘Dwarves’ like Jews: at once native and alien in their habitations, speaking the languages of the country, but with an accent due to their own private tongue.”

Touchingly, Soloveichik also drew a parallel between the fan-favorite friendship, in “The Lord of the Rings,” between the dwarf Gimli and the elf Legolas, and Tolkien’s own World War II-era friendship with the Jewish historian Cecil Roth. At Oxford, the two were paired to serve on air-raid duty, alerting the town if a bombing was imminent. Soloveichik quotes Tolkien as writing admirably of Roth, and especially of Roth’s respect for his own Christianity, and posits the experience inspired the cross-cultural closeness of Gimli and Legolas.

It’s true that the Hobbit occasionally describes the dwarves in ways Jews would be unlikely to welcome – as Soloveichik points out, Tolkien’s description in “The Hobbit” of dwarves as “not heroes, but calculating folk with a great idea of the value of money; some are tricky and treacherous and pretty bad lots,” is uncomfortably resonant with anti-Semitic tropes – but Tolkien himself was a defender of the Jews. In the lead-up to World War II, Soloveichik recounts, Tolkien was approached about the possibility of a German translation of “The Hobbit,” during the negotiations over which he was asked if he was Aryan.

“[If] I am to understand that you are enquiring whether I am of Jewish origin, I can only reply that I regret that I appear to have no ancestors of that gifted people,” he wrote. He had always been, he wrote, proud of his own German heritage, but “if impertinent irrelevant inquiries of this sort are to become the rule in matters of literature, then the time is not far distant when a German name will no longer be a source of pride.”

Bottom line: hold on, Legolas, I’m on my way.