3 Threats to a Healthy Climate of Criticism 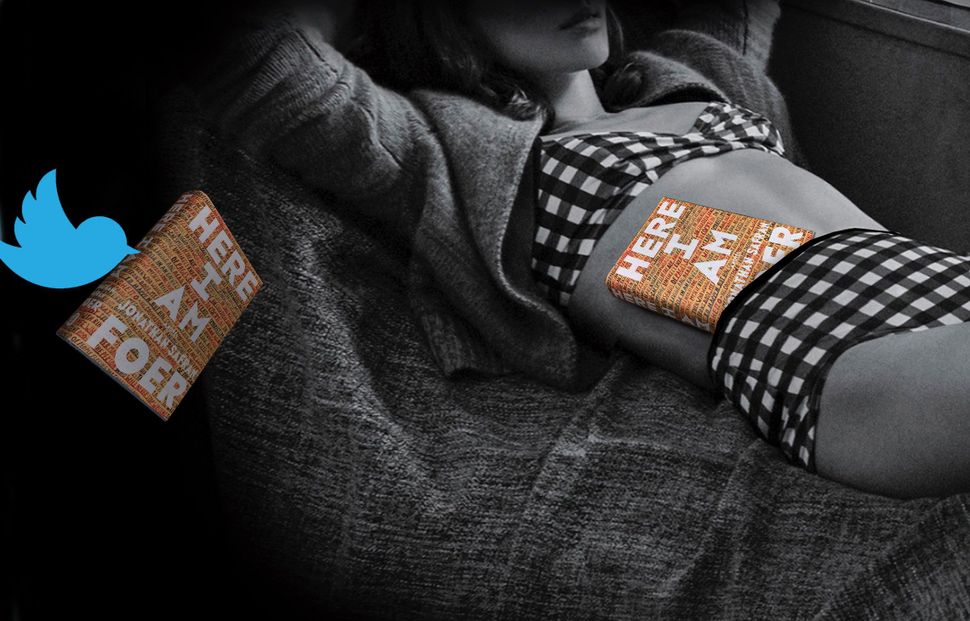 The release of the first new Jonathan Safran Foer novel for over a decade highlights how book reviewing has changed since “Extremely Loud and Incredibly Close” appeared in 2005. In those days Facebook had barely launched, Google still did no evil and Apple wasn’t avoiding taxes on iPhones — since that device was yet to launch.

To authors in 2005, what mattered was word of mouth, getting books at the front of the store and good reviews in the right places. What matters now is social media buzz and Amazon algorithms.

A book release, if even noted, is forgotten almost immediately. Unlike films, from which trailers can be auto-played ad infinitum, books — especially serious, or literary, books about non-urgent issues — are given short shrift. The pace of change is rapid and is in a flux that has left publishers floundering, but at the moment there are currently two main strategies. The first is to make it in everyone’s interest to publicize the book like those mutual pat-on-back radio interviews to launch new albums (“I love your show.” “I love your new album!”) or like the meaningless platitudes (or meaningless name-calling) of Amazon reviews. The second is to find some news hook, or some gimmick to put the book into the public eye.

Foer’s unfortunate sally onto the pages of The New York Times magazine showed both of those strategies at once. Natalie Portman, The New York Times and Foer himself all stood to gain from the piece, and it seemed likely that Portman standing around scantily clad should draw attention. And it did. But mostly to ridicule the tone of the writing and the (ironic post-ironic?) glamor photos of Portman.

Because Foer is “our” writer, many of my friends and colleagues have reviewed the book — including Talya Zax and Yevgeniya Traps for the Forward and my own for the LA Review of Books. But doing so has thrown into relief the problems of writing substantive and critical book reviews in the Internet age.

There are three main challenges.

First, how do we avoid back-patting or gimmickry. There are fewer spaces for significant reviews. Independent sites for substantive reviews — i.e. not just reprints of effectively free syndicated or wire reviews — are polarising between the mega sites whose brands include a cultural component (Guardian, Times, WaPo) and the niche sites like BookForum or The New York Review of Books. How many city papers have scrapped their book review sections since “Extremely Loud and Incredibly Close”? For mid-size and small publishers, it’s too tempting to give authors who fully deserve serious reviews from a particular subject constituency — like Foer from the Jewish community — the sort of glancing tabloid puff or take-down pieces that can generate clickable headlines. Which of these would you click on?
“How JSF’s new novel made me cry with frustration.” or
“There are some nuanced problems of structure in JSF’s new novel.”

And which one of these do you think that a best-selling author with a million Twitter followers is more likely to tweet out to the delight of your advertisers, owners and readership statistics?
“Another novelistic triumph for the lovely JSF.” or
“There are some nuanced problems of structure in JSF’s new novel.”

Second: a little acquaintance is a dangerous thing. Everyone knows everyone — a bit. That means all serious writers are swimming in the same pool, but not close enough, possibly, to actually be acquainted and have some trust. A novelist friend of mine in Britain who used to write book reviews told me that he never wrote them under his own name because he’d heard so many stories of grudges being acted out because of perceived (not even real) slights in reviews. What’s true in Britain is true of the American Jewish community and, I’m sure (to pick groups I don’t know at random) of the American Korean community and of the Richmond, Virginia, writing community (I hope I am wrong, I hope those are enclaves of mutual support and trust).

So it’s not just an actual grievance that matter, it’s perceived criticism and side-taking. The problem of writing within a small community is that people take sides and JSF has two eloquent brothers who might take his side. Even if you have no beef with memory king of the obscure, Joshua Foer, or former New Republic editor, general soccer expert and occasional Slate columnist Franklin Foer, they might object to a critical review of their brother. They might not, they are reasonable, critical men, I’m just using them as examples of how easy it could be to get offensive or defensive.

And in this, social media exacerbates the problem. I happen to have met all three Foer brothers and admire their work. I often disagree with Franklin’s political opinions and have serious critical reservations about JSF’s fiction but I’m delighted the world includes their writing. In general, that kind of context gets lost in social media sound bites and poison cherry-picking. Again Jonathan provides a particularly clear example. For an elegantly funny writer about the absurdity of other people, he has a surprisingly tin ear for his own absurd self-involvement. That’s less true of his books and of his involvement in the FoodForward movement and more true when he puts together a startlingly inappropriate piece with Portman in The New York Times or decides that Chipotle consumers deserve to read his short stories on their wrappers.

Finally, in the English-speaking world, where humanities education is increasingly embattled, and where questions of “why?” are replaced with “how much?” the potentially massive reading audience is simply ill-equipped to deal with the basic structural questions that a serious critic might ask. A substantive review answers neither, “did I like that book?” nor “what is my history with this author?” That’s just gossip. Rather it asks “what does the author aim to do?” “Why?” “How do we know?” And “in what manner does s/he achieve or fail to achieve it?”

So the serious critical review of fiction — the bellwether of our cultural situation and the venue without parallel for serious consideration of the personal, social and political — has been marginalized. We simply pay too little attention to structures and systems in general and the language we use to address those systems in particular. “War is what happens when language fails” says Margaret Atwood in “The Robber Bride.” As we fail to address the language we used drift towards viewing literary criticism as disposable not aspirational, we can look forward to the systems it critiques drifting us towards global warming and, yes, war.

3 Threats to a Healthy Climate of Criticism