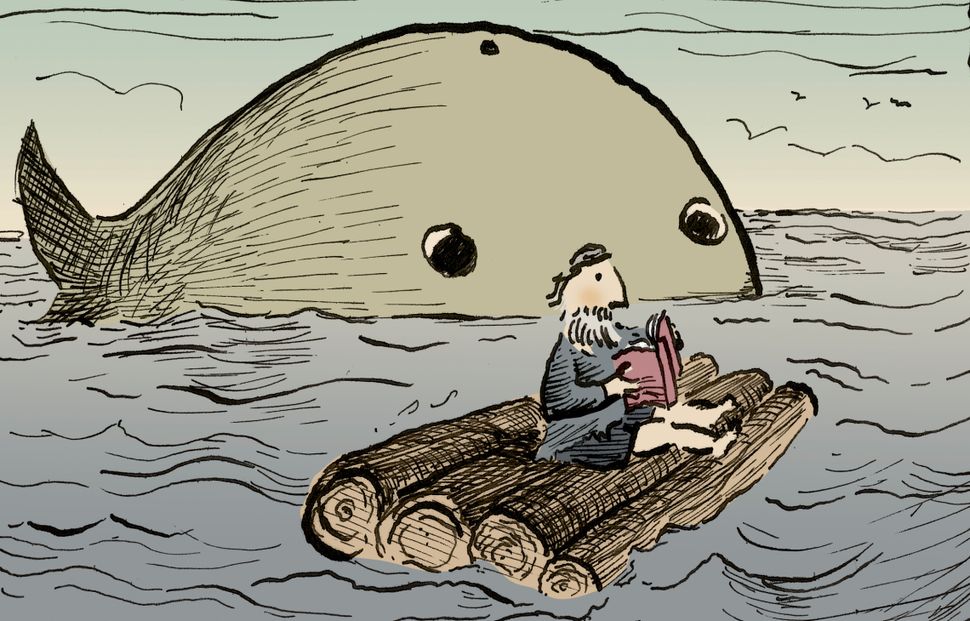 For centuries, Jews dreamed of elaborate sea voyages. After the destruction of the Second Temple, in 70 C.E., and the ensuing exile, wandering became the norm, as did trade involving long distances. Pilgrimages to Israel — both real and imagined on the page — continued for 2,000 years, and many travelers were eventually buried in Jerusalem, at the Mount of Olives. But travelers were not the only ones transformed by their long sea journeys, according to a new book, “Travels in Translation: Sea Tales at the Source of Jewish Fiction” by Ken Frieden, a professor of Judaic studies at Syracuse University who is also a Hebrew and Yiddish translator. Jewish languages were widened by all the seafaring, as writers and translators struggled to come up with Hebrew phrases to describe storms and shipwreck. 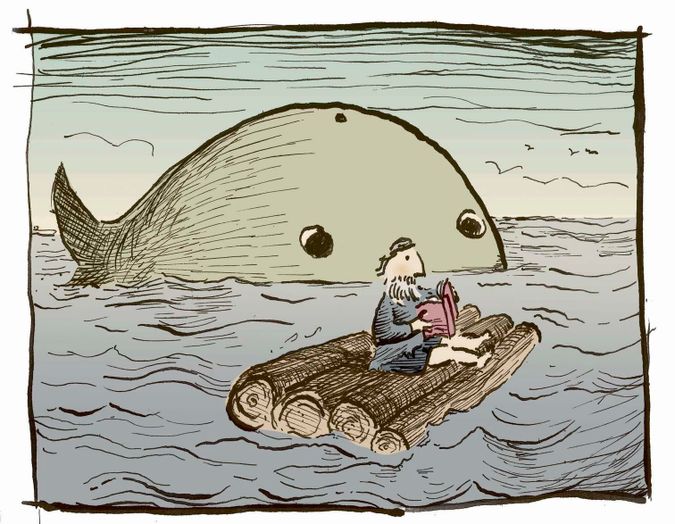 Translators often turned to Jonah 1:4-5 and 1:12, home of the famous storm-at-sea scene, as well as Psalms 24 and 107, which also feature the world’s seas. But one of this new book’s most charming sections is where Frieden shows how a 19th century translator described Columbus’s famous voyage by borrowing language from the book of Job. Here is Columbus with a bit of Bible:

Columbus took his flesh in his teeth, bit his lip, overcame his pains, [based on Job 13:14] and turned back to Cuba, seeing that the waters of the sea were raging, and they lifted up the waves [alluding to Psalms 207:25] and the boats were on the verge of breaking up [Jonah 1:4]

That passage represents three languages in conversation. It is Frieden’s annotated English translation of Mordechai Aaron Günzburg’s 1823 Hebrew translation of “The Discovery of America,” a German book by Joachim Heinrich Campe that was extremely popular with Jewish readers. And it wasn’t the only travel book in demand; Frieden shows that the Jewish appetite for sea stories was huge. There were at least seven Hebrew and Yiddish versions of “Robinson Crusoe” published in the 19th century. This may be surprising to the nonscholarly reader, who may have an image of the European Jew as someone more comfortable in a library than in a ship. But nerdy and sea-obsessed were not mutually exclusive. “In spite of their tendency to be bookish and estranged from nature, traditionally educated Ashkenazic men were often attracted and captivated by sea travel,” Frieden explains in the preface.

He offers glimpses into people like Naphtali Herz Wessely, a leader of the Berlin Jewish enlightenment, who “argued vehemently that Jews should learn history, geography, ethnography, mathematics and other secular subjects.” Wessely even recommended reading travel books — in 1792.

The timing is important. The end of the 18th century and the beginning of the 19th century were crucial in the long history of traveling Jews. For centuries, Jewish travelogues were written primarily in Hebrew — such as the classic by Benjamin of Tudela, dating from about 1173. The main destination of Jewish travel accounts was, for centuries, the Land of Israel. But around 1800, Frieden argues, translation became a major factor in sea tales, dramatically widening the possibilities — from Israel to the entire world. And these translations, helped change the idea of what a Jew could be and where a Jew might travel to and live.

In fact, a translated book may have helped plant the idea of America in Jewish minds. Translations of Campe’s book “The Discovery of America” — source of the delicious Columbus snippet above — played a role in “preparing the way for mass immigration to di goldene medine, the Golden Land of the New World,” he writes. Frieden even charts 15 early Judeo-German, Hebrew and Yiddish versions of the book, published between 1784 and 1859. So perhaps before taking the brave step of sailing somewhere faraway, Jews wanted to read about it. Chapters in “Travels in Translation” include “Nahman: The Rebbe’s Pilgrimage,” about Rabbi Nahman of Bratslav’s journey to Israel in 1798 and ’99, and the translation of Nahman’s thoughts from Yiddish to Hebrew by his scribe, Nathan Sternharz. There is also a chapter on a disastrous 1619 voyage to the Indian Ocean.

While this is an academic book — the notes, bibliography and index add up to 120 pages, and some sections will be of interest only to scholars — for general readers it offers a rare look at how Jews, sea travel and language intersect. Frieden offers a different take on modern Hebrew literary history by focusing on the early 19th century as the moment when a new prose style began to develop, and by highlighting the importance of translation and travel literature in that process.

“Travels in Translation” includes passages in German, Yiddish, Aramaic, Italian, Latin, and Hebrew, and a patient multilingual reader with an interest in the nautical can delight in tracing how a word or phrase moved between languages and centuries. For instance, Frieden charts the evolution of the word “sail,” which in contemporary Israeli Hebrew is mifras. He traces mifras to a “somewhat dubious interpretation of an obscure biblical world that could mean “banner” or “sail” in the context of Ezekiel 27:7 and possibly Job 36:29.” The three-letter root of mifras is peh, reish, sin, but of course that’s only part of the story; Frieden writes that because of the influence of Aramaic, the roots peh, reish, samech and peh, reish, sin “sometimes interact.”

In Aramaic, the word paras means to split, divide, or break, and is linked to the noun for “curtain.” (The copious footnotes, for those who want to dig into this stuff, cite Ernest Klein’s A Comprehensive Etymological Dictionary of the Hebrew Language for Readers of English and not surprisingly, Marcus Jastrow’s A Dictionary of the Targum, the Talmud Babli and Yerushalmi, and the Midrashic Literature, originally published in 1903, as sources.)

But the best part of the “sail” excavation is when Frieden notes that in postbiblical Hebrew, a mefaresh is a sailor or navigator—and in medieval Hebrew a parshan or mefaresh is a commentator. Here the connection between bookish readers and ships seems most lovely and most poignant. “After a sailor sets sail,” Frieden writes, “someone spreads out the story of the voyage. In an unexpected turn of language, the sailor and the scholar come together in the four letter word mefaresh; ‘booking passage’ has something in common with passages in books.”

It’s a truly beautiful idea. It is moving to think of traveler-writers like Ovadia of Bertinoro, who generously sprinkles Italian into his Hebrew account of sailing the Mediterranean in the 1480s, thus “booking” a passage for us, too, through both place and language. Some of the ship obsession chronicled here reminded me of my grandfather’s stories about growing up Hasidic in Bremen, Germany, in the 1920s and 1930s, and going to the harbor there to see ships — the great passage-makers to another world.

The urge to go elsewhere is old, and multilingual, and still with us. Any reader, with or without access to Hebrew, Aramaic, German, or Italian, can appreciate the numerous old maps that Frieden includes, including a 1581 map now housed at Yale University, titled “The Whole World as a Clover Leaf.” The three parts, for the curious, are the following continents: Europe, Asia, and Africa. Maybe travel-guide readers of the time understood that books could only tell them so much, and that for any voyage, you need something beyond the power of language: a little luck.

Aviya Kushner is the Forward’s language columnist. She is the author of “The Grammar of God: A Journey Into the Words and Worlds of the Bible” (Spiegel & Grau, 2015). Follow her on Twitter, @aviyakushner