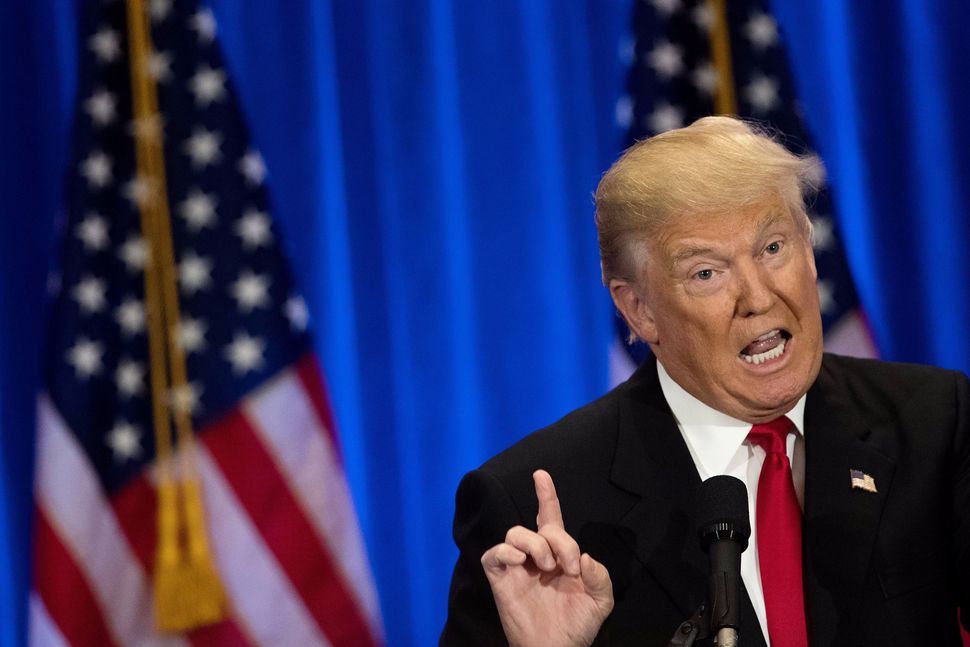 Sometimes, when New York Times critic Michiko Kakutani is channeling the voice of Holden Caulfield or over-using the word limn, she can be a tad grating.

Other times, though, she still has the capacity to knock one out of the park.

That’s the case today with Kakutani’s already-gone-viral review of “Hitler: Ascent, 1889-1939,” which uses Volker Ehrlich’s biography of Adolf Hitler to draw implicit comparisons to the candidacy of Donald Trump. 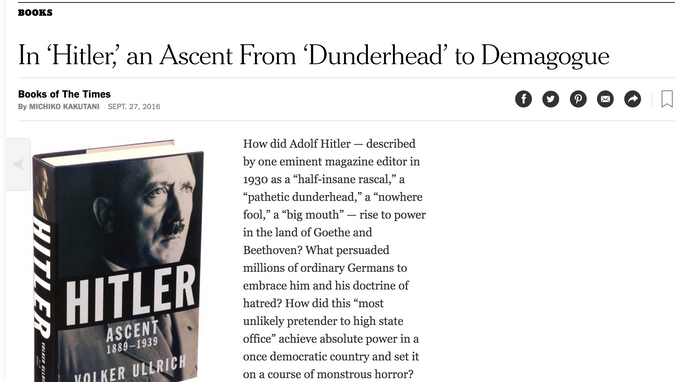 Some choice lines: “Hitler was often described as an egomaniac who ‘only loved himself’ — a narcissist with a taste for self-dramatization and what Mr. Ullrich calls a ‘characteristic fondness for superlatives.’”

“Early on, revulsion at Hitler’s style and appearance, Mr. Ullrich writes, led some critics to underestimate the man and his popularity, while others dismissed him as a celebrity, a repellent but fascinating ‘evening’s entertainment.’”

And finally: “Hitler’s rise was not inevitable, in Mr. Ullrich’s opinion. There were numerous points at which his ascent might have been derailed.”

The parallels have already been pointed out — in the Washington Post and on Talking Points Memo, for example, and also, of course, on Twitter. Many many times on Twitter.

Read this+tell me it doesn’t remind you of @realDonaldTrump In ‘Hitler,’ an Ascent Via @nytimes https://t.co/9LHG6fuD3J

This review is beautiful and (spoilers) not really about Hitler. https://t.co/sYHY7fqAPi

This brilliant book review is and is not about Adolf Hitler. Read closely. https://t.co/lzA91JczYb

This @michikokakutani review of a new book about the rise of Hitler is an epic subtweet about you-know-who: https://t.co/vvzp1go6Ne