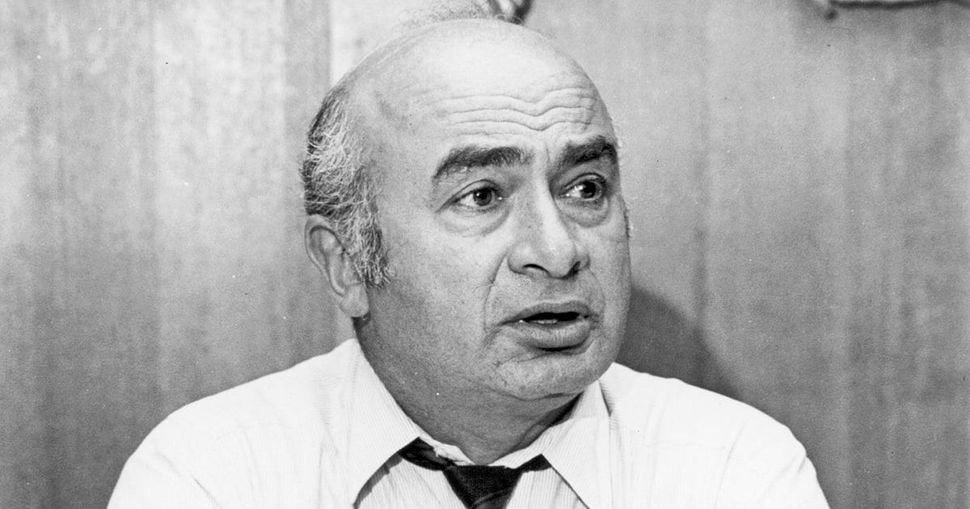 One day after his greatest discovery, Chuck Berry, turned 90, the legendary hit man Phil Chess passed away at the age of 95 (on October 19). Chess and his brother, Leonard Chess, cofounded their record label in Chicago in the late 1940s, through which they played a huge role in shepherding the careers of blues and R&B performers including Muddy Waters, Howlin’ Wolf, Willie Dixon, Little Water, Etta James, and Berry, and bringing them into the rock ‘n’ roll era.

Born Fiszel Czyż, in a Jewish community in Częstochowa, Poland, Phil and his brother Lejzor, who became Leonard Chess, immigrated with their family to the U.S. when they were just 7 and 11, respectively. At first they worked at their father’s junkyard, before opening a liquor store on Chicago’s primarily African-American south side. From there they opened a nightclub catering to a black clientele, before deciding to go into the record business to promote the kind of music that was played in their club. Their first signing was an unknown Southern bluesman with whom they had a hit with a song called “I Can’t Be Satisfied.” Thus was Muddy Waters introduced to the world at large, and Chess Records was on the map as a purveyor of a new kind of hot, electric Chicago blues.

With Chuck Berry, Bo Diddley and others, Phil and Leonard Chess helped midwife a new style of music that would be called rock ‘n’ roll. While Chess Records released all of Berry’s early hits, it wasn’t until 1972 – after Leonard had already passed away from a heart attack in 1969 – that the label scored a #1 hit on Billboard’s Hot 100, with Berry’s live recording of the novelty number, “My Ding-a-Ling.”

While many credit Sam Phillips and his Sun Studios in Memphis as the birthplace of rock ‘n’ roll – most notably for the early recordings of Elvis Presley – Chess Records became a favorite label for Sun Studios artists as well. It was their symbiotic relationship that fed the early sounds of Memphis and Chicago to a greater black audience hungry for “race records,” and eventually to a white audience that included budding musicians such as John Lennon, Paul McCartney, Mick Jagger, Keith Richards, Eric Clapton, Jimmy Page, Pete Townshend, Roger Daltrey, and a whole host of mostly English musicians who would record their own versions of hits by Chess artists and sell them back to white American audiences as rock music (without the roll) or, as in the case of the Who, “maximum R&B.” Two feature films have been made that spotlight the role of the Chess brothers in the creation of rock ‘n’ roll: “Cadillac Records” and “Who Do You Love.”

In “Brown Eyed Handsome Man: The Life and Hard Times of Chuck Berry,” author Bruce Pegg wrote about the collaboration of the Jewish Chess brothers and the African-American Berry as “the convergence of outsiders” who shared the experience of being alienated from mainstream American culture. As immigrants, Pegg says, the Chess brothers lacked the “cultural baggage of racism that many Americans bore at the time.” He also quotes music industry veteran Ralph Bass: “There’s a close tie between the Negro and the Jewish people…. There’s an affinity between blues and Hebrew music. I hear that blues in a minor key, and hey, baby, I’m back in the synagogue.”