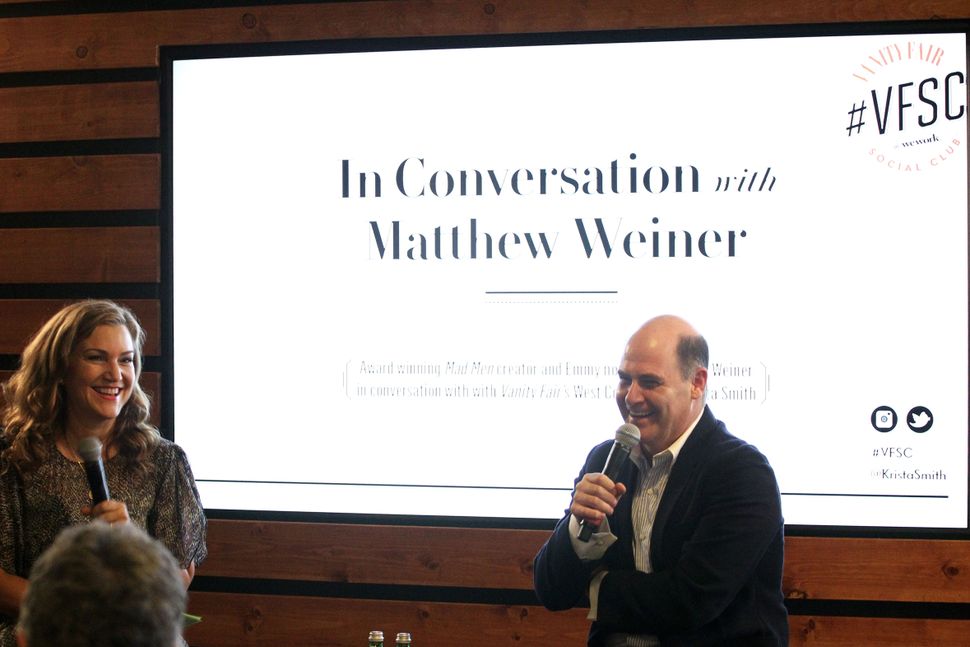 In yet another win for online entertainment, Matthew Weiner, the Jewish creator of “Mad Men,” has confirmed that he will be creating a new show for Amazon and the Weinstein Company. Since the end of Mad Men’s seven season run (or eight, depending on how you parse it), Weiner has kept busy with a number of projects, including directing an episode of Orange is the New Black, and penning his debut novel “Heather, The Totality”, which is slated for release from Little, Brown, and Company in the fall of 2017. The upcoming Amazon show, which Deadline reports has been contracted for a seventy million dollar, eight episode order, will be Mr. Weiner’s second project as a show runner. Mr. Weiner expressed his admiration for Amazon in an official statement, saying that the company and Amazon Studio head Roy Price have “taken center stage by distinguishing themselves through bold choices.”

Continuing Mr. Weiner’s tradition of keeping his fans in the dark, details about the new project are scant. We know that it will be an anthology project set in the present day and taking place in various locations around the world (sorry Mad Men fans, it doesn’t look like this is going to be a followup). We also know that, in addition to creating, writing, and producing the show, Weiner is expected to direct a number of episodes as well.

And to answer the question that is likely on everyone’s mind, the show is “straight-to-series”. So yes, you will be able to binge watch all eight episodes as soon as they’re released.