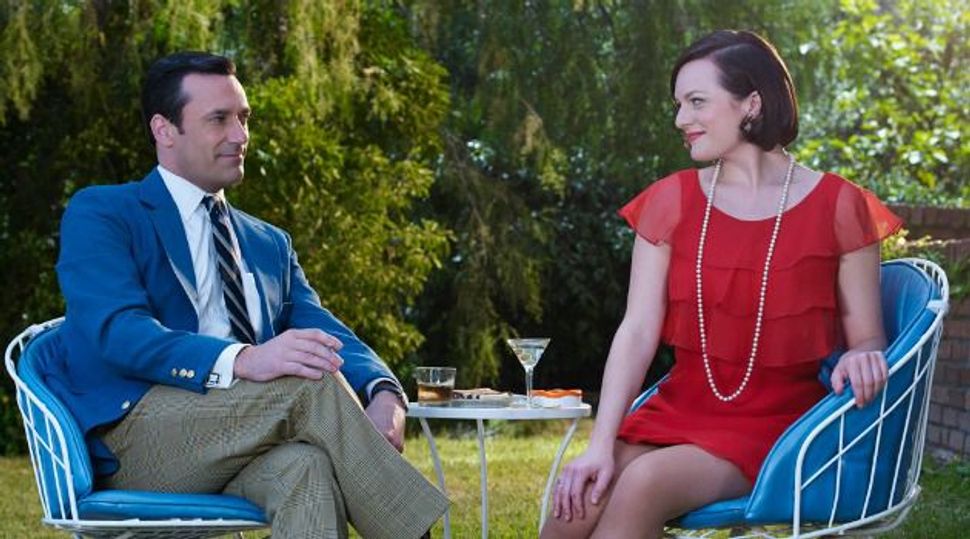 America’s love affair with the sixties dates back to July 19, 2007.

That’s the day an unknown show made its debut on an obscure network known for John Wayne western reruns. Seven and a half years later, “Mad Men” has become a cultural touchstone while AMC has been home base for landmark shows like “Breaking Bad” and the Walking Dead.”

The man behind the madness? Matthew Weiner, a nice Jewish boy from Los Angeles, via Baltimore, who developed the pilot for the hit series while working as a writer for “Becker.” “Sopranos” director David Chase was reportedly so impressed by the script that he offered Weiner a job as writing for the HBO show.

The Forward’s Anne Cohen caught up with Weiner by phone to ask him what comes next, what he kept from the set, and really, what’s the deal with all the Jews on “Mad Men”?

Anne Cohen: Tell me about your Jewish upbringing.

Matthew Weiner: My parents were first generation — both New Yorkers and all their parents were immigrants. They were raised in the classic bourgeois Ashkenazi Judaism. My mother and sisters were not bat mitzvah’d but my brothers and I were. 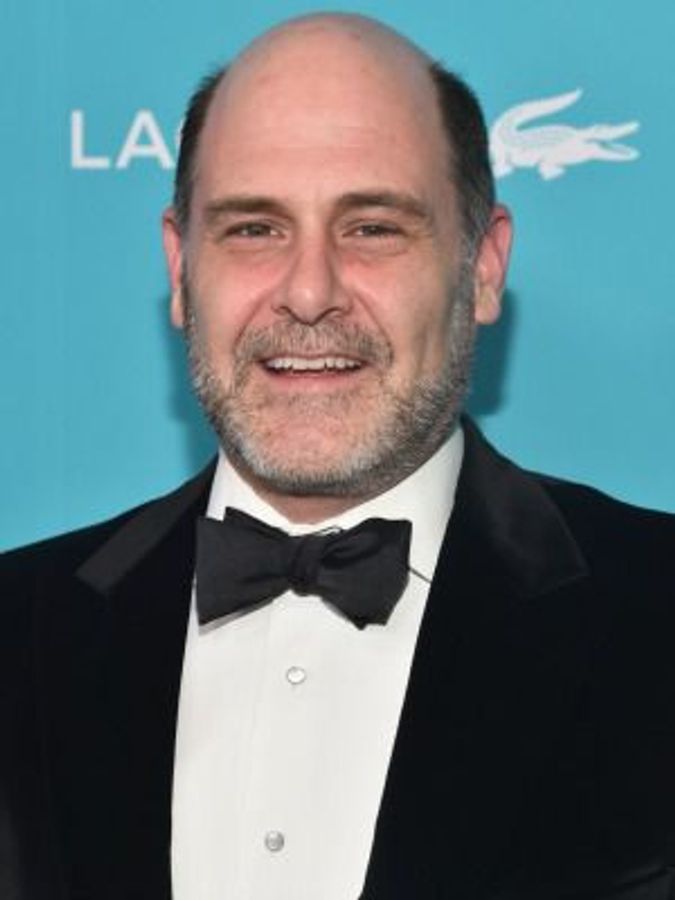 I was not much of a student. When I went in for my bar mitzvah training I was older because I had no other previous [Jewish] education. They put me in a class with kids who were much younger than me. The teacher would teach the class to me — and I was very interested in it. I wasn’t interested in the arguments; I was interested in the stories, in the parasha.I still feel like the story of Moses is one of the best dramas ever. There aren’t a lot of cultures that have a story like Jacob and Esau, where the more athletic first-born is undercut by the one who is loved by his mother and is intelligent. That says something about [us].

My parents kept kosher for many years but believe it or not I think the butcher died and they kind of stopped. I was raised with a real Jewish intellectual identity. Freud, Marx and Einstein — those were the holy trinity of the household I grew up in. There real pride in anyone who made it who was Jewish. My father is named after Leslie Howard.

My grandfather lived with us. He had been born in Russia and was part of a social club of landsmen and worked as a fur dresser in Manhattan. He wasn’t a particularly religious person but I would go to Temple with him until he passed away. I never saw my parents deny that they were Jewish. We never had a Christmas tree. We went to see “Gone with the Wind” and went for Chinese food.

The Jewish storyline in Mad Men has always seemed very deliberate to me. Was it important to you to highlight the Jewish experience? Why?

It was very important to me. For whatever reason, despite Jewish participation in entertainment, [the Jewish experience] always felt absent to me. There was an old saying that goes “Think Yiddish, write British.” I wanted to highlight what I found to be the parallel issue of assimilation to what’s going on with Don in terms identity. I wanted to have this character Rachel Menken who said that she was Jewish.

It was something that I felt had been deliberately overlooked, mostly because of a fear of calling attention to who we are. I wanted to talk about the ambiguities of what it means to be an American Jew. Especially in advertising, a lot of what happened in the “creative revolution” was the adoption of Jewish writers and Italian art directors and that sort of subversive sense of humor, which to that point had been really segregated. It wasn’t unprecedented move but it was a big deal.

And really, how could you tell the story of New York at any time without including Jews?

I want to talk about a scene from the show’s first season, in which the Israel Tourism Board approaches Sterling Cooper for an advertising campaign. It’s an interesting plot line. How did you come up with it?

When we started the show, I really only had a few episodes I knew I was going to do and that was one of them. I wanted to talk about America’s love affair with Israel. I love this idea of people like Don, who is white, looking at us and seeing us as heroes.

I didn’t know it was going to be about the concept of exile in general until we got there. But I loved this idea of Rachel Menken explaining a secular version of Judaism, and the emotional and political relationship with Israel that I have and a lot of American Jews have. Which is a great kinship but you know, we don’t live there.

You once mentioned that the show portrays America’s “sophisticated” or “casual” anti-Semitism. What is that?

I experienced direct anti-Semitism in my youth. Sterling Cooper is modeled on my high school. Of the 120 kids in my class there were 20 Jews and people would talk about how the school was half Jewish.

That line Pete Campbell says in [the Season 1 pilot], I heard someone say: “Adding money and education doesn’t take the rude edge out of people.” Obviously I remembered it.

There’s also institutional anti-Semitism. Like, ‘You’re okay — I don’t like your people in general — but you’re ok.’ Even Don is in that boat. It’s not like anyone ever pretended that there wasn’t anti-Semitism. I wanted to express my feeling of being a minority, marginalized on some level because of overrepresentation in cultural aspects of the United States in general. All of these jokes that we make about ourselves are based on stereotypes. I’ve experienced direct anti-Semitism because for some reason or other I’ve been in situations where people didn’t know I was Jewish. And like Sal [the closeted Sterling Cooper art director who gets fired after a client comes on to him], I had to stand there while people said horrible things. So, for me to own this part of the story was important.

How does your Jewish identity shape the way you think about characters?

I think it does. Whether it’s women or gays or people of color — I’m from a middle class family and I’ve had advantages, but I side with the outsider and the underdog. I have two older sisters, I have a mom who’s Trudy Campbell’s age and I totally identified with everyone from Betty Friedan to Helen Gurley Brown. I have, for lack of a better word, a minority experience. When they’re talking about everybody they’re not talking about you — I have arrived but conditionally.

What that all means is that the character, is not defined by [that identity]. You can’t lean over backwards to make them a symbol or make it the biggest thing in their life. It’s not.

“Mad Men” depicts a very specific time in U.S. history so I can see how Americans could relate to the nostalgia. Yet the show has also been hugely popular abroad in places like U.K., France and even Israel. Why do you think that is?

One of the economic stumbling blocs to getting the show made was the sincere belief that no one would care about this period of American life. I knew that they were wrong. It may be foreign but it is beloved and interesting. When the show took off in China, I was really surprised. And I was told: ‘Oh they’re going through this right now.’ I don’t know what ‘this’ is, but I hope the show recognizes actual human behavior, good and bad.

There’s no guns, no procedure. I was more interested in telling a story about the universality of human experience. I did want it to be about things that are very small, that you immediately identified with, whether it was professional jealousy or love. Being able to do an episode right away where this incredibly confident man on the outside doesn’t feel that way about himself on the inside – that has nothing to do with the period. And the rest is window dressing — done by amazing people — and incredibly talented actors.

A number of museum exhibits and events are planned around the show’s last season. How does it feel to see a show that paid tribute to a cultural phenomenon become one itself?

It’s an honor. It feels much like all the accolades that have been given to the show — you always feel like a fraud. The response to the show and the fact that it has resonated with other people is amazing. It’s a little bit of an out of body experience. It’s not what you set out to do when you create a TV show. To end up in the Smithsonian! It’s cool that if you were to write about this period in history, you might have to mention the show. In this moment it’s extremely flattering.

Did you keep anything from the set?

I took a bunch of stuff. Don’s bar went to the Smithsonian, so I was glad to part with that. But Roger’s bar is in my office at home. Oh, I’m using it, yeah. Part of it is esthetic — it’s a great looking bar. I thought: I need a bar in my office at home, even though I’m not a big drinker. I like to pour drinks more than I like to drink. I also have Peggy’s stapler; I have Don’s Clio — some very small but important things. I have a lot of stuff from the period in general. My personal stuff has been on the set and in the show. I used to be really excited to see a life magazine from the 1960s, and now it smells like work. I need to move on to another period!

For the most part, I’m enjoying rehabilitating myself into my family. It’s been a pretty steady push for the last 14 years since I wrote the script. We did 92 hours of the show in seven years and it’s time to fill up the tank. Working with these amazing writer and actors, I’m so grateful to end the show when we want to end it, the way we want to end it. I won’t know what it really feels like until the last episode airs, but we’re all really excited. Usually I’m working when the premiere happens, so I’m looking forward to everybody seeing it.