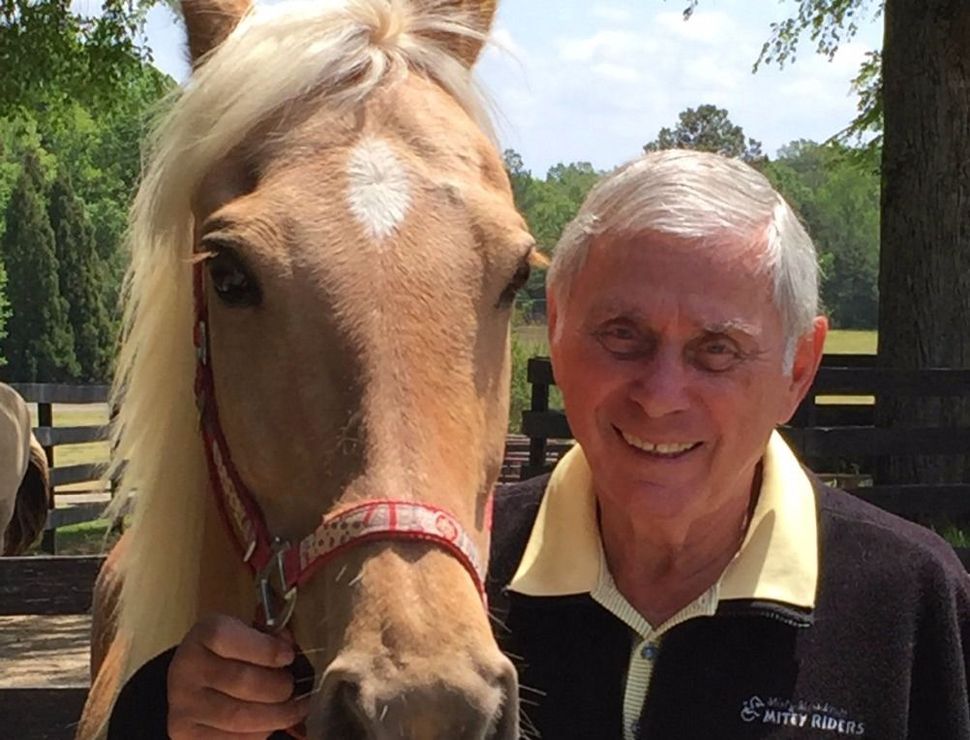 Image by Courtesy of Harry Swimmer

When CNN announced the ten finalists for their tenth annual “CNN Heroes” special, 86-year-old Harry Swimmer was eating his weekend lox and bagels with family and friends, keeping his best poker face between bites. Swimmer knew he was among the finalists, but had signed a confidentiality agreement, and had even kept the news from his loved ones. Keeping mum was harder than he thought: With his late-in-the-alphabet surname, Harry was ninth in the ten that had been whittled down from twenty-five semi-finalists. But then when he name was called, pandemonium broke out below the Mason-Dixon line. “There was so much laughter and tears,” Swimmer told me by phone, reached with his feet up in his Charlotte barn office.

Each of the ten finalists, nominated by the public, will receive a $10,000 cash prize for their cause. Their efforts will be highlighted on a global broadcast event on Sunday, December 11, hosted by CNN’s Anderson Cooper and ABC’s Kelly Ripa. The event will be aired live from New York’s American Museum of Natural History, and according to CNN, the hero with the most votes will be named “CNN Hero of the Year” during the All-Star Tribute and receive an additional $100,000 for his or her cause.

“I have pretty much stayed under the radar most of my life,” Swimmer said. “So to hear I had made it to the 25 cut-off list, from what I hear numbered 50,000 nominees, I was already terribly humbled. But the top ten! I’m 86 now, so all of this is just amazing me. I will fly to New York on December 9. The big event is December 11 at the Museum of Natural History. Then I will walk the red carpet and meet Anderson and Kelly. How crazy is that?”

His wife Marilyn can no longer travel, so his date for the big event is his daughter Jody Swimmer, a physical therapist in Kentucky.

Swimmer has been nominated because of his involvement with his charitable foundation “The Mitey Riders,” which provides therapeutic horse riding for children with physical and learning disabilities to ride horses free of charge. The program is held at the Misty Meadows Equestrian Center located on Providence Road in Waxhaw. The students do not pay tuition, and many of the staff members are volunteers. “Up to 70 kids a day are riding our horses,” Swimmer said. Nearly 800 boys and girls have participated in the program.

Not only is this grandfather a hero to countless parents of children with disabilities, he is also a hero to the Charlotte Jewish community, with an estimate of 15,000 that identify as Jewish, making it the largest Jewish population in the Carolinas. As a man with Hungarian and Russian Jewish ancestry, he’s been actively connected to this tight-knit world for 64 years; he moved to Charlotte in 1951 after graduating from Penn State University, and founding the Swimmer Insurance Agency. Swimmer is long retired from his firm, but involved with his charitable foundation on a daily basis.

In the early 1980’s, Swimmer was asked by local Jewish leaders to spearhead the campaign to fund Shalom Park, a 54-acre wooded campus that today serves as the center of Jewish life in greater Charlotte. He raised $7 million from more than 500 participating families. The majority of Jews in the city live near Shalom Park, and two synagogues, Temple Beth El (reform) and Temple Israel (conservative) are within this property.

Swimmer was also honored in 2014 by Israel’s International Jewish Sports Hall of Fame with a lifetime achievement award, as a person who has made noteworthy contributions to Israel and Jewish society through his long involvement with the Maccabi games.

One person voting ten times every day for Harry Swimmer is his niece, New York fashion journalist Susan Swimmer. She told me by phone, “I’ve always joked that I could travel the world and make friends as long as I hung a sign around my neck that says ‘I’m related to Harry Swimmer.’ He’s the great connector — bringing people together whether he’s in the next county or another country. My little family of four goes to Charlotte for Rosh Hashanah. When we drive into the temple complex, Uncle Harry stops to greet everyone, from the security guard directing traffic to the woman handing out programs to the other congregants. He knows who just had knee replacement, whose daughter got married recently, who lost a job. And then he will offer his help—does the knee need a second opinion? Do the newlyweds need a place to live? Can the guy who’s unemployed send him a resume? Even the rabbi comes into the audience, mid-service, to give Harry a warm embrace and have a few words. This is who Harry is, at his core. He can’t help himself. He’s a hard-driving self-made man who’s really a just ball of mush inside.”

Susan Swimmer continued, “I can’t even describe what it’s like to watch my uncle with the kids in his program. At first I’d get so emotional — it’s one heartbreaking story after another — but Uncle Harry has such a natural ease with them. He treats the kids like a true hero should, as kids, never subdividing them as kids with disabilities. And I do think he is a child at heart — he still has joy and excitement in everything he does — and I think the kids see that and know he’s one of them.”

To hear all the stories of the ten finalists head to CNN. You can vote via email, Facebook Messenger and Twitter (up to ten times a day). Voting ends December 6.