How 5 Jewish Artists Paid Tribute to the Late Leon Russell 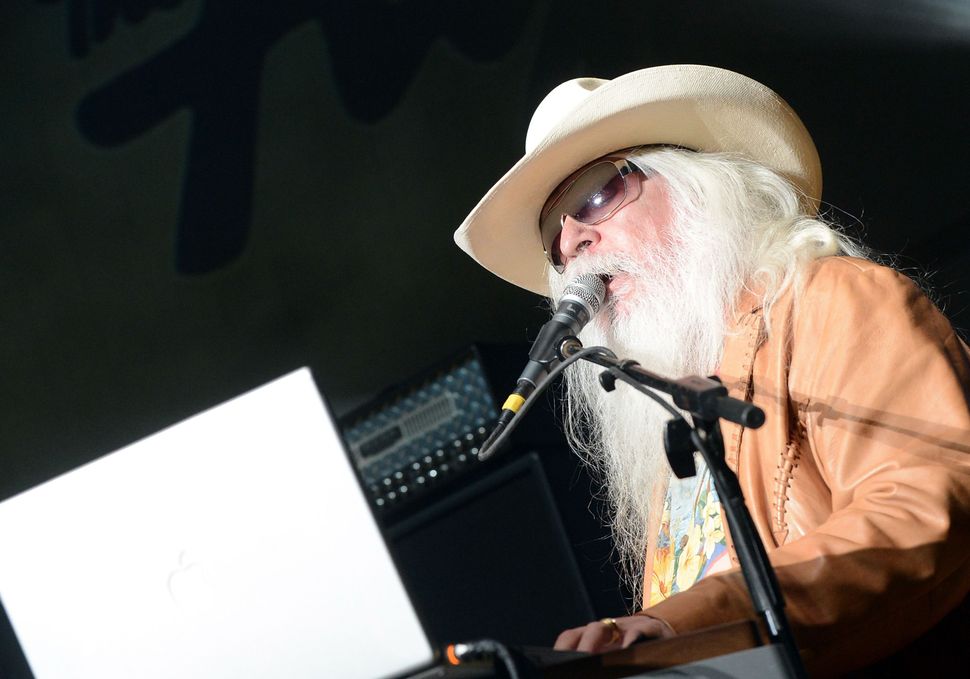 The great American singer, songwriter and keyboardist Leon Russell died in his sleep this past Sunday, November 13, at age 74. While never a household name, Russell’s career as a session musician, sideman, songwriter, and producer saw him work with a significant slice of rock and pop royalty — everyone from the Rolling Stones to Bob Dylan, from Frank Sinatra to Elton John, from John Lennon to George Harrison.

The Oklahoma-born Russell, who for much of his life sported a long beard and sidelocks worthy of a Torah scholar, began his professional career while still a teenager in Tulsa, before moving to Los Angeles. There he worked for a decade mostly as a session musician, notably appearing on many of Phil Spector’s “Wall of Sound” productions, and on jobs by the group that became known as “The Wrecking Crew,” the unheralded ensemble of musicians that powered hits by artists and groups including the Beach Boys, the Byrds, Sonny & Cher, and Sinatra. By the end of the decade, he had begun recording his own songs and co-founded the influential independent record label, Shelter, which released albums by fellow Tulsan J.J. Cale, Tom Petty & the Heartbreakers, Phoebe Snow, and Russell himself.

Over the next couple of years, Russell found himself producing and playing on a couple of new songs by Bob Dylan; appearing in the superstar lineup of George Harrison’s landmark benefit “Concert for Bangladesh,” which was made into an album and a movie; and joining the Rolling Stones in the studio and on tour.

But it’s perhaps as a songwriter that Russell earned his greatest props from his fellow musicians. His first hit, “A Song for You,” has been covered by over 100 artists, including Andy Williams, Ray Charles, and Christina Aguilera.

Barbra Streisand, “Lost Inside of You”

Neil Diamond, “A Song for You”

Amy Winehouse, “A Song for You”

Elliott Yamin, “A Song for You”

And as a bonus, here’s a live video of Leon Russell singing Bob Dylan’s “A Hard’s Rain a-Gonna Fall”

How 5 Jewish Artists Paid Tribute to the Late Leon Russell