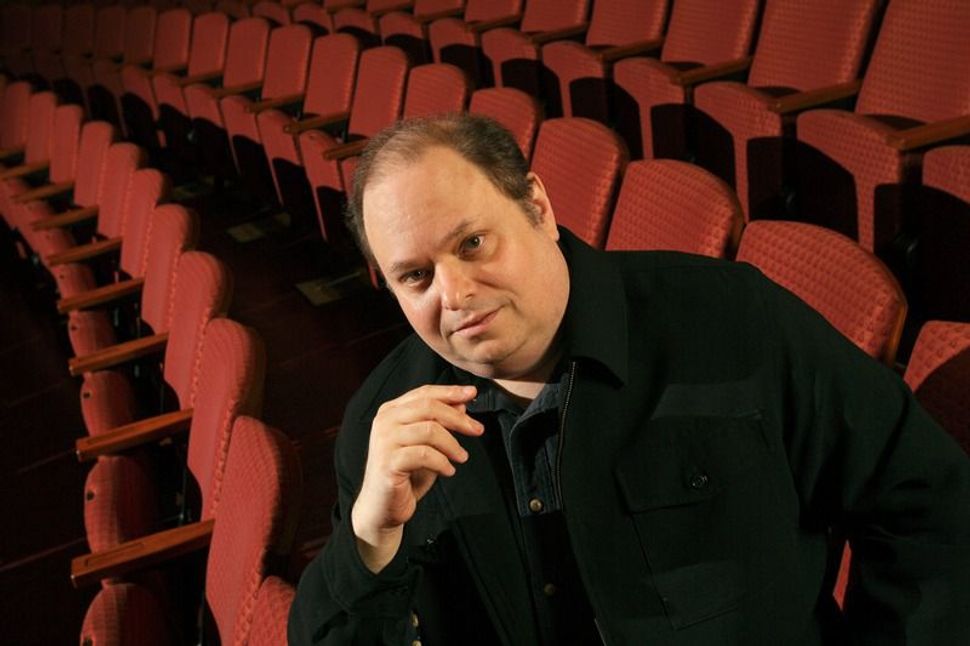 Tony Award-winning author Richard Greenberg’s new play “The Babylon Line” opened at Lincoln Center on December 5. He recently sat down with the Forward for a lengthy, freewheeling interview. Here are 6 things we talked about.

First of all, he shot up his garage before the Yankees acquired him. So, when we acquired him, I thought, “Oh, this is the guy who shot up his garage with his girlfriend in the house,” so I didn’t like him to begin with. I’m sorry, there’s a minimum level for me to find you root-able, and you don’t reach that level if you shoot up your garage while your girlfriend is in the house, so I don’t like him for that reason.

On The First Movie He Ever Paid For:

I don’t think I paid for a movie until “The Exorcist” because it wasn’t playing at one of our theaters. And I remember, the friend I went with, she said she thought the reason why people couldn’t eat after seeing “The Exorcist” was that their stomachs hurt from laughing so hard. Because none of us were scared, but we all thought it was ridiculous.

On Having Diminished Expectations:

I just decided that it’s good not to have expectations. I have diminished expectations because I’ve decided not to expect anything. When you start out, you think that every production is going to change your life. I no longer think anything that happens is going to change my life. I hope that enough things will go well enough that it will aid my solvency. But separately, yeah — how do we even talk about what the relevant value is of anything when everything is changing so quickly? I know that more and more, I am valuing live-ness. The more people come at me with all the technology that’s possible in a play, the more I find myself saying, “Can’t we do the whole thing by candlelight?”

On Why He Doesn’t Read Reviews:

Years ago, I wrote a play called “Eastern Standard.” It got one of the most divided responses of anything I’d done. And back then, I was still young enough to think that maybe I wanted to be famous. And that’s when I realized that it didn’t suit me and I didn’t want to be public. And I was just too vulnerable, so I stopped reading. Recently, I’ve mostly stopped reading other people’s reviews. I like reading reviews of dance because I know nothing at all about dance. It’s almost like reading in a foreign language or at least Esperanto because I don’t have the vocabulary.

On Why He Sets Plays in the Past: