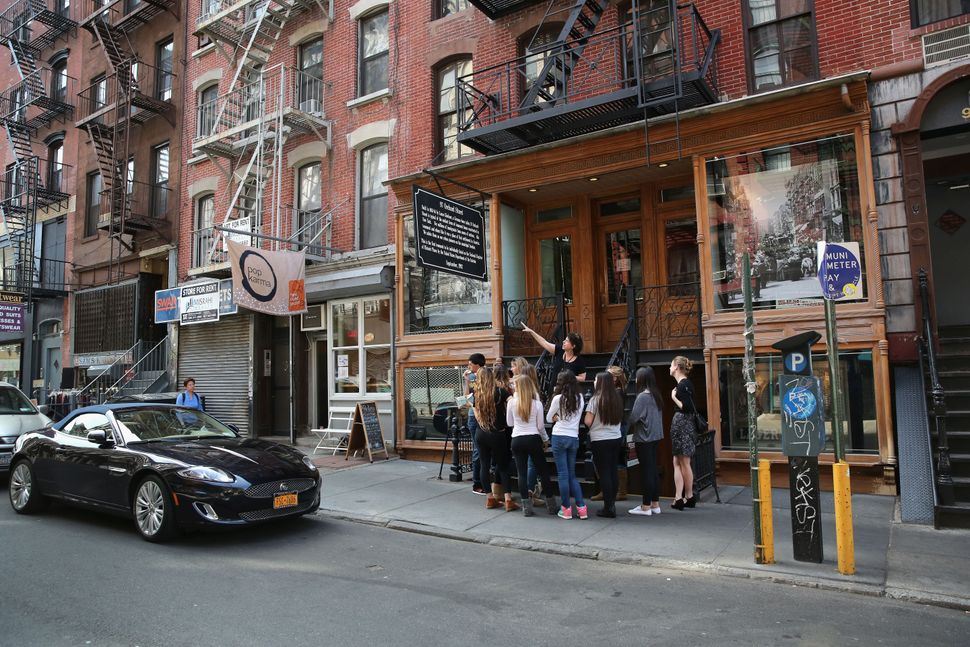 The Sweatshop Tour at Manhattan’s Tenement Museum, oriented around the homes and workplaces of two Lower East Side Jewish families at the turn of the 20th Century, includes some surprising facts. Among them is one sure to provoke outrage: that at the time, Eastern European Jews were primarily motivated to immigrate to the United States because of economic need.

Frequently, according to Annie Polland, the Museum’s Senior Vice President for Programs and Education, it includes the exclamation: “There were also pogroms!”

Given the care with which historians have determined the primary significance of economic dislocation in Eastern European Jewish immigration, it’s natural to expect the Museum’s educators might be frustrated by that objection. In a new push to foster a more open, flexible dialogue between educators and visitors, though, that’s not how Museum employees choose to see it.

“What we say is the visitor is trying to share his or her connection to this history and show that he or she is part of this as well,” Polland told the Forward. “They’re not trying to correct you as much as they’re trying to be part of the story.”

Why this new push?

“The Education Department realized that for all the time we spend talking about sharing stories with visitors, we should spend more time on what we do when visitors share stories with us,” Education Manager Kathryn Lloyd wrote the Forward in an email.

That realization was motivated by a few factors. As Polland explained, the Museum, which is dedicated to the stories of late-19th- and early-20th-century immigrants to New York, cherishes the mission “to connect past to present, so we talk about immigrants historically to help us shed light on immigration today.” Part of that mission, as the Museum sees it, included making room for visitors to share their own stories of immigration. 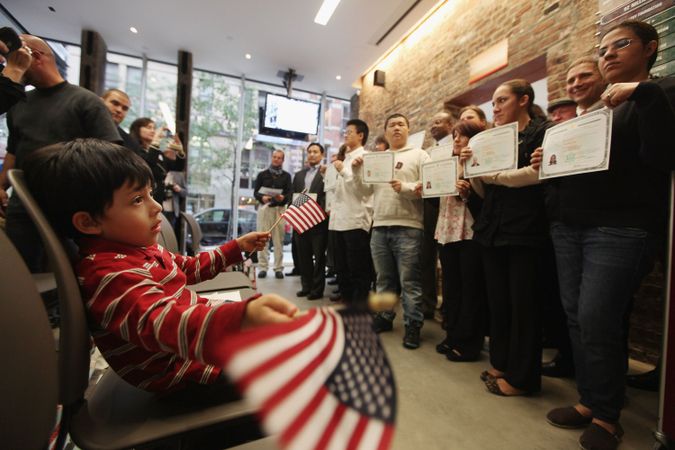 The Tenement Museum hosts a naturalization ceremony on September 20, 2011. Image by Mario Tama

The Museum also saw a need to explore the more negative reactions to immigrants they sometimes see in their visitors. As Reuters reported on November 21st, Museum educators have recently encountered more frequent negative comments about immigrants. (“Museum employees say they are confronted with an unprecedented number of negative comments by visitors about today’s migrants,” Sebastien Malo reported.)

Polland demurred as to naming a specific cause for that increasing frequency, but acknowledged it correlated with increasing tensions over immigration in the political climate.

Since late summer, educators “have come together in small groups at the start of each month to discuss practices and skills relevant to the work,” Lloyd wrote. Polland explained those groups have been focused on developing practices for opening tour groups up to greater exploration of personal stories.

“Some of the groups have discussed this idea of shared authority: How do we create spaces for people to also tell their stories, and how do you make that work?” she said. Another practice they’ve devoted attention to is “generous listening,” which Polland explained as “this idea of really letting people speak trying to kind of understand where they might be coming from.” An internal document outlining principles of generous listening includes adapting tours to the specific interests of a group and rephrasing questions to gain greater understanding.

Polland couldn’t concretely share whether educators felt the new practices had increased the openness and decreased tension on the tours. Still, she said, “I would like to hope there’s more a sense of comfort with the fact that we can’t predict what’s going to happen on a tour.” She thinks the Museum’s cultural role has “become more important” as debate over immigration has become more fraught, but thinks more people are also experiencing a positive draw to its “mission is to enhance appreciation for the immigrants who have shaped and continue to shape our national identity.”

At a recent meeting, she said, an educator shared a story that reinforced that impression.

“One educator said she’d had numerous people come up to her and say I’ve come to the museum specifically in the last month or the last week because I wanted to talk about immigration,” Polland said. “Our tenement space has become almost a sacred space, in this time, to have important conversations about immigration.”