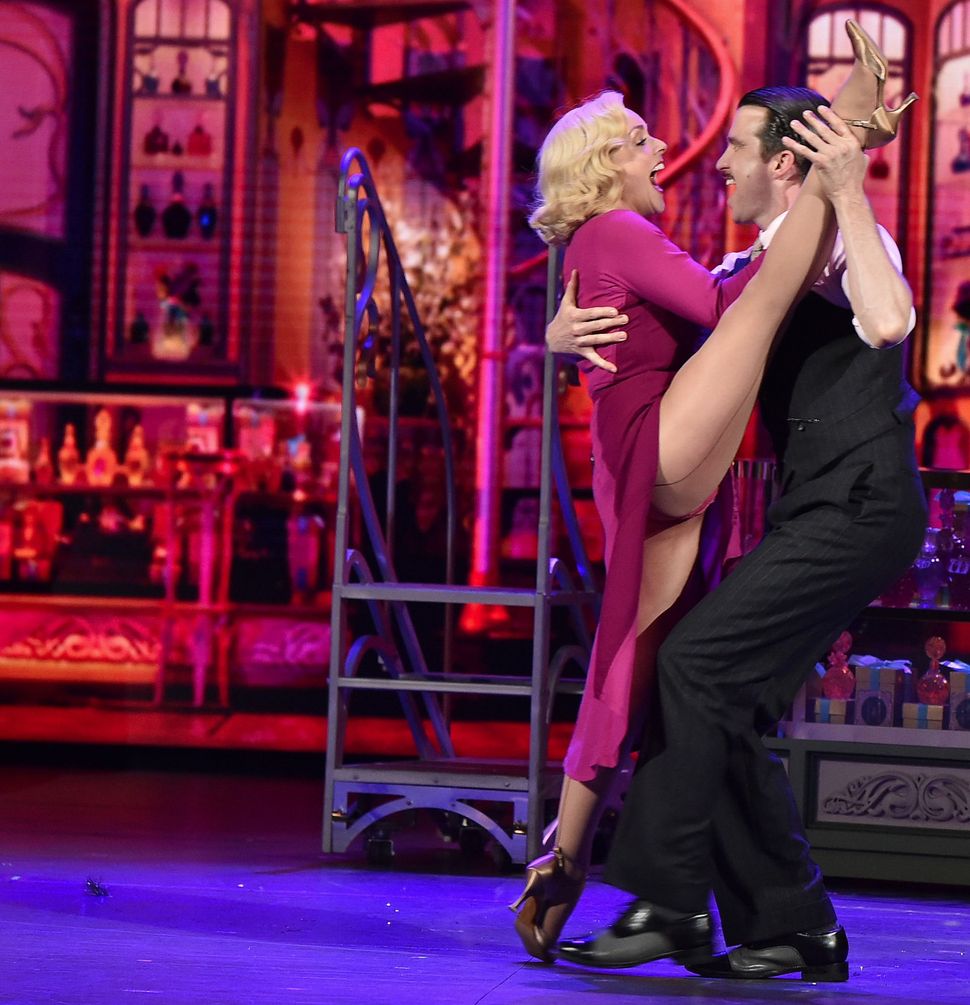 We hope you’ve digested all of that Turkey Day tryptophan, because with a flood of events in New York, Chicago, Washington D.C., and Los Angeles, the Jewish cultural world is moving right along. As December creeps around the corner, bundle against the cold – or, if you’re in L.A., laugh at the rest of us as we do – and get out there!

1) See a rare Sheldon Harnick gem in theaters – one night only!

“She Loves Me,” a 1963 musical with lyrics by Harnick, a book by Joe Masteroff, and music by Jerry Bock, returned to Broadway after a two-decade absence this past spring. Starring Zach Braff, Jane Krakowski, and Laura Benanti, the show was nominated for 8 Tony Awards, and won one. It ran for only a few short months; if you missed it, catch it in cinemas on Thursday, December 1, when for one night only, the show will screen in almost 500 theaters nationwide. Check out the Tony Awards’ preview of the show below – we dare you not to be enchanted.

Every year, the Other Israel Film Festival presents New York audiences with films by and about Israel’s minority populations. This year’s festival opens Thursday, December 1st and runs for a week. Highlights will include “Junction 48,” which explores Arab-Israeli hip hop culture and took home top honors in the TriBeCa Film Festival’s 2016 International Narrative Competition, and “Personal Affairs,” the story of a Palestinian family in Nazareth and Ramallah, which will close out the festival and feature a discussion with the filmmakers. For more recommendations, see Michael Atkinson’s preview of the festival for the Forward.

On Wednesday, the United States Holocaust Memorial Museum hosted a tribute to the late Elie Wiesel, who passed away this past July. Watch recorded video of the event, at which members of Wiesel’s family spoke, as did members of Congress and representatives from both the Obama administration and the diplomatic community.

As the nights get longer, curl up with some of the Forward’s most exciting recent longform work. Start with Allan M. Jalon’s deep look at Paul Newman’s lost masterpiece (shot at a New York Yiddish theater, natch) and Gavriel D. Rosenfeld’s recollection of the day 50 years ago when Brown University hosted a lecture by alumnus George Lincoln Rockwell, founder of the American Nazi Party. If those whet your appetite, follow up with some great pieces from the summer – so long ago – including Sophia Marie Unterman’s quest to figure out how best to teach children about the Holocaust and Forward critic-at-large Ezra Glinter’s examination of the Lubavitcher Rebbe’s popular legacy.

We hate to brag – ok, we love to brag – but the newly released anthology “Have I Got a Story For You: More Than a Century of Fiction From the Forward,” which Glinter edited, is a lovely look at segments of Jewish American culture previously inaccessible in English. Help us celebrate its achievements at its official launch this coming Monday, December 5th, at New York’s Center for Jewish History. Glinter will be speaking alongside novelist Dara Horn, and translators who contributed to the book will read selections from it. 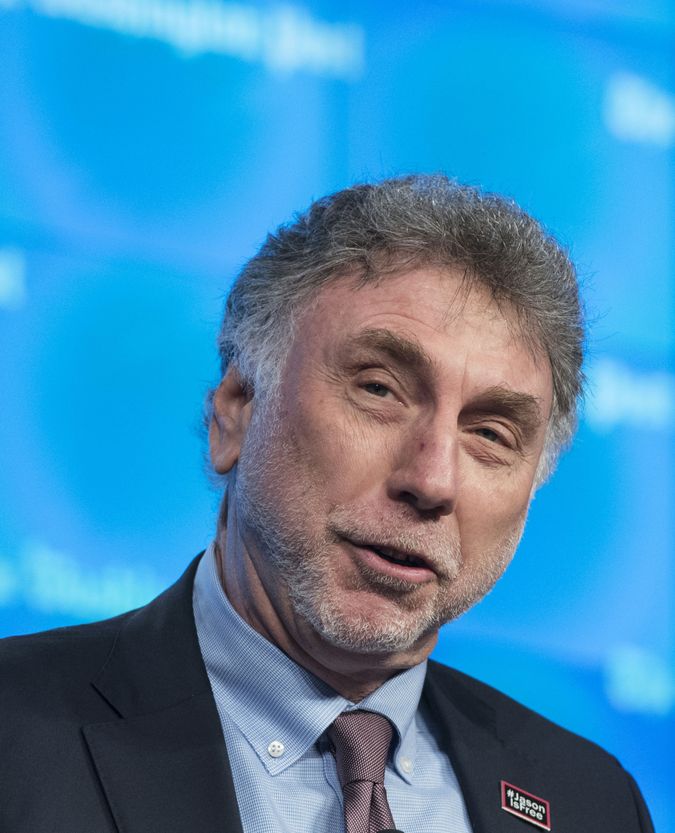 Baron, the Washington Post editor-in-chief (formerly of the Boston Globe) thrust into the spotlight by, well, “Spotlight,” was awarded the second annual Hitchens Prize on Monday night. In response to the award, which honors the work and memory of the late journalist Christopher Hitchens, Baron expounded on the current need for a press wholeheartedly committed to pursuit of the truth; watch the speech or read a transcript through Vanity Fair. And at The New York Review of Books, Gessen, another Jewish star of the journalism world, draws on her family’s experience under authoritarian German and Russian governments to advocate a shift “from realist to moral reasoning” as Trump moves into the presidency.

7) Hear Art Garfunkel, honor Bernard Malamud, and learn what it means to be “Jewmongous”

Washington, D.C. plays host to a flock of intriguing cultural events this weekend. Thursday night Art Garfunkel will play the last of three solo engagements at the Wolf Trap Foundation for the Performing Arts, which is – ok – in Virginia. (Still: Art Garfunkel!) Friday evening the Folger Shakespeare Library hosts the presentation of the PEN/Malamud Award, presented in Malamud’s memory since 1988, to novelist short story author Joy Williams. Saturday choose between decorated young Israeli pianist Tomer Gewirtzman, performing at the University of the District of Columbia , and the blasphemous Sean Altman, who’ll take over the Black Rock Center for the Arts with his comic song bonanza “Jewmongous.” For a hint of what Altman offers, view his video “Taller Than Jesus” below.

8) Get behind-the-scenes peeks at Leonard Cohen and Isaac Babel, sit in on a star-powered feminist conversation, and swoon over Leonard Bernstein

This weekend, Los Angeles plays host to two documentaries on Jewish cultural luminaries. Thursday, Friday, and Sunday, the Cinefamily presents a series of Leonard Cohen documentaries, starting with 1974’s “Bird on a Wire” and concluding with 2009’s “Leonard Cohen: Live at the Isle of Wight 1970.” Starting Friday, see the new documentary “Finding Babel,” a deeply-researched portrait of acclaimed Soviet writer Isaac Babel, at Laemmle Town Center; screenings on Friday, Saturday, and Sunday will be followed by Q & A sessions with the film’s director and editor. Also in L.A., catch feminist icon Gloria Steinem in conversation with “Transparent” creator Jill Soloway Sunday at UCLA’s Center for the Art of Performance, and tap your feet at one of three semi-staged concert performances of Leonard Bernstein’s “Wonderful Town” at LA Opera.

In Chicago, Thursday brings the Chicago Media Project’s screening of “The Last Laugh,” a docu-comedy in which a series of beloved comedians – Jewish and non-Jewish alike – examine the limits of their art. Can you find humor in the Holocaust? Filmmaker Ferne Pearlstein investigated and found, well, yes. On Sunday, work up some premature holiday cheer at a Hanukkah concert from Kol Zimra: The Jewish Community Singers, which will present “Let There Be Light” at Beth Emet: The Free Synagogue. The concert will feature Chicago-area cantors and, the website teases, a surprise guest; no word on whether there will be gelt.