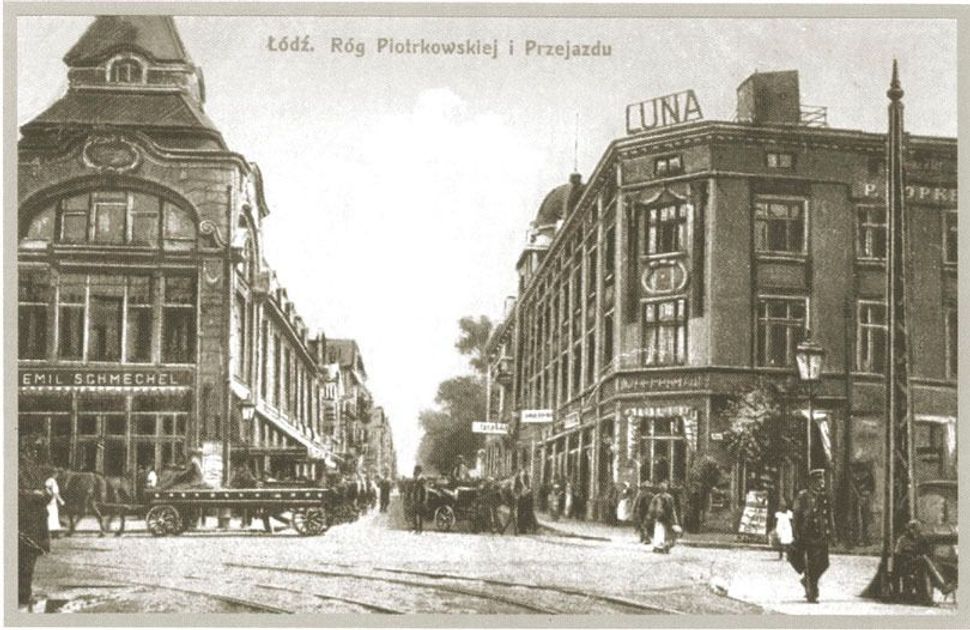 This was originally in the print edition of February 20, 1998, and was posted online in December 2016.

For some people, going home is a complicated matter — particularly after a long absence. But while some journeys of return are fraught with deep emotion and ambivalence, others are more like an odyssey, an obstacle course that leads nowhere. What if home no longer exists? The land is there but everything else has vanished. No signposts. Records are missing. Former witnesses now dead or strategically mute. 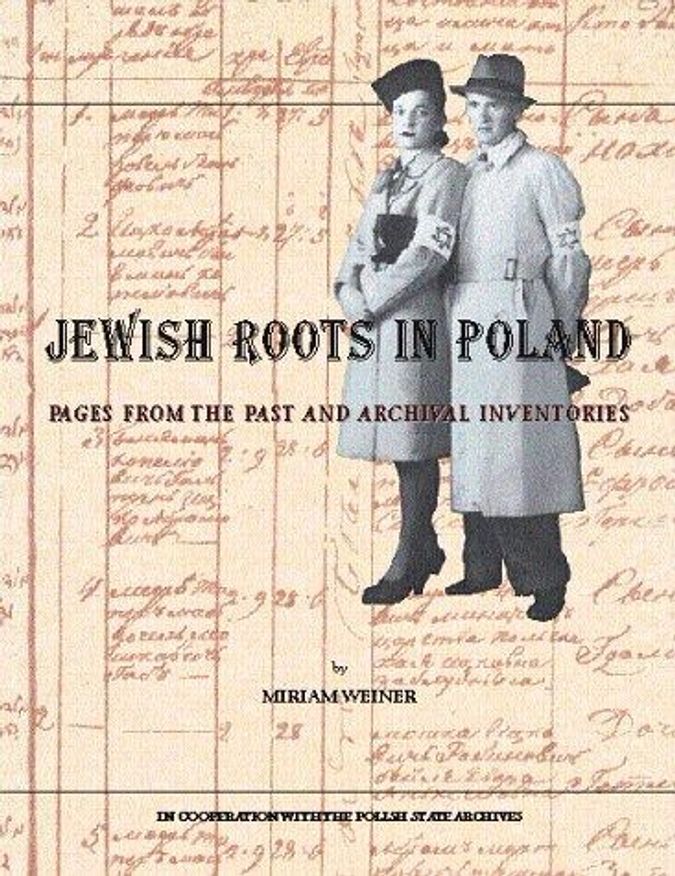 In the case of the Jews and their connection to the tragedy that was the Holocaust, going home becomes all the more difficult precisely because the crime scene exists on another continent, and because much of the physical proof was either lost, destroyed or buried alongside the ghosts themselves.

So when you want to go home to revisit the lost world of Jewish European life, whom are you going to call? Enter Miriam Weiner, the Indiana Jones of prewar Polish Jewry. As the founder of Routes to Roots, she has taken scores of Jews back to Poland and Ukraine to visit the ruins of their family histories. And now, with the publication of her book, “Jewish Roots in Poland: Pages From the Past and Archival Inventories,” she has produced an archival tome that contains over 550 pictures and valuable information on over 1,200 Polish towns.

“World Jewry has had an exploding interest in family history,” Ms. Weiner told the Forward during an interview at an Upper West Side coffee shop. “Archives were closed under communism. This project was developed to publish an inventory of Jewish records that existed before the war — birth, marriage, death, civil records, tax lists, census records, voter lists — all on a town-by-town basis.”

A certified genealogist as well as a licensed private investigator, Ms. Weiner was an ideal person to undertake the task of unearthing and cataloguing what had been a virtual lost ark of forgotten Jewish treasure. Before World War II, Poland was the center of Jewish intellectual and cultural life, aside from being the largest concentration of Jews in the world. Ms. Weiner estimates that 75% of all American Jews can trace at least one grandparent to 1939 Poland, which is essentially why Poland is the mother lode of Jewish genealogiinformation.

But this monumental project began with far less ambition. In 1989, after the fall of communism, the Polish consulate called Ms. Weiner and asked her if she would be interested in bringing American Jews to Poland in an effort to promote Jewish heritage tours with a genealogical focus.

“When individual clients started to call me to help them find information about their families, I realized I couldn’t really help because there was no town-by-town list of records,” says Ms. Weiner, who reads Hebrew and some Russian, which comes in handy when deciphering tombstones. “I had heard that all the documents had been destroyed, but when I first went to Poland and saw how many Jewish records had indeed survived but were uncatalogued and inaccessible for genealogy purposes, something spoke to me and said, ‘You can do this.’”

And she did. But first she retraced her own family history — not in Poland, but in Ukraine. “There was this overwhelming sense of emotion, standing beside all of these unopened books from before the war,” she recounts. “I was in a small town in Ukraine, holding a book that contained the records of my grandmother — the woman for whom I am named.” Ms. Weiner’s grandparents were immigrants to America; she was born in California in 1942 and grew up in Des Moines. Her next project will be a similar book for Ukraine and Moldova, with the third archival and pictorial book anticipated for Belarus and Lithuania. 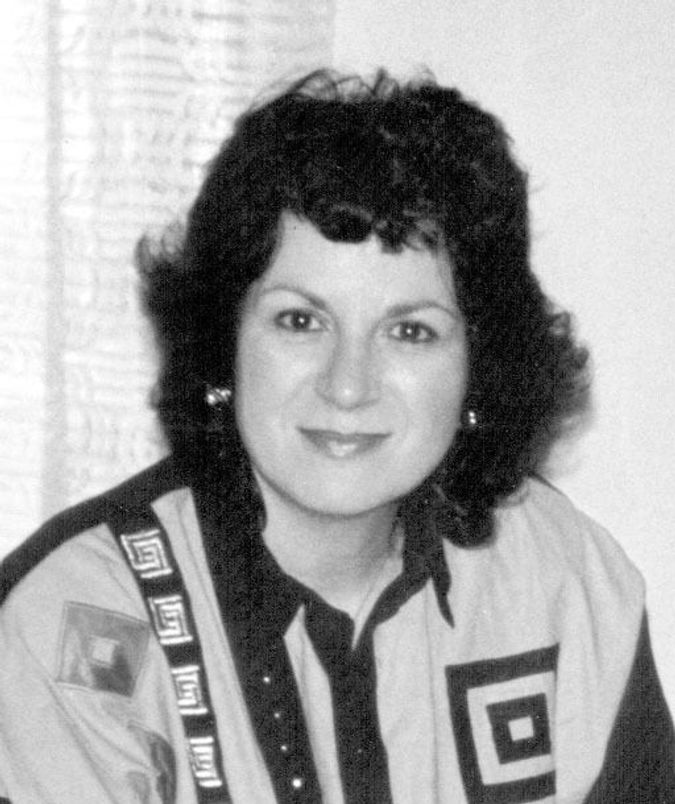 “Jewish Roots in Poland” is user-friendly for those interested in conducting Polish-Jewish genealogical research. There are extensive sections describing various resources, among them shtetls, synagogues, telephone directories, cemeteries and old newspapers. There are maps and photographs of Polish cities, towns and former ghettos, and guides to Polish state archives and Jewish historical institutes, libraries and museums. Finally, there are archives, photographs and documents from concentration camps at Auschwitz-Birkenau and Majdanek.

“When I first assembled the book, I didn’t have an artistic vision,” says Ms. Weiner, who is also a syndicated columnist. “I thought it would just be a book that contained archival inventories. But I also wanted the book to appeal to anyone who had roots in Poland. So, in order to widen the interest and readership, I added color pictures and postcards. I have a collection of thousands of old photographs, some of which the Polish people shared with me.”

“Jewish Roots in Poland” was co-published by the Miriam Weiner Routes to Roots Foundation with the YIVO Institute for Jewish Research. “This book is a very important resource for people who want to delve into the past of their family history,” says Tom Freudenheim, YIVO’s executive dir-ector. “To my know-ledge, there is no other work like it.”

And on the subject of its author, Mr. Freudenheim adds, “You have to be a compulsive and crazy person to want to do this kind of painstaking work. The most interesting projects are done by people who don’t give up and don’t take no for an answer — and that’s Miriam.”

Despite having a gumshoe background and a swashbuckling spirit for adventure, Ms. Weiner seems to have succeeded quite well without having to flex too much muscle in places still somewhat hostile to Jews.

“I tried to be diplomatic, and the mayors of small towns all throughout Poland always seemed to cooperate with me,” says Ms. Weiner, who owns an apartment in Ukraine and drives around in a 1997 Dodge minivan, complete with air-conditioning, refrigerator, sheets, towels and a portable heater. “In fact, these mayors would often drop what they were doing whenever I came to visit. I don’t think I would have ever received such treatment from an American official without an appointment. Perhaps this was because I was the first American Jew to come into many of these small towns since the end of the war. The other reason is that I never discussed property ownership, and the local people did not feel threatened. I was just interested in historical information, and the mayors responded with civic pride.”

Yes, but Ms. Weiner also confessed that she never traveled without bringing gifts to these Polish dignitaries. Nothing really extravagant — a picture book of New York, office supplies (post-its are apparently big in Poland), Barbie dolls, cosmetics — but what Jew would come to someone’s home as an uninvited guest empty-handed?

Perhaps with the publication of “Jewish Roots in Poland” and Jewish renewal inspiring all sorts of detours and sentimental attachments to forgotten pasts, others will be traveling to Eastern Europe as well — not necessarily as Jews bearing gifts, but as Jews finally going home.