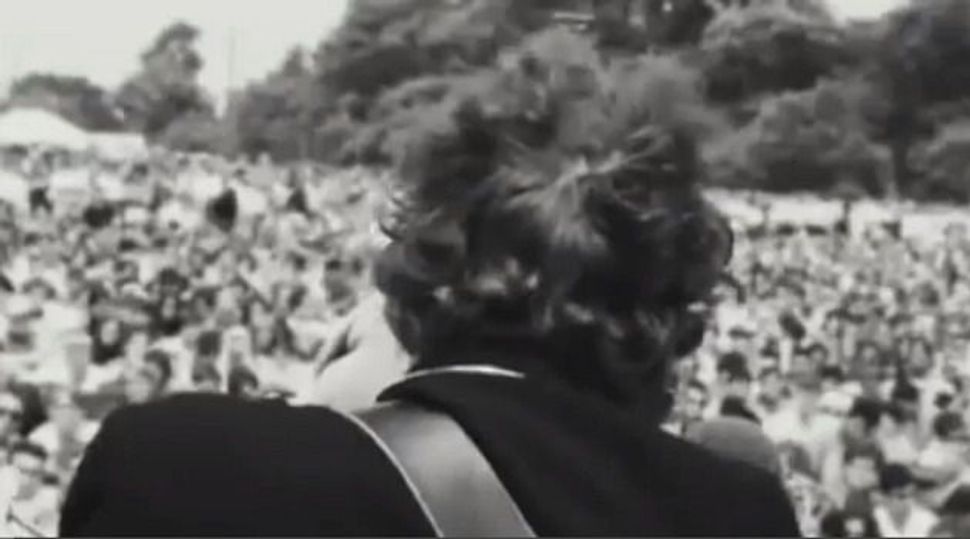 Bob Dylan’s entire 54-year career can be read as one controversy following another. He started out as a traditional folkie who then betrayed tradition by writing his own songs. Then he betrayed the movement when he forsook topical and political protest songs for more personal, poetic musings. Then of course he shocked everyone by abandoning simple acoustic guitar arrangements for full-band rock ‘n’ roll — the whole “Dylan goes electric” nonsense.

When the world went all psychedelic, Dylan became a country-music recluse. When punk-rock thumbed its nose at old rock, Dylan went all-out Las Vegas. When Ronald Reagan became president, Dylan seemed to throw in his lot with evangelical Christianity. And on and on, through selling his soul and his songs to Victoria’s Secret and Apple’s iPod and Chevrolet to “plagiarizing” his lyrics from obscure history books and Japanese yakuza novels to recording albums of pre-rock pop standards – the whole “Dylan goes Sinatra” nonsense – to just plain refusing to stop touring or, it seems, for his sheer refusal to call it a night. It seemed like nothing Dylan could do short of leaving this mortal coil would please the writers and critics who prophesize with their pens and complain about every move he makes.

The latest controversy to erupt is Dylan’s so-called snubbing of his Nobel Prize for Literature. First everyone complained when, in the wake of the announcement of his award, he didn’t immediately drop what he was doing, get down on one knee, and thank a panel of obscure Swedish academics for finally recognizing that he’s been the most influential wordsmith of the past half-century. He didn’t even acknowledge the award or take their phone calls, went the story, immediately framing the 75-year-old Dylan’s own way of dealing with the situation (which was to address the award all in good time, given his brutal touring and recording schedule) as an act of snobbery or worse.

But it didn’t end there, either. No sooner did Dylan give an interview about the award in which he said he was left “speechless” and felt “incredibly honored” by award, and that he would “absolutely” attend the award ceremony “if it’s at all possible,” than did the hound dogs start barking over the lack of respect he’d shown to the Swedish academy by not committing to rearranging his life to be in Stockholm on December 10 to receive the million-dollar check and whatever else you get when you win a Nobel.

Instead of taking Dylan at his word — telling the interviewer that he would “absolutely” attend the award ceremony “if it’s at all possible,” before informing the academy that “he wishes he could receive the prize personally, but other commitments make it unfortunately impossible,” then agreeing to send in his speech — pundits second-guessed Dylan’s motivations, turning it into yet another “betrayal,” as if, say, he released an album of electronic dance music or piano jazz. (Come to think of it, I’d like to hear either one.) While not going to Stockholm simply puts Dylan in the company of novelist Doris Lessing, who was too old to make the trip, playwright Harold Pinter, who was in the hospital at the time, and writer Elfriede Jelinek, who according to the Guardian, “had crippling social phobia,” you’d think he killed someone.

Making matters even worse, Dylan didn’t jet over to the White House where his old pal President Obama held a meet-and-greet for this year’s American Nobel-winners. Dylan’s been no stranger at Obama’s residence — he serenaded the first family at the White House’s Celebration of Music from the Civil Rights Movement — he played “The Times They Are a-Changin’” – in 2010, and returned two years later to accept the Presidential Medal of Freedom.

Sure, the Nobel Prize is a big deal – maybe the biggest of them all. But if Dylan is to be genuinely afforded the honor and respect that the award implies he deserves, then certainly he ought to be accorded the same for his personal reasons for not being able to attend the ceremony.

Besides, the Nobel Prize comes with one string attached — the winner is obligated to give a Nobel lecture, typically within a half-year of the award ceremony, and in Stockholm. As per recent reports, Dylan will be touring Europe next year, including a planned stopover in Stockholm, at which point he may indeed give that talk. As for the members of the academy, they’d better be careful what they wish for. Dylan gave a rambling, score-settling speech last year when he was honored by the MusiCares charity. But even that was no precedent-setting event. Back in 1963, Dylan shocked the audience at the Emergency Civil Liberties Union’s annual Bill of Rights dinner in New York City when, upon receiving their prestigious Tom Paine Award, he launched into a rant that in part attacked members of the audience for being old and in the way, before declaring, just weeks after the assassination of President John F. Kennedy, that he identified somewhat with Lee Harvey Oswald.

Dylan has said more than enough for many lifetimes in his songs. He has consistently shown up in public 100 nights per year on average for the last quarter-century on his “Never Ending Tour.” Yet no matter what he says, does, or sings, controversy follows him at every turn. Which puts me in mind of his 1968 song, “I Shall Be Released,” in which the narrator sings of another, “Standing next to me in this lonely crowd / Is a man who swears he’s not to blame / All day long I hear him shout so loud / Crying out that he was framed.”

Is this any way to treat a Nobel Prize winner?