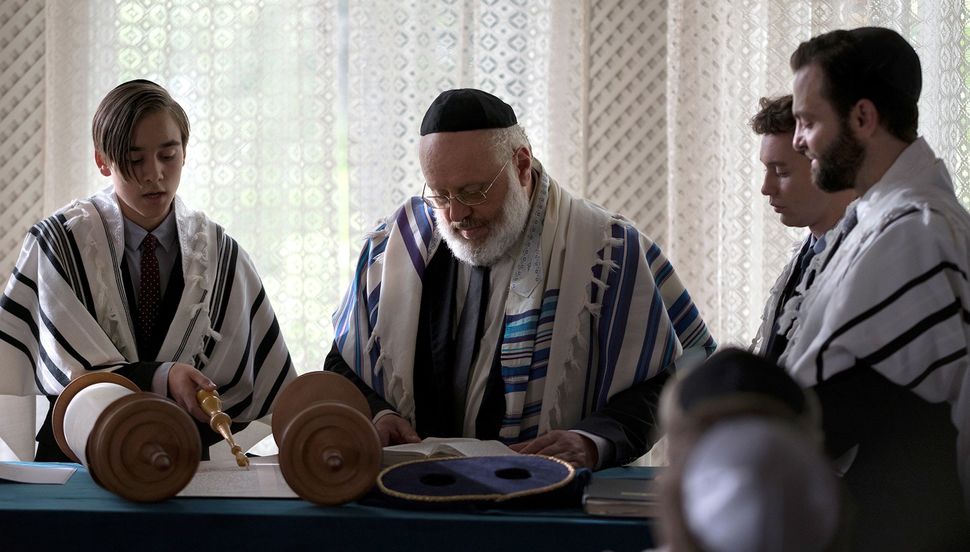 If you walk through a German-speaking town next Sunday night, the odds are that the streets will literally be empty as people stay at home to watch a bar mitzvah on TV.

For Germans and Austrians like me, “Tatort” (“Crime Scene”) is the holy grail of television. It’s the German equivalent of “Game of Thrones,” not in the dragon-fighting sense — spoiler: there are no dragons — but in how popular it is.

The style is “Midsomer Murders” meets “CSI,” but with each episode based in a different location and filmed at feature-length. “Tatort” recently showed its one thousandth episode, making it the longest running German TV-drama ever. Germans can spend hours passionately defending their favorite investigative duo – currently there are 23, all from different cities.

But Sunday’s episode is a first for the show, as it features the bar mitzvah of Kaleb Rubin, son of homicide detective Nina Rubin (played by famous German actress, Meret Becker).

While she is working on a complicated case, Rubin is simultaneously planning her son’s celebration.

The bar mitzvah is officiated by Rabbi Walter Rothschild, an actual rabbi who works in Berlin.

Rabbi Rothschild was initially hired to advise on the religious ceremony, but ended up starring in the episode. 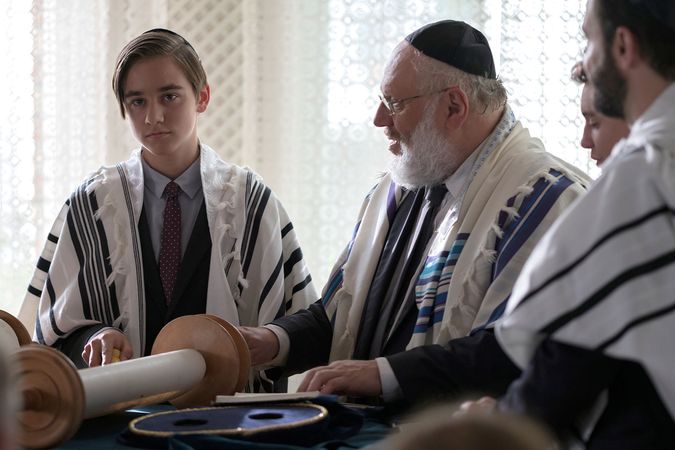 “For me it was important that (at last!) bits of ‘normal’ Jewish life or synagogal life are on German mainstream TV,” Rothschild told the Forward. “And not just gruesome documentaries about the Shoah or lots of oy-oy-oy hasidic dancing or Haredim at the Kotel.”

Asked about his acting adventure, he said, “The main thing was that I was not playing a corpse!” (There are indeed a lot of corpses in any given episode of “Tatort.”)

Rothschild used to be the rabbi for a progressive congregation in Berlin. These days, he runs a small Egalitarian Minyan.

He is no stranger to public performance since, alongside his involvement in memorial work, and book-writing, he plays in a cabaret show and sings in a jazz band called “The Minyan Boys.”

For “Tatort,” Rothschild helped prepare the set and loaned them a Sefer Torah and other religious props for the scene. Filming took place in June.

The crew was very concerned to be respectful, Rothschild told the Forward. “They asked if they should be wearing head-coverings while filming and that sort of stuff.”

“I was able to relax people a bit so they could concentrate on doing their actual work without panicking every time they touched a siddur,” he said.

The actor playing the boy’s father needed some extra coaching, Rothschild remembered. He “was very nervous — should he touch the scroll with his tallit first and then kiss it, or the other way round?”

Eventually he got it right, after the rabbi told him: “Treat it like a woman — first touch, then kiss.”

If you get inspired by Rothschild’s instructions and happen to live in Germany, you can contact the rabbi through his website – for an off-screen real life bar- or bat mitzvah.

WATCH: Making of the bar mitzvah scene (in German)

The “Tatort” episode will air December 11, on the German Channel 1. You can find some more information about it .