In Poland, Artistic Excavations Reveal a Lost World of Jews 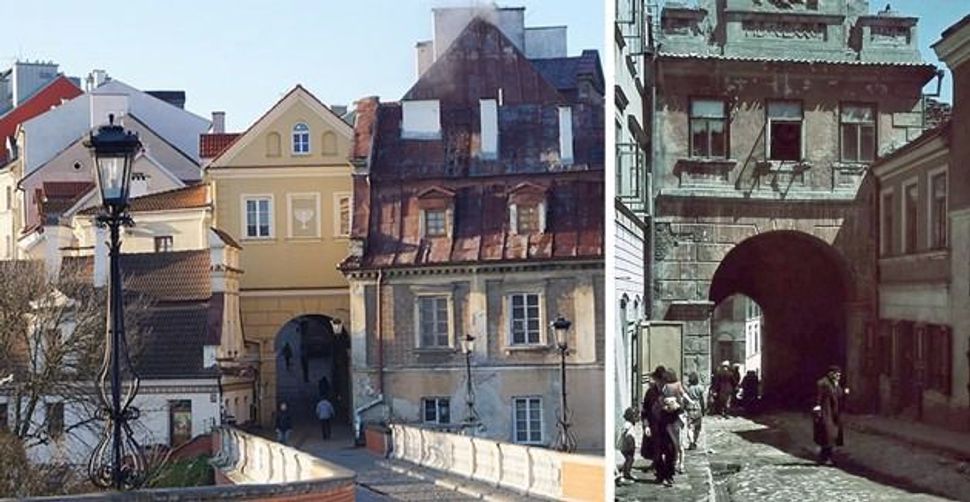 Right: The Grodzka gate which separated the Jewish and Christian sections of Lublin, 1942. Left: The Grodzka Gate Center, which is dedicated to preserving the memory of the city’s former Jewish residents. Image by COURTESY OF ROOTKATOURS/COURTESY OF TEATRNN.PL

This article, which originally appeared in the Forverts, is one of a four-part series by Barbara Finkelstein about her recent trip to Poland.

The Grodzka Gate Centre in the city of Lublin came into being in the early 1990s, when Tomasz Pietrasiewicz, a physics student, set out to establish an independent theater in the Grodzka Gate neighborhood. Unbeknownst to him, the neighborhood’s namesake gate, now an archway, had been the de facto “mekhitse,” or partition, between Jewish and Christian Lublin since it was erected in 1342.

“We didn’t realize that the Gate leads to this non-existent town, a Jewish Atlantis,” Pietrasiewicz explained on the Grodzka Gate Centre website. Pietrasiewicz extended the Centre’s artistic space at Grodzka 21 to include an “education and animation lab” that seeks, literally and figuratively, to unearth Jewish Lublin. 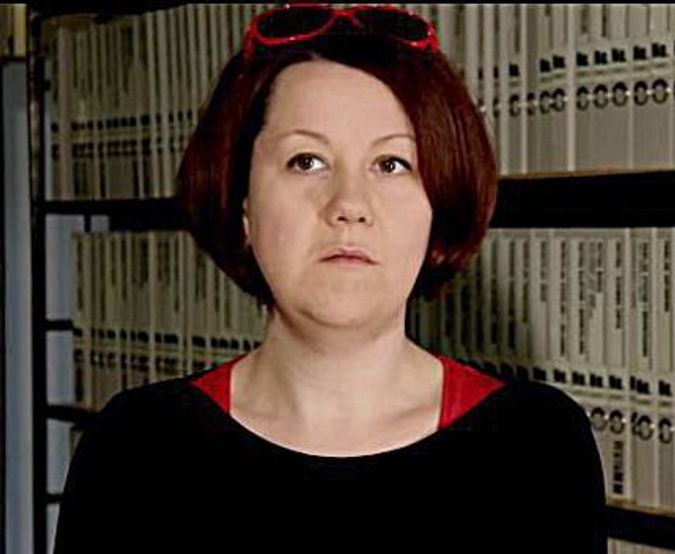 Wioletta Wejman, the historian who interviewed Jerzy “Jurek” Skarżyński as part of an oral history project about the city’s former Jewish residents. Image by COURTESY OF TEATRNN.PL

Among GGC’s excavation projects is an oral history program called the Program Historia Mówiona. Long-time oral historian Wioletta Wejman, who has produced projects such as “Saved From Oblivion: Krystyna Modrzweska” and “Lights in the Darkness: Righteous Among the Nations,” recently interviewed poet and engineer Jerzy “Jurek” Skarżyński, a native son of Uchanie in Lublin Province. In August 2016, two photographs that 21-year-old Skarżyński took of the deportation of Uchanie Jews became part of the Lublin historical record.

In a Grodzka Gate Centre blog post, Wejman asked Skarżyński if he recognized anybody in the photographs.

“‘They were my friends,’ Skarżyński tells her. “‘They stood helplessly with bundles. Small children held their mothers’ hands. There was an ominous silence.’”

The Grodzka Gate Centre’s other projects, or, as Pietrasiewicz calls them, “artistic actions,” include the following.

Pietrasiewicz created a library of 43,000 files, one for each pre-war Lublin resident, containing names, photographs, and other relevant documents. The files are stored at the Grodzka Gate Centre in some 900 folders. 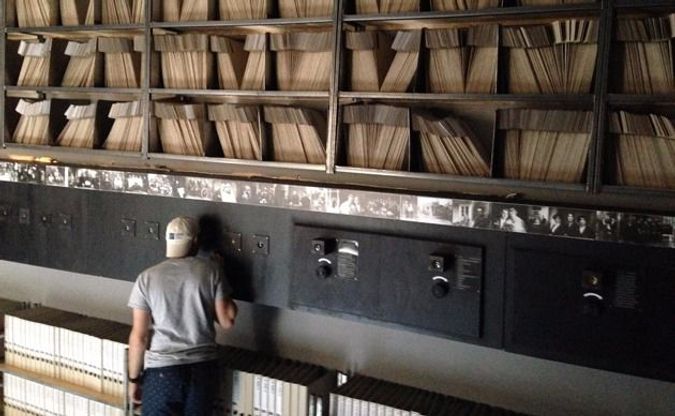 The author’s son at the library with 43,000 folders, where information is being collected to preserve the memory of every Jew who lived in Lublin before the Holocaust. Image by BARBARA FINKELSTEIN

Every April, the Grodzka Gate Centre organizes Polish schoolchildren to send letters to Henio Zytomirski, a six-year-old Jewish boy who lived at 11 Kowalska Street until his deportation to the Majdanek death camp in November 1942. Poczta Polska, the Polish postal service, returns them with “undeliverable” stamped on the envelope. 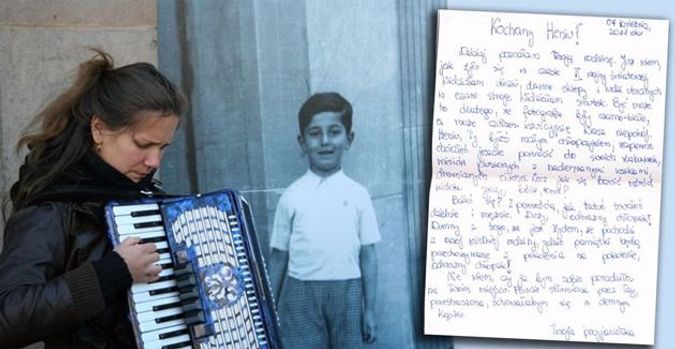 A photo of Henio Zytomirski, a six-year-old boy in Lublin who was deported to Majdanek in November 1942, alongside one of the letters that a Polish pupil sent him as part of the Grodzka Gate Centre’s memorial project in his memory. Image by COURTESY OF TEATRNN.PL

Pietrasiewicz and a team of software developers constructed 3-D Google Earth views of Lublin in the 14th, 16th, 18th and 20th centuries. For 1930s Jewish Lublin, the team based their schema on old photographs, many of them taken by an unknown Jewish photographer who likely met his end at Majdanek.

The Grodzka Gate Centre website hosts an archive of digitized books printed by Lublin’s former Jewish printing houses. A first edition of the “Babylonian Talmud” (1559-1577) and Szlomo Baruch Nisenbaum’s “History of Jews in Lublin” (1899, 1920) are among the online treasures.

Barbara Finkelstein is presently working on a book about mental illness and housing in the Bronx.

In Poland, Artistic Excavations Reveal a Lost World of Jews