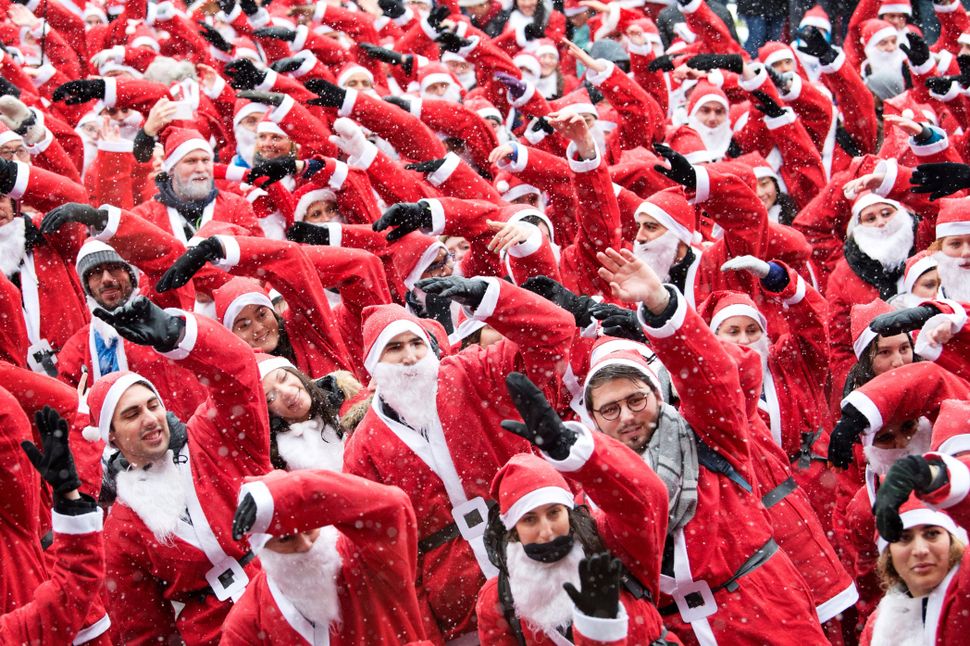 Steve Lawrence’s better half went south of the border for this festive 1966 collection of Spanish-language Christmas songs.

Folk/jazz mandolinist Grisman and his string band serve up swinging instrumental renditions of secular and traditional Christmas carols on this 1983 LP.

Klezmonauts — Oy to the World An upbeat and irreverent 1998 collection of traditional and original Christmas songs, perfect for decking the halls with boughs of challah.

Mel Torme — Christmas Songs Forty-seven years after writing “The Christmas Song” with Robert Wells, Tormé finally got around to recording an entire album of Christmas tunes in 1992. It was more than worth the wait.

Lennie Weinrib — Have a Jewish Christmas? A 1967 comedy album written by Ray Brenner and Barry E. Blitzer, featuring eight hilarious sketches about the conflicts faced by Jews as they try to get into the Christmas spirit.

John Zorn — Dreamers Christmas Avant-grade composer and saxophonist Zorn plays it more “straight” than usual on this atmospheric and addictive collection of Yuletide classics and originals from 2011.