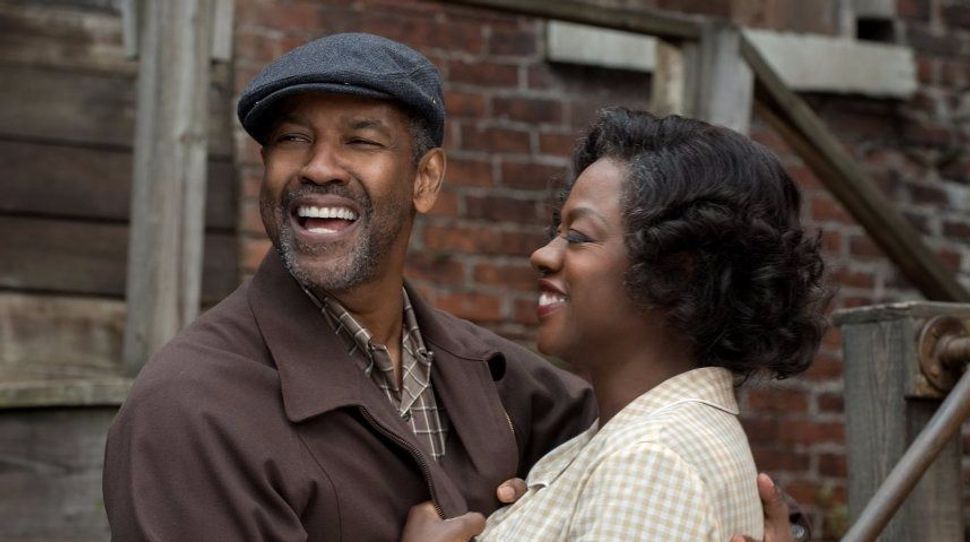 The long-awaited film version of Pulitzer Prize-winning playwright August Wilson’s “Fences” opens nationally on Sunday, December 25. The movie is being touted as Oscar bait for Denzel Washington, who both stars in and directs the film, and for his co-star Viola Davis. (The film reprises their roles in the 2010 Broadway revival of this Pulitzer- and Tony- award-winning drama.) It could also potentially garner Wilson, who died in 2005, a posthumous award for best adapted screenplay.

The movie took so long to make, partly owing to Wilson’s insistence that it be directed by an African American. When Washington finally surfaced as a potential director as well as star just a few years ago, the project was given the green light, and the tragic story of an African-American family trying to hold things together in the 1950s will finally reach the mainstream audience it deserves, along the way introducing Wilson’s work to the largest audience it has ever enjoyed.

Wilson devoted the entirety of his playwriting life to chronicling African-American life in the 20th century. His so-called Pittsburgh Cycle — he grew up in Pittsburgh, and all but one of his plays are situated there — includes 10 plays, one for each decade (the Pittsburgh Cycle is sometimes called the Century Cycle). It was a conscious effort on the part of the playwright to expose theater audiences — whom he knew would be overwhelmingly white — to black characters in situations and in language that were particularly black, with only a few incidental white characters. It wasn’t so much race relations he wanted to portray, but rather the majesty, dignity and, yes, the indignity of black life in America.

Wilson felt a strong kinship with Jews and their history of slavery, and the ways in which they dealt with that history until this day touched him strongly. Here are 6 things about Wilson that you probably didn’t know.

1) Wilson’s mostly absent father, Frederick August Kittel Sr., was a German immigrant who married Daisy Wilson, an African-American domestic whose mother had walked all the way to Pennsylvania from North Carolina to get out of the South. When it came time to put a name to his work, the young Frederick August Kittel Jr. honored his mother and his maternal family lineage, and dubbed himself August Wilson.

2) Young August was faced with the same dilemma that other aspiring writers and creative types of his generation had to confront when his strong-willed, education-minded mother laid down an ultimatum: Go to law school or get out of the house. He left home, and the rest is history.

3) Wilson’s 1982 play, “Ma Rainey’s Black Bottom,” is one of the few that contains significant nonblack characters. Based on the story of the historical blues singer of the title, the play takes place over the course of a troubled session at an unnamed recording studio on Chicago’s South Side, owned by a difficult character named Mel, whose eye is always on the clock and the bottom line. It’s only through the intervention of Ma Rainey’s manager, Irvin, that Mel sees the session through to the end. Although neither Mel nor Irvin is ever explicitly referred to as a Jew, their names and the history of jazz managers and studios of that place and time would lead one to assume they are Jewish. It has also been suggested that in the original script there was a non-derogatory reference to Irvin as Jewish, but Wilson removed it nevertheless after some grumbling on the part of friends and audience members. For what it’s worth, Irvin is probably the most sympathetic character in the play.

4) Wilson himself enjoyed the unending support of his own Jewish impresario. Benjamin Mordecai, a former managing director of Yale Repertory Theatre, produced 10 of Wilson’s plays on Broadway, off-Broadway, regionally and in London’s West End. He shared with Wilson a commitment to serious drama that increasingly went against the grain of the bottom-line-obsessed Broadway industry. Wilson couldn’t have asked for a more loyal and sympathetic champion. The two died within months of each other in 2005, both at age 60.

5) In an interview with Bill Moyers, Wilson recounted his first Passover Seder and how moved he was by the framing device of “We were slaves in the land of Egypt” at the beginning and “Next year in Jerusalem” at the end. “But they were constantly reminding themselves of what their historical situation had been,” Wilson said. “I find it criminal that after hundreds of years in bondage, we do not celebrate our Emancipation Proclamation, that we don’t have a thing like the Passover, where we sit down and remind ourselves that we are African people, that we were slaves…. Part of the problem is that we don’t know who we are, and we’re not willing to recognize the value of claiming that, even if there’s a stigma attached to it.”

6) Author Samuel G. Freedman has pointed out that in the plays “Joe Turner’s Come and Gone” and “Gem of the Ocean,” characters relate visions of “bone people,” a reference to the famous passage in Ezekiel 37, when God commands Ezekiel to prophesy over a pile of dry bones, and they join together and come to life as human forms.

7) In an early one-act play called “The Janitor,” the title character gives an imaginary speech (there’s no one there to hear him, other than the audience) in which he says that he is “wrestling with Jacob’s angel.” “The reference, of course, is to the Biblical patriarch, who is subsequently given the name “Israel,” which means “wrestling with God.” It’s been suggested elsewhere that Jacob’s situation and the metaphor surrounding it is the plight of all of Wilson’s lead characters. In that sense, this most African American of playwrights may also be one of the most Jewish playwrights of his time.

Seth Rogovoy is a contributing editor at the Forward and the winner of a 2016 Simon Rockower Award for Excellence in Arts and Criticism from the American Jewish Press Association.