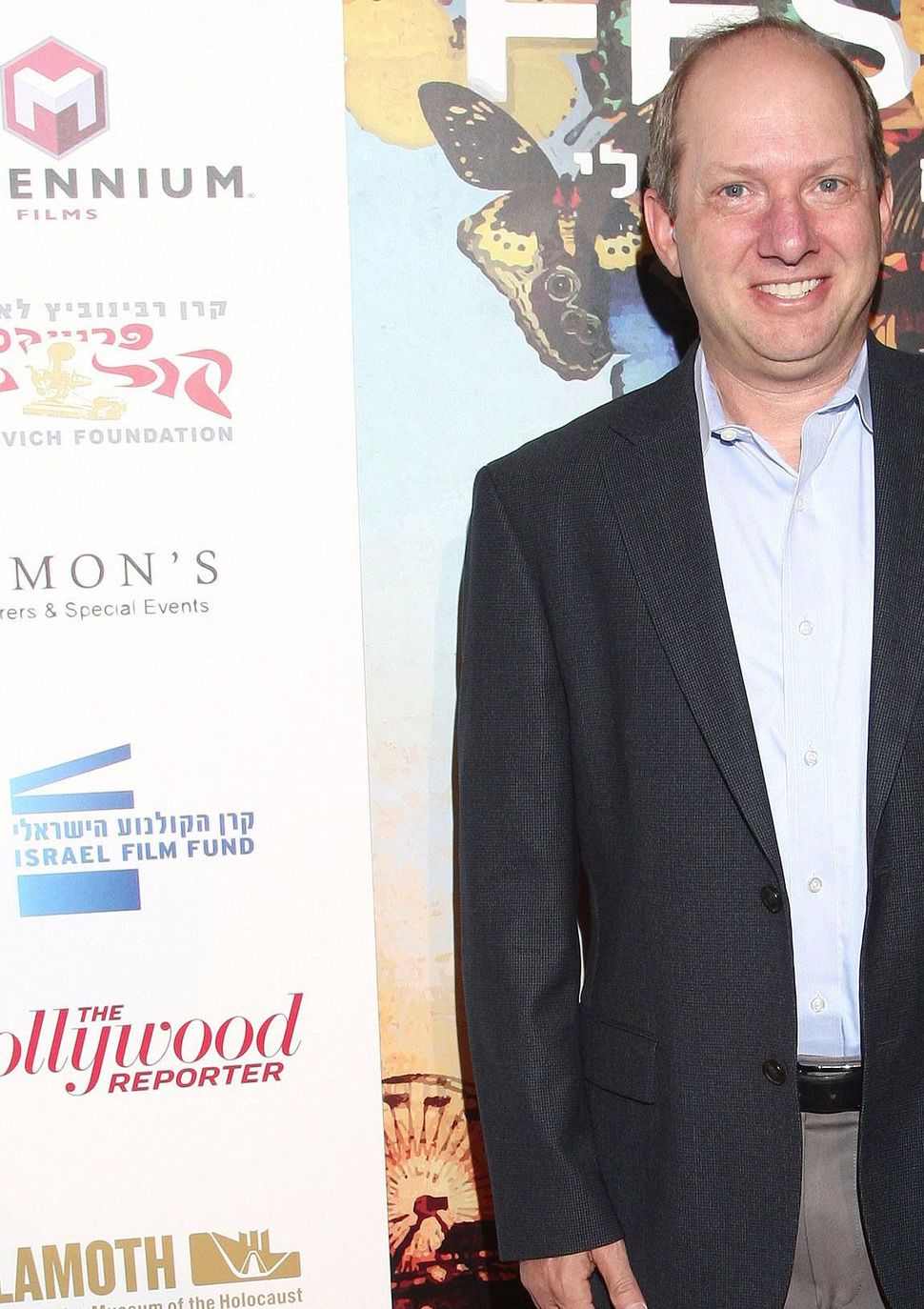 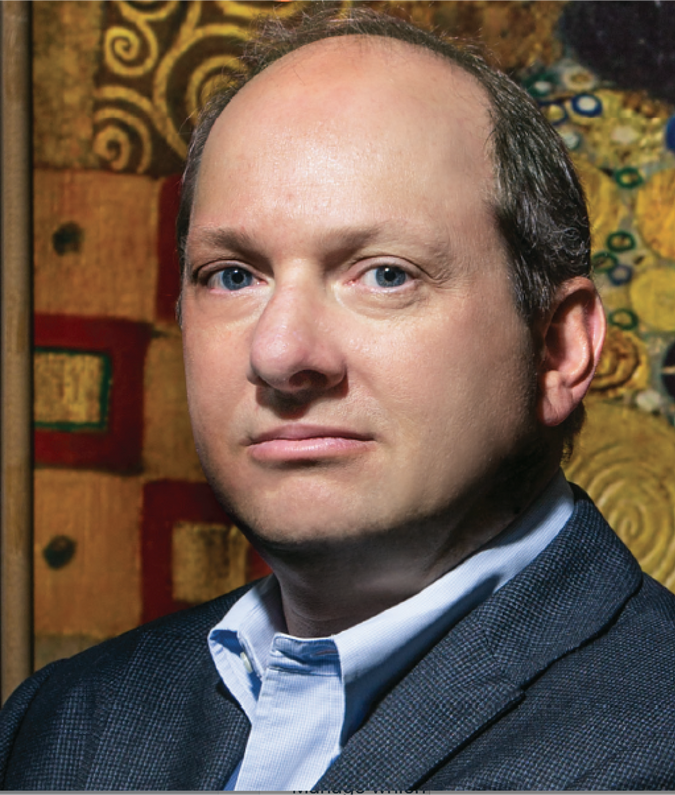 Los Angeles-based lawyer E. Randol Schoenberg is best known for his work on the restitution of art stolen during the Holocaust; his quest to assist the late Maria Altmann regain Gustav Klimt paintings belonging to her family from the Austrian government was dramatized in the 2015 film “The Woman in Gold,” in which he was played by Ryan Reynolds.

His latest legal effort has the potential to become similarly high-profile, but given his background in art and cultural property law, the subject might come as a surprise. It’s the FBI’s highly public investigation of Anthony Weiner’s laptop for evidence of criminal wrongdoing by Hillary Clinton associated with her use of a private email server during her tenure as Secretary of State. No such evidence was found.

Schoenberg’s concern is with the search warrant issued to allow that investigation. Under the Fourth Amendment, such a warrant can only be issued if a party is able to demonstrate probable cause; in other words, a likelihood that the object to be investigated contains evidence of criminal behavior. Given the highly politicized nature of the FBI’s decision to revive its investigation into Clinton’s emails shortly before the presidential election, Schoenberg believes the public has a right to know what probable cause was given to justify the search. As the Forward reported on December 13th, his motion to have the court that issued the search warrant release it to the public is in preliminary hearings.

Speaking with the Forward over the phone, Schoenberg, the grandson of famed composers Arnold Schoenberg and Erich Zeisl, shared details of his hopes for the case and discussed his legal career.

In a blog post you wrote about filing a Freedom of Information Act (FOIA) request to have the warrant released, you wrote that its disclosure might possibly lead to Trump’s impeachment. Short of that outcome, what do you hope to achieve? What do you think might be feasible to achieve?

That’s a little bit exaggerated. On the other hand, I’m old enough to remember Watergate. What was Watergate? It was a plot where they went and bugged the DNC. The burglars got caught. So then the question was, how far up does it go? There was a cover up.

Let’s say that somewhere in the FBI someone did something wrong, an informant who gave wrong information. So someone lied, that would be a crime, and the question is who else conspired in that crime, and where does it lead. There’s not may degrees of separation between Trump and those people collecting information at the FBI. It’s not outside of the realm of possibility that they were involved in encouraging the FBI to pursue this ultimately incorrect action. That’s what I was thinking when I wrote that, which is who knows where this all will lead? These types of things have in the past led to very serious repercussions.

What are the most important things the public ought to know about its ability to hold the FBI accountable, and the impediments it might face in attempting to do so?

I think the important thing to remember is that the public does have a right to access court documents. When there’s a search warrant, for example, and it gets returned, we have a right to check and make sure the government did things properly.

Again, there are two prongs to this. One is that you can request things from the government under the FOIA. The other is, in the case where there are court documents, you can petition to have access to those documents. It happens even in civil cases. Sometimes the parties will stipulate to seal a settlement agreement, and sometimes outside people will go and say “hey, just because you don’t want anybody to know doesn’t mean that I can’t have access.” There is an ability that citizens have to access court documents.

For whatever reason I got fixated on this issue of the search warrant, so I just felt like there was no one else doing this and I should be the one to go ahead and do it because I knew it could be done. Any citizen could do that.

You’re well known for your work on Holocaust reparations. Do you have previous legal experience working with FOIA and/or the FBI?

I’ve done a lot of FOIA requests before over the years, on various issues. I once went and asked for files on my grandfather and other musicians and people who came over in 30’s and 40’s fleeing the Nazis. There’s a story that the FBI came and asked my grandfather [Arnold Schoenberg] questions at one point about his students, and I wanted to confirm that. The FBI records did not mention the FBI interview of my grandfather about his student Hanns Eisler. But my aunt remembers the visit clearly. My grandfather showed them a book on the history of philosophy written by Eisler’s father Rudolf. The agent said “let’s see if it mentions Marx.” Eisler and Bertholt Brecht were called to testify before the House Un-American Activities Committee and forced to leave the country. It’s a famous episode in that terrible history.

What previous cases do you believe set precedent for this one?

There are a number of cases dealing with the right of public access to court documents. Most of the time they’re dealing with the subject of the search objecting. There’s a case involving New York search warrant wiretap; they ultimately didn’t charge the person because he made a plea deal. The press wanted to see a search warrant and the criminal said “no, it’s going to violate my privacy,” and the court said “no, the public has a right of access.”

The anthrax case answers what happens when the FBI makes a mistake. Long, long investigation, took years. Initially they leaked out they were suspicious of this one professor, got multiple search warrants against him, and then it turned out it wasn’t him. After that happened the press went in and asked to see that search warrant and the government objected. The government can’t do things and make mistakes and sort of cover it up. The court said “no, the public has a right of access, the press has a right of access.”

Neither the subject nor the FBI have a right to keep this from the public.