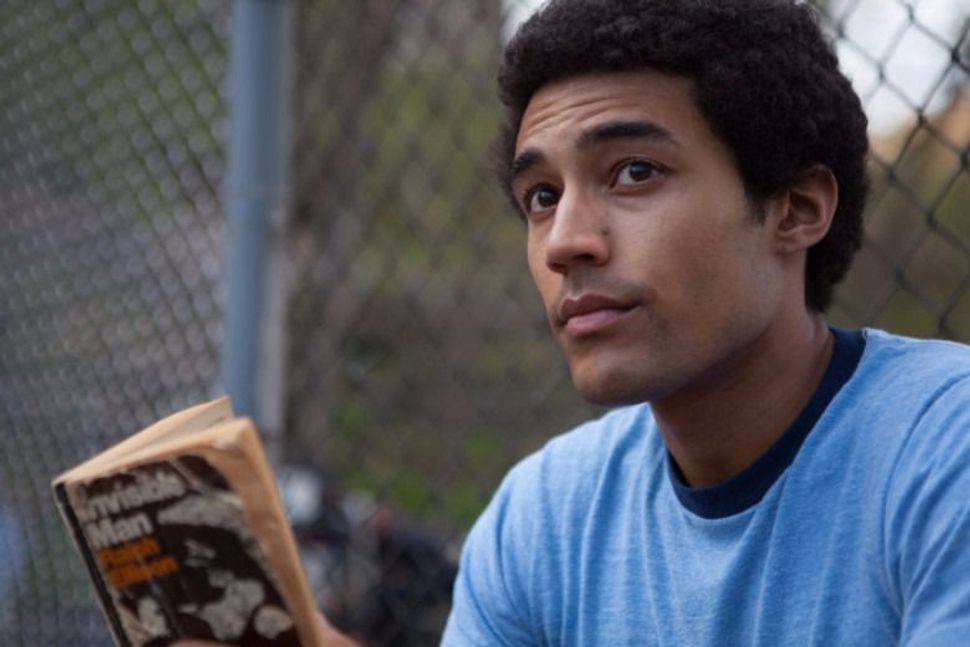 The man who famously begged his toddler to Go the Fuck to Sleepis back with a project that sounds Presidential by comparison.

That’s not a slight; Adam Mansbach’s the screenwriter behind “Barry,” a new film about a bookish Columbia junior who – one day – will become the 44th President of the United States.

As a 20-year-old “Barry” Obama navigates life on campus, Mansbach and director Vikram Gandhi use intimate encounters to illustrate big themes, from Obama’s search for belonging to his unending negotiation of identities.

Barry, which premiered in New York this week, will debut as a Netflix Original on Friday. The Forward caught up with Mansbach, recently nominated for an Independent Spirit Award and an NAACP Image Award for the screenplay, from his home in Berkeley.

Would “Barry” have looked different if you and Vikram had known who was going to win the election?

We were just talking about that. On the one hand, the story’s as we want to tell it; what’s happening now doesn’t change who we believe Barry was. On the other hand, I might have brought other things into sharper focus. There’s an antagonist in the movie named Thad, a conservative white guy. We tinkered with how much of a dick to make him. Vikram said that if he’d known who was going to win the election, he’d have made Thad more of a dick.

What surprised you about Barry himself that you learned in writing the screenplay?

One of funniest things I learned, and a big engine for writing the movie, is a character in the film called Saleem, who’s a composite character in [2005 Obama memoir] “Dreams from My Father.” Vikram had sent me an interview with the guy, who was a disheveled guy on an ugly couch in the picture. He talked about his old friend Barry with disappointment, like, “I remember when he was cool. He got superlame. He stopped drinking, and turned into a real drag. I couldn’t get him to chase girls with me.” Avi Nash, who plays Saleem in the movie, is incredibly funny. On the set, we were joking about a sequel – “The Further Adventures of Saleem.”

What did you learn from Go the Fuck to Sleep that might have applied to “Barry?”

Audacity pays. Making a movie about the early life of a sitting president – there’s audacity to that. GTFTS taught me to go with my instinct of what I thought was resonant. And not to be afraid to take risks.

Can you see yourself making a similar movie about Trump someday?

Definitely. It would be Fred and Donald collecting rent and blocking black tenants. Something like “Star Wars,” where you get to see where Darth Vader came from, but less sympathetic.