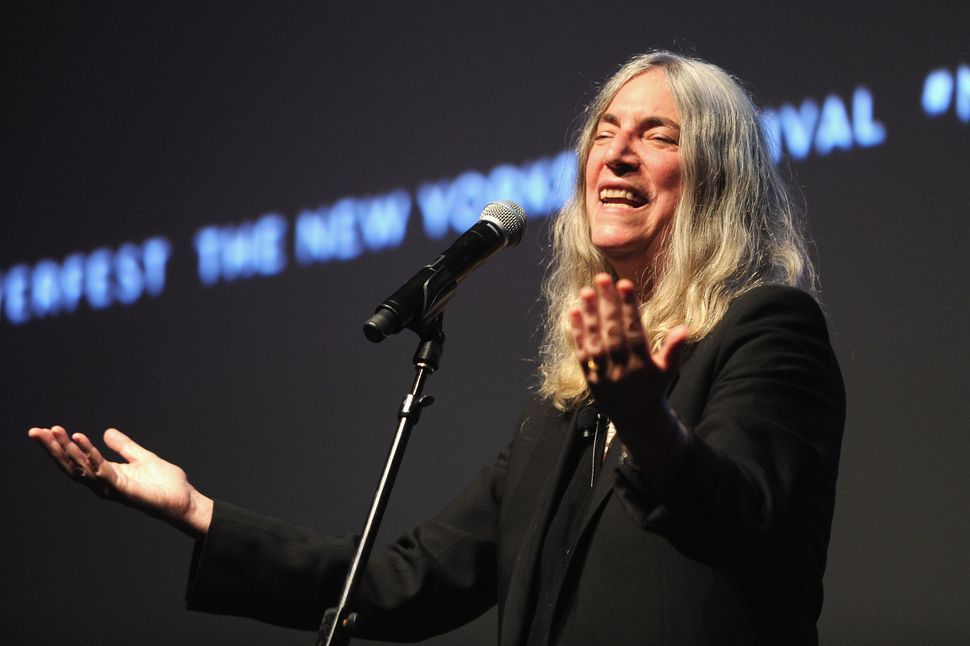 Singer and writer Patti Smith made a surprise appearance at MoMA on Sunday, December 18th, delighting visitors both tipped-off and caught unawares. As The New York Times’ Jonah Engel Bromwich reported, Smith’s performance, during which she read a selection of her poems and performed four songs, was her latest in a string of near-yearly tributes at the museum to the late French playwright and novelist Jean Genet.

Among the highlights, we have confirmed that Smith sang the yearning Barbra Streisand classic “Papa Can You Hear Me” from “Yentl.” We haven’t tracked down any video of the performance. Until we do, we can revisit Streisand’s performance in her 1983 film adaptation of Isaac Bashevis Singer and Leah Napolin’s play, below.