How Intermarriage Sparked Some of Einstein’s Greatest Discoveries 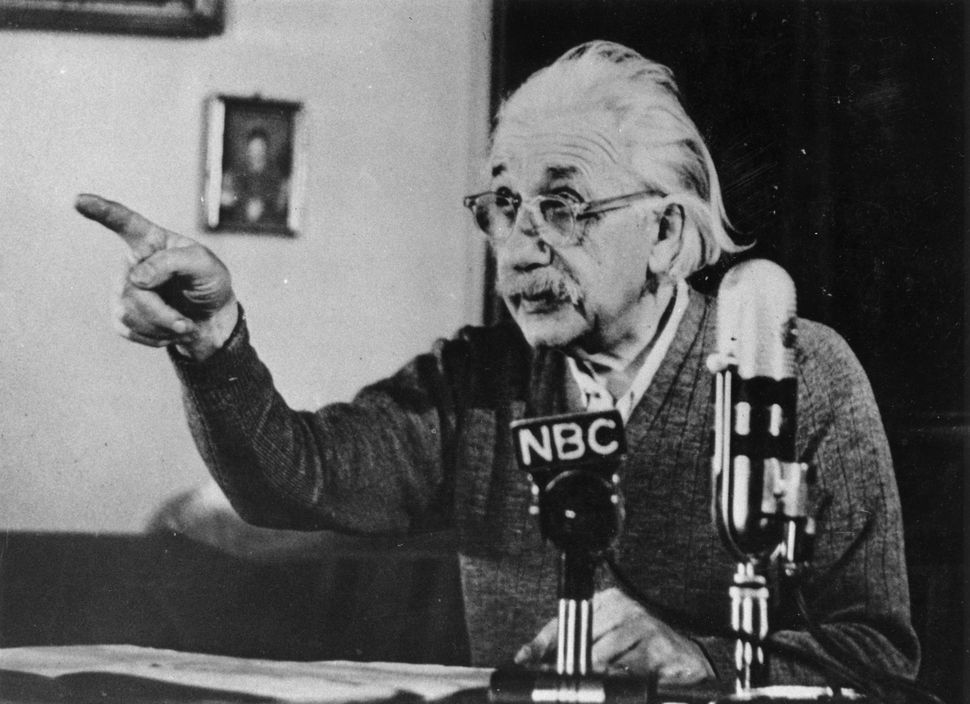 Albert Einstein is remembered as one of modernity’s (and Judaism’s) great geniuses. But, according to a recent article from Scientific American, many of Einstein’s most influential works were not the products of his individual genius, but rather born from intellectual collaborations with his first wife, Mileva Marić. The article (and the letters and biographies discussed within) asserts that Marić, herself a brilliant physicist, was responsible for jumpstarting the young Einstein’s career.

Einstein and Marić met while attending the Polytechnic Institute in Zurich and quickly established a romantic and intellectual partnership. Though Einstein intended to marry Marić, he refused to go through with the engagement until he landed a job. Despite both Einstein and Marić’s efforts (they co-authored a paper, but published it only under Einstein’s name), he was consistently denied university employment (according to the article, Einstein suspected a “Professor Weber” from blocking his career), but eventually landed a job at a patent office, allowing him to finally marry.

Their marriage saw them continue their intellectual partnership, with Marić reportedly playing a large role in the development of the theory of special relativity, among other famous scientific achievements credited exclusively to Einstein. Despite their collaboration, mutual admiration eventually gave way to pettiness and divorce (and more subsequent pettiness) –  Einstein had an affair with his cousin, and eventually, after 11 years of marriage, their relationship ended.

The marriage of Einstein and Marić is not just a story of intellectual collaboration, but also a story of religious intermarriage, a side of the story that is hardly addressed in the Scientific American article. On the eve of the eve of Christmukkah (an intermarriage of its own sort), it’s interesting to note that one of the most celebrated figures in Jewish history owes much of his legacy to his marriage to a non-Jewish woman from Serbia.

How Intermarriage Sparked Some of Einstein’s Greatest Discoveries