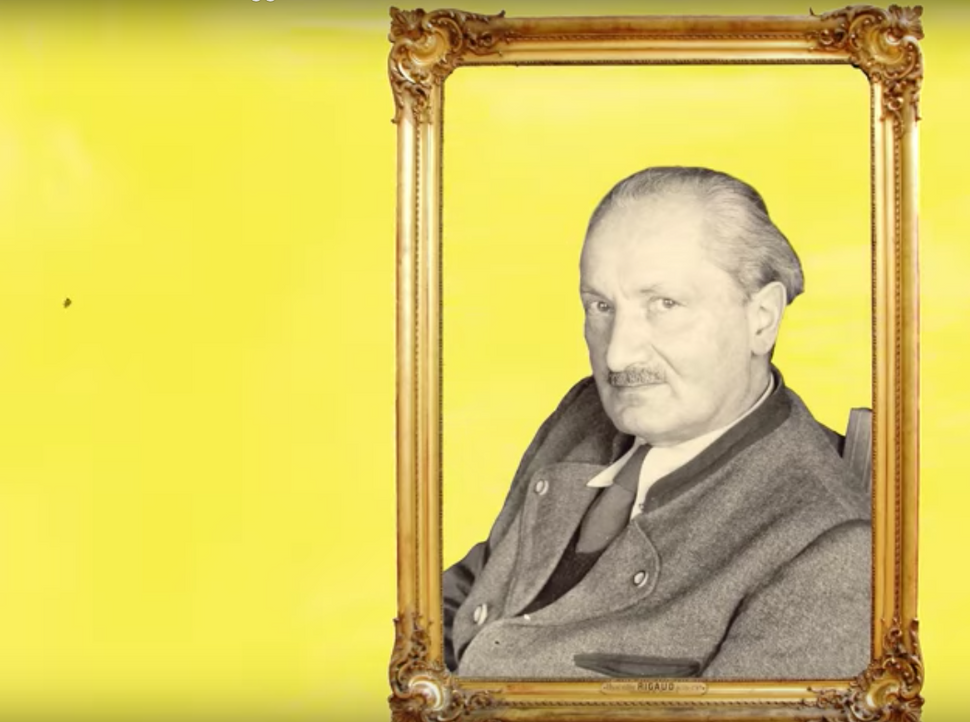 Martin Heidegger, the much celebrated and much maligned German philosopher, is back in the news. As it turns out, his Naziism and anti-Semitism run far deeper than originally thought (we already knew it was bad, but it’s gotten worse).

The Los Angeles Review of Books recently published a review (a translation of a piece that originally appeared in the German publication Die Zeit) of “Heidegger and Anti-Semitism” (recently published by Verlag Herder) which includes the newly available correspondence between Martin and his brother Fritz.

According to reviewers Adam Soboczynski and Alexander Cammann, Heidegger spent much of the correspondence (unsuccessfully) trying to convince his brother of the merits of National Socialism and Hitler. The duo writes that after 1934, it became apparent that Heidegger had failed in winning his brother over to the Nazi Party and Heidegger’s overt references to Naziism stopped. What remained however, was Heidegger’s fervent anti-Semitism.

Heidegger is considered by many to be the most important philosopher of the 20th century for his contributions to the fields of phenomenology and existentialism, as well as his lasting influence over a generation of European intellectuals (not least, Jean-Paul Sartre, who famously read Heidegger’s seminal “Being and Time” while imprisoned by the Nazis). His work had previously come under intense scrutiny (different from the usual philosophical scrutiny) due to the publication in 2014 of “The Black Notebooks,” private journals in which Heidegger jotted down his various musings.

Although it had always been known that Heidegger was a member of the Nazi party, intellectuals had previously dismissed his Naziism alternatively as a mistake, opportunism, or obliviousness. (The most famous example of these dismissals, perhaps, is that of Jewish philosopher Hannah Arendt — her book, “The Origins of Totalitarianism” is having a bit of a moment — who was both Heidegger’s former student and lover).

“The Black Notebooks,” however, revealed that Heidegger’s Naziism could not be dismissed. He indulged in all of the most pervasive anti-Semitic tropes, paying particular attention to the idea of a global Jewish conspiracy. For instance, during World War Two, he wrote that “World Judaism” “is ungraspable everywhere and doesn’t need to get involved in military action while continuing to unfurl its influence, whereas we are left to sacrifice the best blood of the best of our people.”

Heidegger’s correspondence with his brother reaffirms many of the discoveries from the Black Notebooks, which were written in roughly the same time period. In a letter from 1932, Heidegger insinuates that the Von Papen Government (which briefly held power in Germany in 1932) was a Jewish conspiracy and derisively equates Jews with “Big Capital.” Statements like these only further the increasingly strong case that Heidegger’s anti-Semitism and belief in Nazi ideology were not mistakes –- they were true and committed.

To what extent did Heidegger’s anti-Semitism infect his philosophy, and to the extent that it did, what is his philosophy still worth? Soboczynski and Cammann believe that, in light of “The Black Notebooks” and his correspondence with Fritz, Heidegger has become “both a scholarly and moral disaster.”

For a more in depth discussion of the question, however — and one that draws slightly more tempered conclusions — read Peter E. Gordon’s October, 2014 essay in the New York Review of Books. Most telling is Gordon’s discussion of Heidegger’s strange brand of metaphysical anti-Semitism. (Metaphysics is a branch of philosophy that deals with, among other things, the nature of existence). He writes, “The entanglement of Heidegger’s anti-Semitism with his philosophical critique of Western metaphysics should give us pause. At the very least it suggests that when he philosophized in a minor key about the modern age and the ‘abandonment of Being,’ he was also thinking of the Jews as symptoms of this misfortune.”

While Heidegger and his work are becoming increasingly difficult to defend, the philosopher is so entrenched in the Western philosophical canon that debate regarding the continued viability and validity of his thought will likely continue for years to come. In their review of “Heidegger and Anti-Semitism,” Soboczynski and Cammann write that Heidegger sent his brother a copy of “Mein Kampf” for Christmas, explained that Hitler would be exciting and transformative for the “Reich,” and decried the expulsion of Germans from Eastern Europe as a crime worse than the Holocaust.

Perhaps most striking, however, is a letter written by Fritz Heidegger in which he states, damningly, “I don’t know if it is pure delusion or not: Some of Hitler’s postures and his gaze in current pictures often remind me of you.”