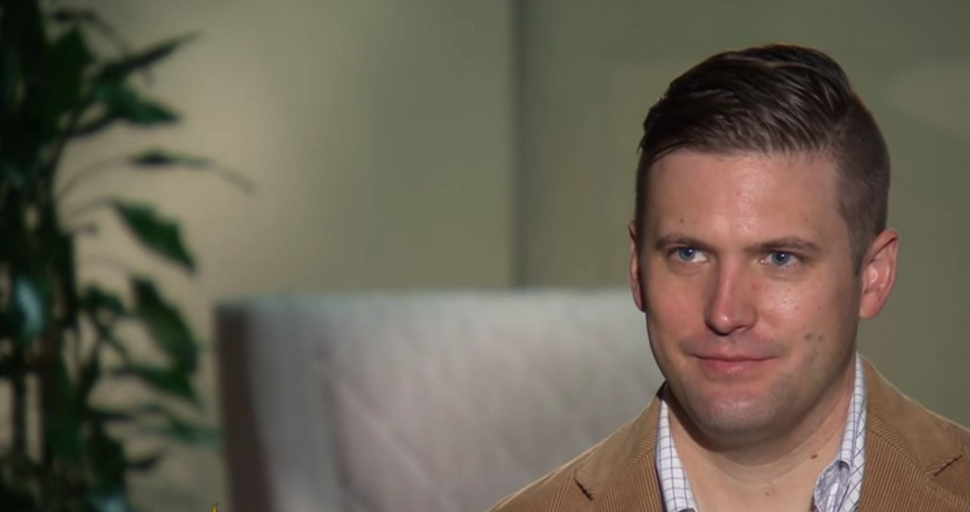 There’s lots to be puzzled by when it comes Richard Spencer, popularizer of the term “alt-right,” the label preferred by contemporary white supremacists. Given that white Europeans colonized America (brutally, we might add), how does he justify thinking the country fundamentally belongs to them? As certain press outlets — in moves of misjudgment that seem almost farcical — recently questioned, how can he be so vile, yet look so dapper? And, seriously, how does an anti-Semite build a philosophy of white nationalism — at least to some extent — on the study of Jewish philosophers?

That last question is difficult to answer, because much of Spencer’s writing on those philosophers — Theodore Adorno, on whom he wrote his thesis in a master’s program in the humanities at University of Chicago, Leo Strauss, and the heavily Jewish Frankfurt School of whom Adorno was a part — is inaccessible.

What we know comes primarily from Josh Harkinson’s October profile of Spencer for Mother Jones. In Spencer’s eyes, Harkinson wrote, Adorno — a music critic and composer, as well as a philosopher — “was afraid to admit how much he loved the music of Wagner because Wagner was an anti-Semite championed by the Nazis.”

“If you looked at what I was doing, there was a clear interest in radical traditionalist right-wing German philosophy, a semi-fascist type thing,” Harkinson quoted Spencer as saying. “But there was always plausible deniability to it all.”

Ditto for Strauss, a German Jew of purportedly fascist inclination to whom, Harkinson passingly mentioned, Spencer was drawn.

As to the Frankfurt School, whose prominent members, in addition to Adorno, included Walter Benjamin, Max Horkheimer, and Eric Fromm, Spencer discussed their impact on contemporary discourse about political correctness in a 2014 podcast for his journal, Radix.

That podcast provides, perhaps, the greatest evidence for how Spencer developed a white nationalist philosophy based, in part, on the work of men whose trademark shared belief was in the significance of “critical theory,” which, according to the Stanford Encyclopedia of Philosophy, “provides the descriptive and normative bases for social inquiry aimed at decreasing domination and increasing freedom in all their forms.”

As Spencer told fellow Radix-mainstay Jonathan Bowden on the program, he thinks that belief is fundamentally conservative.

“Even in the fact of criticizing Wagner, the fact that you treat him as this major figure that must be confronted is way reactionary and has conservative tendencies,” Spencer says, in a transcript provided by the alt-right site Counter-Currents Publishing. He later claims that an essay of Adorno’s, included in a collection of the philosopher’s music criticism published in the early 2000s, contains surprising positive perspectives on Wagner.

It seems, then, as if Spencer might have read Adorno’s discomfort with Wagner in two ways. First, he saw it as something of a validation of the white nationalist’s instinct to isolate himself from schools of thought he finds contrary to his own. Second, and menacingly, Spencer’s claim that Adorno later came to admire Wagner’s famously anti-Semitic thought insinuated that if a Jew could appreciate that discourse, it might have some validity.

More than that, we might never know. The University of Chicago’s Master of Arts Program in the Humanities, contacted with a request to see the title or abstract of Spencer’s thesis, informed the Forward that they’re legally unable to share that information.