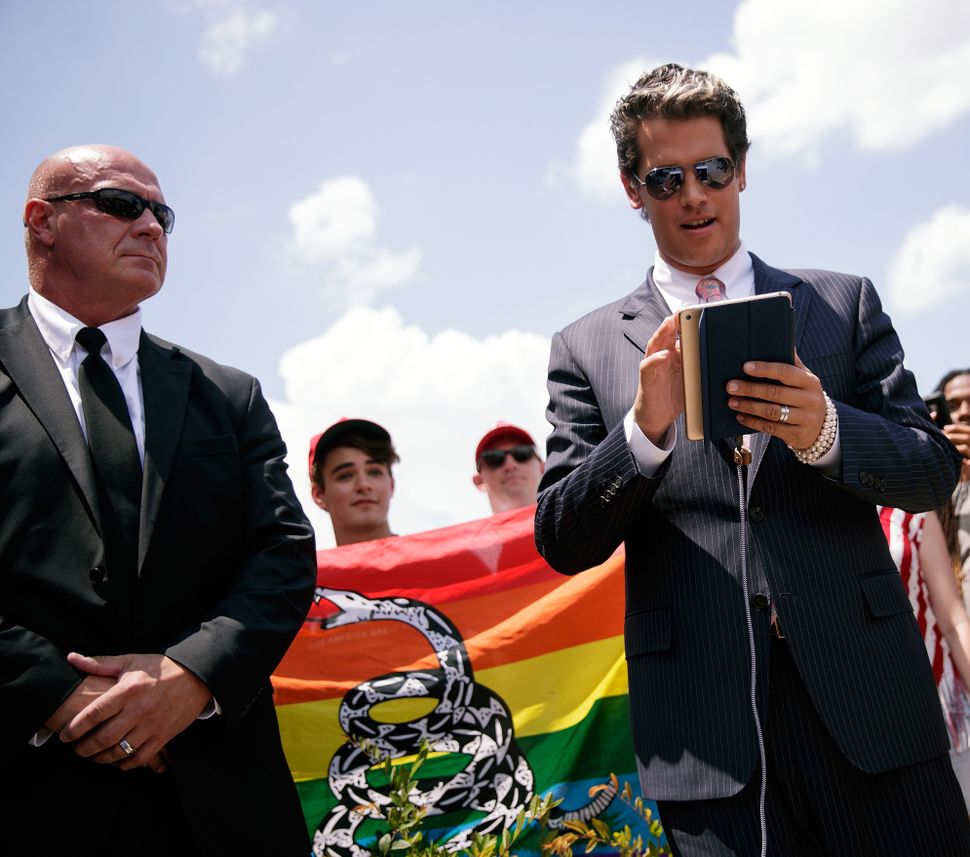 When infamous Breitbart senior editor and proponent of the so-called “alt-right” Milo Yiannopoulos was offered a $250,000 book contract deal from Threshold Editions, a Simon & Schuster imprint, authors, critics, and artists responded with fury. (The Chicago Review of Books, for instance, responded by announcing that it would review no Simon & Schuster titles in 2017.)

Buzzfeed acquired the letter and published it for the masses.

In the letter, Reidy described the meetings Threshold conducted with Yiannopoulos, where the writer pitched his book as a “substantive examination of the issues of political correctness and free speech, issues that are already much-discussed and argued and fought over in both mainstream and alternative media and on campuses and in schools across the country.”

Throughout the letter, Reidy emphasized the company’s admonishment of hate speech.

“I want to make clear that we do not support or condone, nor will we publish, hate speech,” she wrote. “Not from our authors. Not in our books. Not at our imprints. Not from our employees and not in our workplace.”

The notion that Yiannopoulos’ book will not promulgate hate speech may be difficult for the many readers, writers, and celebrities who have vocalized their disapproval of the deal — including actress Leslie Jones, a victim of Yiannopoulos’ online trolling — to believe.

@SimonBooks @threshold_books @simonschuster yea but you still help them spread their hate to even more people.

Reidy situated the letter in a larger national context.

“There is no question that we are living in a time when many are feeling uncertainty and fear,” she wrote. “It is a moment when political passions are running hotter and stronger than at any time in recent history, and cultural divides across the country seem to be getting wider.”

On December 30, Simon & Schuster released a statement to the public responding to outcry over initial news of the book deal, made public by The Hollywood Reporter on December 29. The statement advised readers to “withhold judgment until they have had a chance to read the actual contents of the book.”