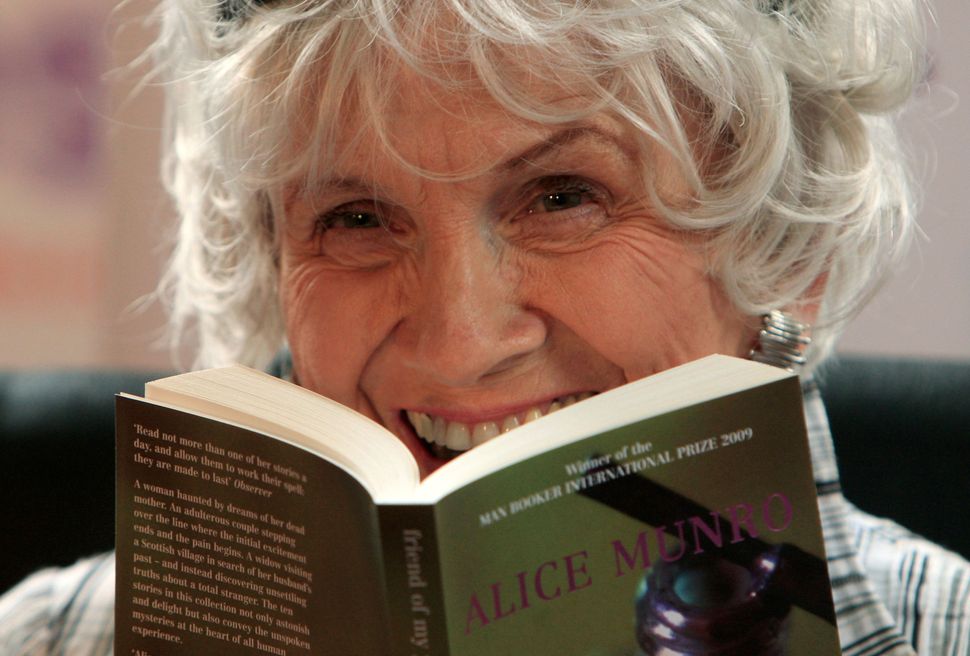 The translated bestsellers include Jonathan Safran Foer’s “Here I Am,” translated as “Hineini,” in Hebrew, which is in the number-two slot, an Alice Munro title in the number-six slot and a novel by Stefan Zweig, who is seriously popular in Israel, in the number-seven slot.

Meanwhile, the only Hebrew title to break through is “Kirvat Dam” or “Blood Relations” by Matan Hermoni, published by Keter Books. The nonfiction situation is a little better, with four Hebrew-original titles out of five slots. But in children’s books, the situation is dire — only one of five bestsellers was first written in Hebrew. That title, a charming biography of Albert Einstein, has received a special government award for excellence.

For decades, giants of Hebrew literature, including the poets Chaim Nachman Bialik and Leah Goldberg, wrote classics for children that went into numerous printings, and were often set to music, becoming iconic lullabies or children’s songs as well. Today, literary luminaries like the novelists Aharon Appelfeld and Meir Shalev also write books for young readers; it is therefore somewhat surprising to observe the tremendous popularity of translated literature for children and young-adult readers.

This week, the diminishing role for Israeli writers on the best-seller list attracted a sharp letter of complaint to the editor of the books section at Haaretz. The letter, by Dr. Mordechai Naor of Hertzliya, began with the sentence— zohi kriyat metzuka, or “this is a distress signal,” in other words, this is the call of a crisis. He called the prior week’s bestseller list a “red light” for all who care about Israeli literature, and pointed out that two weeks ago, out of 21 books on the various bestseller list, just three, or fourteen percent, were originally written in Hebrew.

This situation is fascinating when viewed from an American perspective. In the U.S., just three percent of books published each year are books in translation, and many translators have pointed out that this gives Americans a narrow view of the world. American readers, it seems, prefer Americanized literature. Israel is having the opposite problem: Israeli readers prefer non-Israeli writers, if sales figures are any indication.

But the very survival of Israeli literature and the Hebrew language itself, is under threat if Israeli book buyers do not buy Hebrew books written in Hebrew, a category known in Israel as sifrut makor, and instead flock to international titles.

In his letter, Dr. Naor asked who is to blame for this crisis. He wrote that it is easy to blame readers, who apparently want translated books, but that it may be more rational to consider the role of publishers, who claim this is where the demand is, and who insist that the demand for Israeli books is far lower. He also suggested that perhaps the big bookstore chains in Israel are to blame, because they push translated books. Naor ended with a call to arms, by saying that “whoever knows what to do, should stand up.”

The crisis Naor describes is part of a global problem. Many countries with relatively small populations of readers face threats to their local literature, and therefore have special programs to support writers in the local language. In Norway, the government supports translation; similarly, there are grants to support the translation of Catalan literature, and a representative of the program frequently attends the American Literary Translators’ Association Conference to outline the financial support available.

Israel offers writers payment for each time their books are borrowed from the library, though writers must apply each year for the program; in America, by contrast, writers “lose” a sale when readers borrow from the library. Israeli writers are also eligible to apply for highly-competitive writers’ awards, such as the Sapir Prize, but there isn’t significant national government funding of literature. Overall, however, Israeli writers face an extremely challenging publication landscape, with minimal or nonexistent advances—and major competition from translated literature, often sold at low cost by nationwide bookstore chains. This makes book sales far more critical.

For all these reasons, Dr. Naor’s letter may spark some essential conversations about the importance of supporting writers who write in Hebrew. What Naor did not mention is the global problems Israeli writers face. Israeli writers, who generally lean left politically, are also experiencing more difficulty in the worldwide translation market, due to the BDS movement’s continuing effort to instigate a cultural and academic boycott of Israel.

In 2016, for instance, The New York Campaign for the Boycott of Israel wrote a letter to PEN International asking it not to accept funding from the Embassy of Israel for the World Voices Festival. “This is not, we emphasize, a call to boycott individual Israelis or to deny their freedom of expression,” the letter stated.

But in practical terms, such a campaign does exactly that to Israeli literary writers of all faiths and political persuasions, by proposing to limit the ability of individual Israeli writers to compete in the international literary marketplace — at the very moment when Israeli readers’ openness to international literature is at its height. And so we are seeing a paradox: while Israeli readers have easy access to the world, and the ability to read a variety of viewpoints, Israeli writers’ ability to reach the world with their work is in sharp decline.

Hebrew may be the true casualty of Ferrante Fever, Israel-style, and those who love Hebrew literature should be vigilant. The story of languages proves that a magnificent ancient literature is not enough to keep a language alive — if it were, Homer and Virgil could make Greek and Latin widely spoken. A contemporary literature is essential to a language’s life.

We must remember that Hebrew is the only language in history that has been revived from a largely unspoken tongue to a living language — and literary writers were a large part of that incredible story. Because of this history, and because it combines ancient and modern registers, Hebrew literature has a unique presence on the world literary stage.

In coming months, The Forward will speak to players in Israel’s literary scene for ideas on how both Israeli and diaspora readers can support the continued vibrancy of Hebrew literature at this critical moment, in Israel and abroad. We welcome your ideas, as well.

Aviya Kushner is The Forward’s language columnist and the author of “The Grammar of God” (Spiegel & Grau). Follow her on Twitter at @AviyaKushner