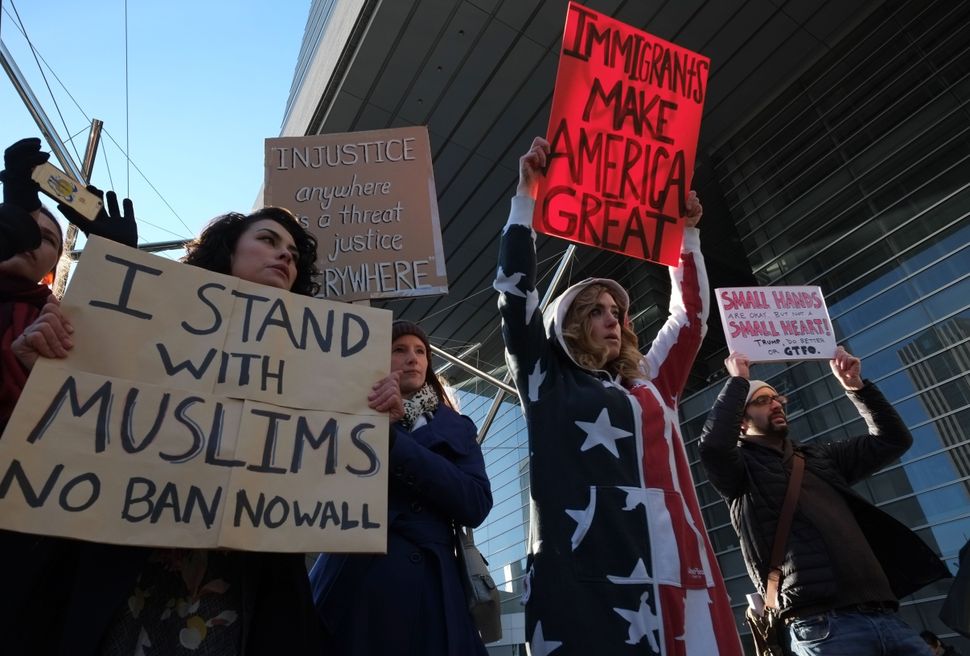 Comma Press is the first publisher to respond to the “Muslim ban” with a pledge to spend 2018 exclusively publishing work from the seven countries whose citizens are currently barred from entering the U.S.

“We have decided to feature on our translation imprint only writers from the countries affected by the ban – Syria, Iraq, Iran, Libya, Somalia, Sudan, and Yemen,” the publisher announced on its website.

“If the only narrative America wants to export right now is the narrative of hate, then we need to look elsewhere,” Comma CEO Ra Page told The Guardian.

“We need to consciously turn our backs on the circus that America is descending into,” he said. “We need to fight this. And make no mistake it will be a fight.”

Comma is developing an imprint devoted to Arabic short-story writers. It has published seven Arabic titles in translation so far.

“We choose to stand in solidarity with a number of our writers who are directly affected by the ban, including all 20 contributors to two prose collections. Hassan Blasim, the Iraqi-born writer and broadcaster, is now unable to travel to the US, despite huge success there with his 2014 novel The Iraqi Christ,” the publisher wrote on its website.

Based in Manchester, UK, Comma describes itself as a “not-for-profit publishing initiative dedicated to developing new writing, with an emphasis on short narrative forms.” On Twitter, U.S-based translators called on American publishers to respond to the “Muslim ban” in a similar way, by publishing work by writers from “banned” countries.

Aviya Kushner is The Forward’s language columnist and the author of The Grammar of God (Spiegel & Grau 2015.) Follow her on Twitter at @AviyaKushner