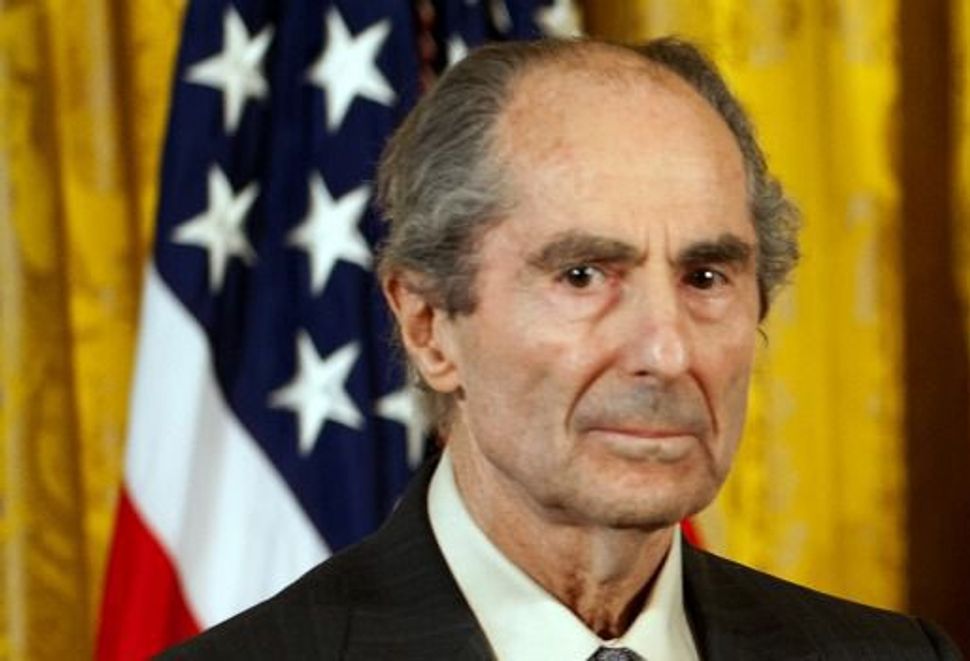 Back in January, Philip Roth gave an email interview in the New Yorker in which he was asked to respond to the election of Donald Trump. In a string of fittingly eloquent invective, Roth called Trump “humanly impoverished,” and “incapable of expressing or recognizing subtlety or nuance, destitute of all decency.”

“It isn’t Trump as a character, a human type — the real-estate type, the callow and callous killer capitalist — that outstrips the imagination,” he said. “It is Trump as President of the United States.”

But Roth is being humble here. Trump did not outstrip his imagination, far from it. If we turn back to an interview Roth gave with the Paris Review (in 1984, of all years), we can see that the language he applied to then President Ronald Reagan is more than fitting for current President Trump.

“INTERVIEWER: But you published a famous essay in Commentary in 1960 called “Writing American Fiction” about the way that intellectuals or thinking people in America felt that they were living in a foreign country, a country in whose communal life they were not involved.

ROTH: Well, that’s the difference between 1960 and 1968. (Being published in Commentary is another difference.) Alienated in America, a stranger to its pleasures and preoccupations — that was how many young people like me saw their situation in the fifties. It was a perfectly honorable stance, I think, shaped by our literary aspirations and modernist enthusiasms, the high-minded of the second post-immigrant generation coming into conflict with the first great eruption of postwar media garbage. Little did we know that some twenty years later the philistine ignorance on which we would have liked to turn our backs would infect the country like Camus’s plague. Any satirist writing a futuristic novel who had imagined a President Reagan during the Eisenhower years would have been accused of perpetrating a piece of crude, contemptible, adolescent, anti-American wickedness, when, in fact, he would have succeeded, as prophetic sentry, just where Orwell failed; he would have seen that the grotesquerie to be visited upon the English-speaking world would not be an extension of the repressive Eastern totalitarian nightmare but a proliferation of the Western farce of media stupidity and cynical commercialism — American-style philistinism run amok. It wasn’t Big Brother who’d be watching us from the screen, but we who’d be watching a terrifyingly powerful world leader with the soul of an amiable, soap-opera grandmother, the values of a civic-minded Beverly Hills Cadillac dealer, and the historical background and intellectual equipment of a high-school senior in a June Allyson musical.”

Of course it’s tempting to say something along the lines of “Roth predicted Trump,” but this isn’t true. Roth’s words about Reagan, so applicable to our own situation, don’t reveal some sort of prophetic ability, but rather the harsh reality that the impulses, fears, hatreds, and nihilistic cynicism that led to Trump’s election have been present in the American psyche for quite some time. For all those speaking of cataclysms (Roth included), the Paris Review interview helps show us that Trump is just a symptom – a terrible one, but a symptom nonetheless.