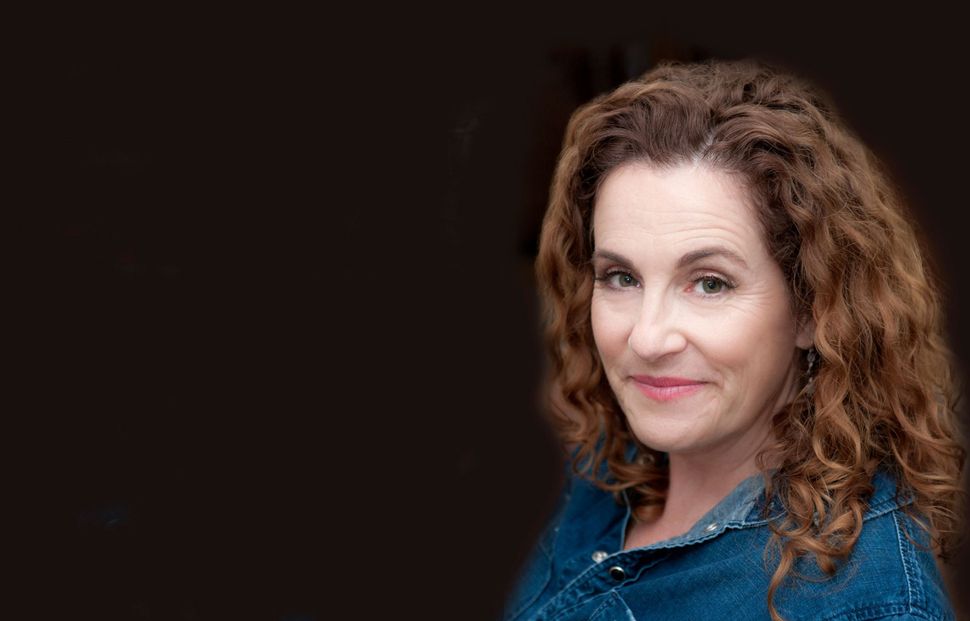 Ayelet Waldman was sewing when she picked up the phone, trying to fix a top with a neckline that dipped slightly too low. Her husband, she confessed, is better with a needle than she is, but she’s learning.

That husband is the novelist Michael Chabon, and when it comes to their shared life — four children; a house in Berkeley, California; an apparently healthy, oft-publicly discussed sexual connection — Waldman is famous for having a concept of personal boundaries ill-at-odds with that of mainstream America. She still gets asked questions about an infamous Modern Love column she penned for The New York Times more than a decade ago, which featured the memorable lines “I am the only woman in Mommy and Me who seems to be, well, getting any” and “I love my husband more than I love my children.”

That breed of unusual openness, at its most salacious, invites public fascination. It rarely reveals details like those of the tableau Waldman described: Waldman with needle and thread, Chabon in the background completing some vague domestic task, a couple making their way through the everyday. 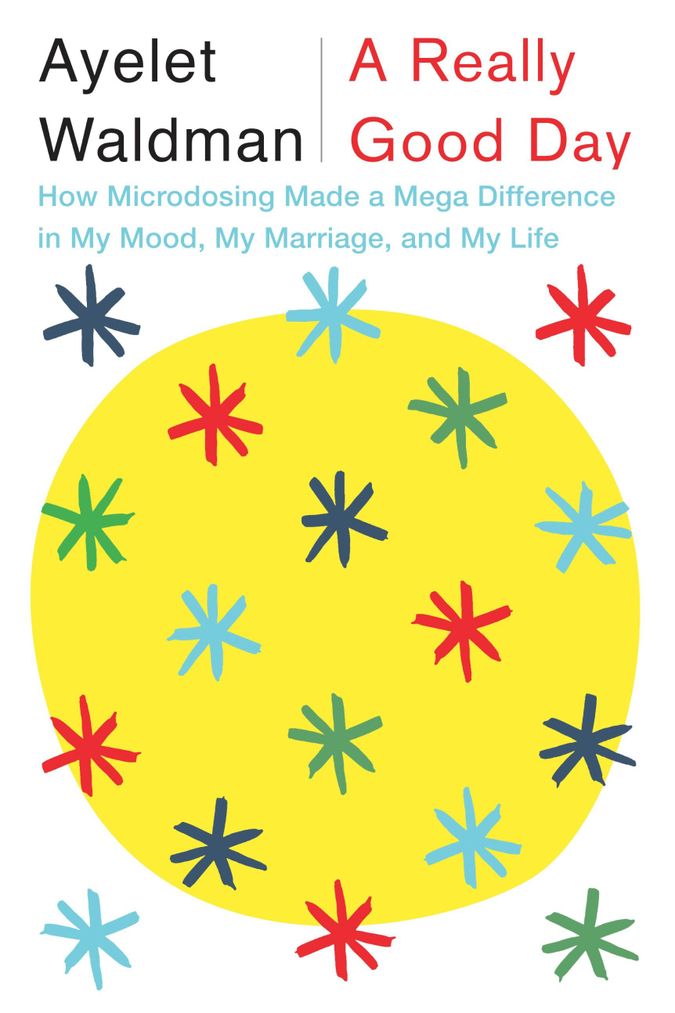 Image by Courtesy of Knopf

Waldman’s new book, “A Really Good Day: How Microdosing Made a Mega Difference in My Mood, My Marriage, and My Life,” brings the day-to-day to the forefront, in terms of both the struggles and the joys she faces in her marriage and, more significantly, in her own mindset and mood. (Yes, in one scene she and Chabon take Ecstasy, then attempt to have sex — it turns out the drug makes them really just want to talk, and not much more — but the amount of salacious detail Waldman includes pales in comparison to the degree of time she spends exploring, say, the surprisingly tricky politics of arranging the couple’s home office.)

For Waldman, a lack of reliable emotional stability has been a source of consistent grief. “For as long as I can remember, I have been held hostage by the vagaries of mood,” she writes in the introduction to “A Really Good Day.”

Having taken any number of drugs in the hope of addressing a series of diagnoses — first bipolar II disorder, “a less serious variant of bipolar I,” later rejected in favor of premenstrual dysphoric disorder, known as PMDD, the most serious variant of premenstrual syndrome — Waldman found herself at a crossroads when she entered menopause. Treatment for PMDD had been helpful, but it lost effectiveness as her menstrual cycle lost regularity. It was at that point of returning depression and emotional uncertainty that Waldman came across the work of psychologist James Fadiman, who has been researching LSD since his days as a doctoral student at Stanford University in the 1960s.

Fadiman was an advocate of the therapeutic capabilities of LSD and psilocybin, both psychedelics, taken in extremely small doses. (For Waldman, he recommended 10 micrograms of LDS, taken once every three days; those ingesting LSD for its psychedelic qualities take 10 to 15 times that amount.) He had been unable to do a full scientific study on the practice — a painful legacy from government-funded experiments with LSD, which began in the early 1950s, has made further experimentation taboo — but he did run a self-study group examining the effects of microdosing. Waldman signed up.

“I didn’t set out to write a book,” she told me of the decision, sewing completed. “It came from this place of absolute desperation. I decided to do the experiment because I didn’t know what else to do.”

“For the first eight to 10 days, I was just focusing on trying to feel better, and for me, part of feeling better is writing. At some point eight to 10 days in, I thought, oh, my goodness, I think you’re writing a book.”

The result is part memoir, part scientific exploration of the often surprising impact of using LSD, opioids and amphetamines, and part damning examination of the United States’ War on Drugs, especially that war’s racist underpinnings.

That last aspect brought Waldman back to her past career as a federal public defender, during which she often worked with clients facing drug-related charges.

Some of the book’s most compelling moments involve stories from that period, many of them centered on clients — mostly low-income people of color — who, tricked by agents of the Drug Enforcement Administration into committing drug-related offences, were issued brutal sentences in punishment.

Remembering one especially abominable instance, Waldman focuses on the DEA informant involved, writing that he had previously escaped conviction for the attempted murder of his wife on grounds of insanity; he was also suspected of absconding with federal money during one of his cases, and had made his place in the agency by entrapping first-time offenders. In the end, she writes, he tried to get Waldman fired by calling her client’s sister, posing as Waldman’s secretary and offering to find the client “‘a better lawyer.’” (The sister recorded the call, and Waldman brought it to the assistant U.S. attorney handling the case, who agreed to dismiss charges.)

At points, stories like that make it difficult to summon empathy for Waldman’s individual struggle. After all, what’s one well-situated white woman’s well-being compared to the systematic, deliberate persecution of an entire, already disenfranchised class of society?

Waldman’s awareness of that disparity goes some distance toward remedying that dissonance. In the book, she is consistently clear-minded about the fact that she has the ability to spend a month taking an illegal drug in relative safety primarily because she is white.

(“Isn’t this the story of America?” she asked me over the phone. “We destroy our society because what we care about, more than anything else, is oppressing black people.”)

Inevitably, some disparity remains between the import of Waldman’s personal story and that of the tales of the drug war she movingly relates. To an extent, that difference feels productive, as if Waldman is using her own notoriety as a way to spread knowledge about the abuse meted out to minorities: Advertising the book, she tweeted out a link to it with the caption “Have you ever said to yourself, Ayelet Waldman must be on acid? Now’s the time to find out.”

That’s a goal Waldman hinted at in our interview. Her previous books have, primarily, been works of fiction, but right now she thinks she may continue trying to elucidate America’s social ills.

“I did a bunch of research on the current state of the opioid crisis and the why and the wherefore,” she said. “I think there’s definitely a book to be written about the relationship between the opioid epidemic and the rise of Trump, not that Trump was a solution [to] the epidemic, but rather a symptom of it.”

Will she write that book? She’s not sure. But she is hoping “A Really Good Day” will have some small positive impact on the world into which it’s been introduced. With Donald Trump as president, and Jeff Sessions — notorious both for a history of racist remarks and for an avowed opposition to legalizing marijuana — as attorney general, Waldman is fretting that the most abusive tactics of the War on Drugs seem likely to return.

“In a world where Jeff Sessions is going to be the attorney general, it’s a plea for sanity,” Waldman said. “To just enjoy the fruits of privilege without taking responsibility is, I believe, reprehensible.”