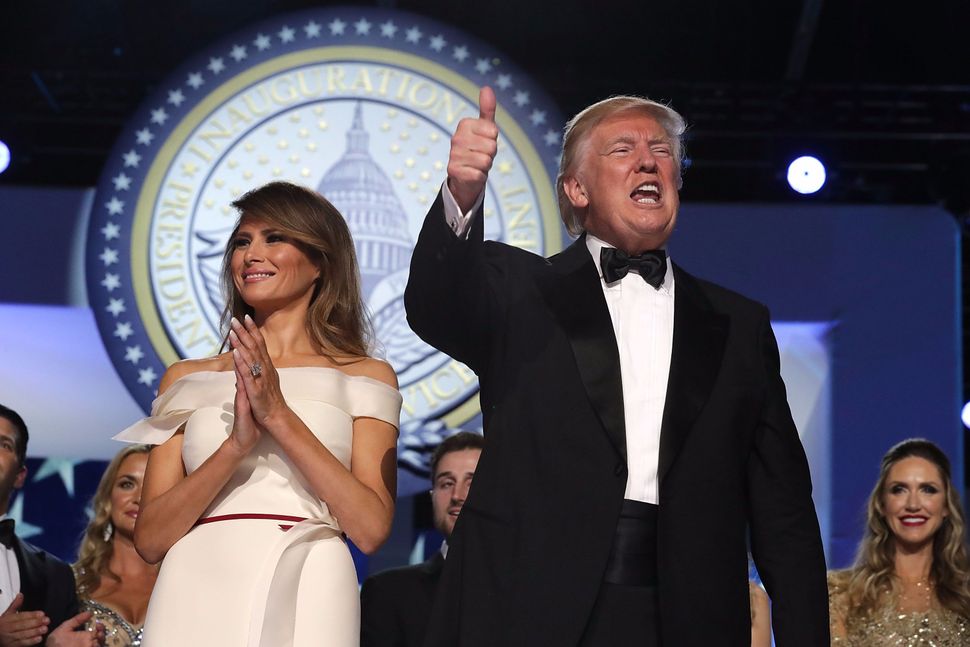 In the (entirely justified) rush to criticize Donald Trump, people are turning towards some outlandish stories in order to sate their (justified) rage. First, there were the crop of false hate crime allegations just post election (we covered one of the false allegations in this article” regarding Trump and Russia. We can also add to the list the false claims of plagiarism from Israeli company Articoolo as reported by Buzzfeed (to be clear, Buzzfeed reported the false claims as false; they did not peddle what Trump would call “fake news”).

Articoolo puts it, “about as intellectually fulfilling as a backwash of used tea leaves.”

You can see where this is headed. According to the Buzzfeed article, writers John Templon and Anthony Cormier were sent an email by a blogger named Kumar who claimed that Trump’s inaugural address had used text generated by Articoolo. A shocking enough claim, and, given the debased English of many of Trump’s speeches, it is not inconceivable that he would use a sort of political SEO to write a speech.

The claim, however, was untrue. With proper due diligence, Buzzfeed investigated the accusation and found no evidence to support the claim. What’s more, they also found that the accuser, Kumar, was himself a made up person (is Kumar “fake news?”). The story gets weirder – “according to a widely used internet tracking service” the same device was used to open emails sent to both Kumar and Articoolo CEO Doran Tal. The implication, denied by Tal, is that Tal and Kumar are one in the same.

It seems convincing enough, but it prompts the question: why would an Israeli CEO pull a stunt like this? Trump’s speeches, especially when he goes off the cuff, are so laughably juvenile in their syntax and content that the allegation of plagiarism reflects more poorly on the original text than on Trump. If he’s stolen from Articoolo, then it’s a software to avoid. So again, why the stunt? Oscar Wilde’s old adage, “There is only one thing in life worse than being talked about, and that is not being talked about,” proves astute yet again – we’re writing about the company, aren’t we?