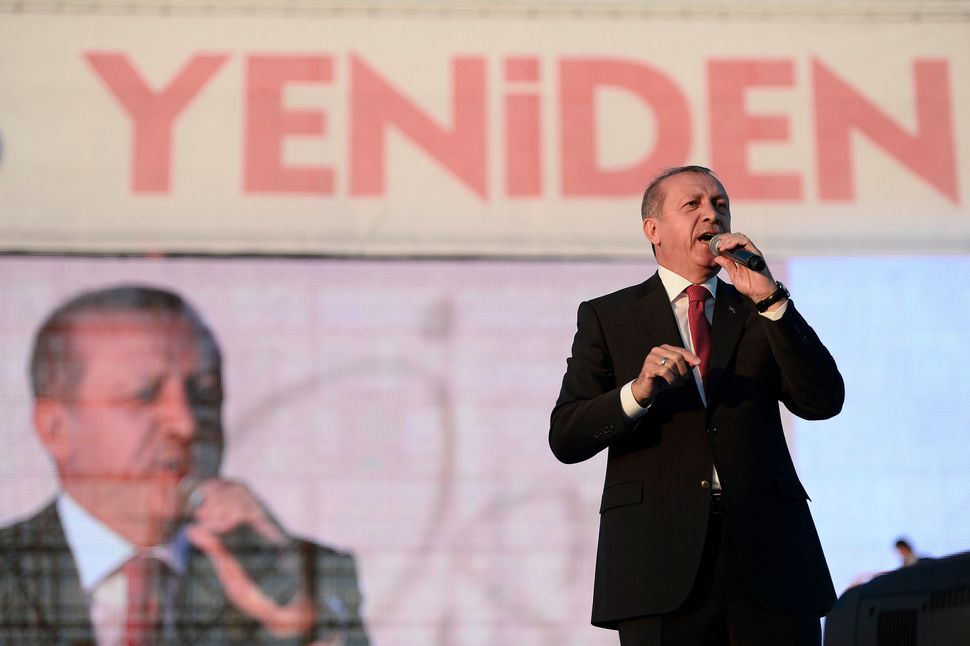 According to a report by the Agence France-Presse (AFP), the magazine Girgir, at one time Turkey’s most successful satirical magazine, was shut down today after the publication of a cartoon depicting Moses. The AFP wrote that the cartoon showed “the bearded Moses leading the Israelites out of Egypt, with his companions complaining and using vulgar curse words.” Girgir’s publishers stated that they “did not approve of the ‘unpleasant’ cartoon” and have fired the magazine’s staff.

The cartoon has drawn criticism from Jews and Muslims alike. Moses, as we know, is a revered prophet in the Jewish religion, but is also considered a prophet by the Muslim faith. Ibrahim Kalin, a spokesman for the Erdogan regime tweeted that the cartoon “has nothing to do with freedom of speech or humor. This is immoral and a hate crime.” Shalom Ivo Molinas, the editor in chief of Istanbul’s Jewish weekly also joined in on the condemnation, tweeting “What a disgrace! What disrespect!” 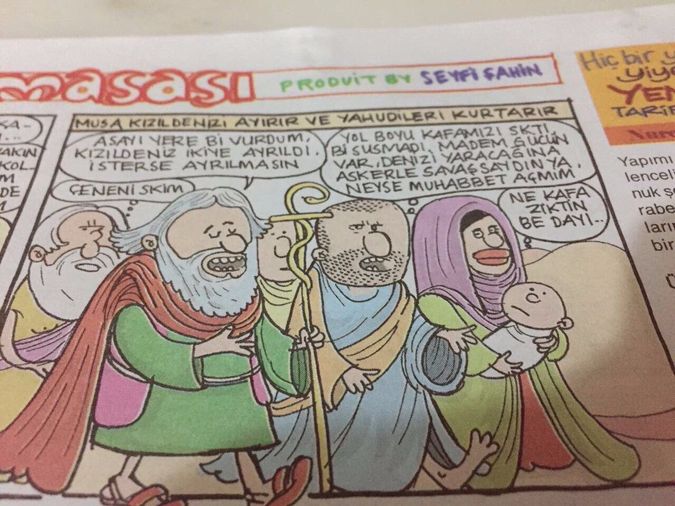 The magazine, which has a history of secularism and of criticizing the Erdogan regime, is the latest casualty in Turkey’s war on the free press. According to an article in The Guardian, in August 2016, just after the attempted coup in Turkey, the Erdogan regime “ordered the closure of 102 media outlets, including 45 newspapers, 16 TV channels, three news agencies, 23 radio stations, 15 magazines and 29 publishing houses.” Additionally, arrest warrants were issued for over 100 journalists and “a total of 2,308 media workers and journalists” were fired from their posts. In October 2016, the regime closed 15 media outlets, and arrested the editor in chief of an opposition outlet. In November 2016, the New York Times ran an article stating that Erdogan had jailed 120 journalists since the July coup attempt. In December, Human Rights Watch issued a statement in which they assert that “Turkey’s government has all but silenced independent media in an effort to prevent scrutiny or criticism of its ruthless crackdown on perceived enemies.” In the new year, Erdogan’s assault on free speech and free press is clearly continuing without a hitch.